Facts
When a dog is diagnosed with Diabetes Insipidus it is essentially suffering from a disorder of water balance because of decreased production/levels of antidiuretic hormone (ADH). It causes the dog to get rid of highly diluted urine in huge abnormal quantities, because ADH is what regulates the kidneys’ power to absorb water. The disease attacks the animal’s kidneys, stopping them from reabsorbing water from fluids at a normal level. In some cases it can even cause the kidneys to be unable to respond to ADH at all.

This disease should not be confused with Diabetes Mellitus, which is a very different disease.

Causes
In some cases the cause of Diabetes Insipidus will be clear while in other cases it will occur for no known reason (idiopathic). For some animals the disease is inherited and then labeled congenital Diabetes Insipidus. In other cases the dog may be predisposed due to hyperadrenocorticism, kidney failure, liver disease or perhaps pyometra. Anything that affects the kidney and its ability to produce ADH can lead to the disease. Even brain cancer or head trauma can affect the production of antidiuretic hormone (ADH).

There are two forms of the disease which are Nephrogenic (NDI) and Central (CDI). When the production and release of ADH is compromised by the hypothalamic-pituitary system, it falls into the category of CDI. The problem is that there is very little or no ADH at all. This is likely caused by a brain tumour, a head injury, or even genetics. Then again, sometimes there seems to be no cause. The other form, NDI, involves the kidneys no longer being able to use ADH. In this form there is enough ADH available but the kidneys are not gathering it and using it. Causes have been known to lead back to genetics or even the use of certain drugs.

With both forms the animal may develop it later in life or be born with it.

Prevention
Unfortunately because the causes are so varied, there is no way to prevent the development of Diabetes Insipidus. It’s always a good idea to avoid circumstances and situations where the dog will have an increase in water intake or water loss.

Symptoms
Symptoms may include:

Dogs at Risk
With this disease no particular age, gender, or breed has a predisposition of developing Diabetes Insipidus.

Testing and Diagnosis
One of the first steps in diagnosing the animal is to rule out other diseases so the veterinarian gets a better idea of what’s going on. Diseases that will need to be ruled out are Diabetes Mellitus, renal failure, Cushing’s Disease (hyperadrenocorticism), pyometra and liver disease. A urinalysis will show unconcentrated urine or abnormally dilute urine.

Advanced diagnostic tools will be needed to figure out if it is Nephrogenic or Central Diabetes Insipidus (NDI or CDI) or whether it’s idiopathic polydipsia or psychogenic. To ensure there is no tumour, the pituitary gland may also need to be looked at.

Likely a water deprivation test will be performed. The goal of this test is to see what happens when water is withheld, if they are in turn able to produce concentrated urine as water.

Treatment and Prognosis
Dogs with Diabetes Insipidus must have fresh water available to them at all times in order to prevent cellular over-hydration.

For a dog that is diagnosed with CDI, a desmopressin drug will be given. This drug will act as though it is ADH. It’s available as a DDAVP, which can be administered as a liquid injection, a tablet, a liquid used in a rhinal tube, or as a nasal spray.

A dog with psychogenic polydipsia or NDI will need a different type of treatment. A thiazide diuretic drug can be used to boost the levels of sodium and water reabsorption through the kidneys and will lower the level of urine output. One example is chlorothiazide, which concentrates the urine by helping the kidneys. In this case a diet low in sodium can also help.

For those with idiopathic or congenital Diabetes Insipidus, and for many animals with CDI, the response to the oral treatment is usually quite good. They will often go on to live normal, full lives. Those diagnosed with CDI due to pituitary tumours and those with NDI are given a more cautious prognosis.

Diabetes Insipidus doesn’t have a cure but can be managed effectively. The key is early diagnosis and treatment. 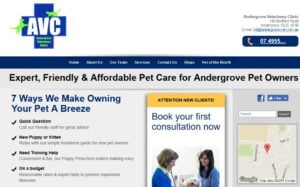 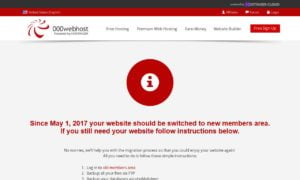 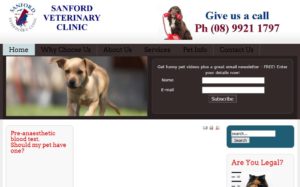