Hormones are chemical messengers that influence the activity of cells and tissues all round the body. The first hormones to be identified were those produced by discrete, visible glands, such as the thyroid and the pituitary. Later, scientists discovered other messengers, including the brain biochemicals dopamine and serotonin, and trace chemicals called cytokines. New cytokines are being discovered almost monthly, and this is an area where some of the most exciting advances in therapy are being made.

Pituitary disorders
The pituitary is the “master gland” at the base of the brain, and it controls much of the hormonal, or endocrine, system. The most common clinical pituitary disorder is diabetes insipidus (unrelated to sugar diabetes, or diabetes mellitus). This condition is due to lack of production of antidiuretic hormone (ADH) – a hormone that instructs the kidneys to concentrate urine. An affected dog will drink and urinate in excess. The disease can be treated with synthetic ADH hormone (called DDAVP), given as eye drops or tablets.

Thyroid disorders
Thyroid hormone regulates the body’s metabolic activity. Its activities are highly diverse, so clinical signs of thyroid disease vary enormously.Underactivity of the thyroid gland, or hypothyroidism, is a greatly underdiagnosed condition, and may in fact be the most common hormonal problem in dogs. In four out of five cases, the condition is thought to be triggered by an infectious disease, resulting in an overreaction by the immune system, producing antibodies that attack and destroy thyroid cells. Common signs of the condition include weight gain, reduced exercise tolerance, thinning hair, and lethargy. Affected individuals can also develop skin infections, poor hair quality, weakness, increased skin pigmentation, and a “tragic” facial expression.

Treatment with the thyroid supplement L-thyroxine is extremely effective. A treated dog will quickly become more alert and willing to exercise. Weight loss is obvious within weeks but coat changes take much longer, perhaps up to 12 weeks. If the thyroid gland is overactive, the rare condition of hyperthyroidism develops. The affected dog has a voracious appetite but loses weight, and usually drinks and urinates more. Hyperthyroidism is usually caused by a hormone-producing thyroid tumour.

Adrenal gland disorders
The adrenal glands – located beside each kidney – produce the hormone cortisol, vital for life-sustaining metabolic activities. Overactivity of these glands causes Cushing’s disease (hyperadrenocorticism). Small terriers, Poodles, Cavalier King Charles Spaniels, and Boxers are particularly prone to this condition. An affected dog drinks and urinates excessively and is constantly hungry. It can develop a potbellied appearance and lose hair from its body, but not from its head or legs. The dog will pant more and become weaker and more lethargic. Skin infection (pyoderma) is also not uncommon. Treatment for Cushing’s disease varies depending on the cause of the disorder. Affected dogs are usually treated with trilostene or ketoconazole to reduce the overproduction of hormone, but if the condition has been caused by an adrenal tumour, surgical removal of the tumour may be the most appropriate treatment. If the adrenal gland is underactive, this causes hypoadrenocorticism, or Addison’s disease. This condition often develops when the dog’s immune system destroys adrenal gland tissue.

Common signs are loss of appetite, lethargy, depression, weight loss, and weakness; however, the illness is intermittent, and because it comes and goes, it is difficult to diagnose. The breed most predisposed to Addison’s disease is the Leonberger. Affected dogs are generally treated by replacing the hormones in which they are deficient 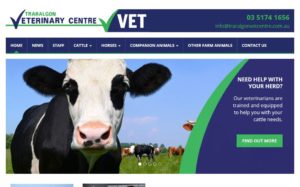 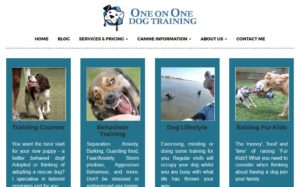 One on One Dog Training 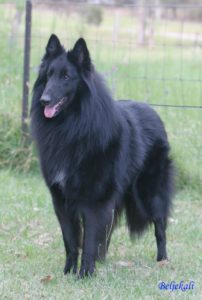