Causes
The two types of bronchitis, chronic and acute, are brought on in very different ways. The chronic form has a slow onset and the cause is unknown in most cases. This form of the condition is not curable but is treatable. The effect of chronic bronchitis on dogs is that their airway becomes narrowed and thickened, which is why the dogs have a hard time breathing. The dogs will suffer from chronic coughing.

In the case of acute bronchitis, the cause is usually clear. It will have a sudden onset and is usually the result of a viral or bacterial respiratory infection. However, this isn’t the cause in all cases. Such things as household dust, room deodorizers, cleaning products that have irritating scents, chemical fumes, and powdered feed products can all lead to acute bronchitis as well.

Prevention
Due to the fact that the cause of chronic bronchitis is unknown, it is hard to prevent that particular form of the condition. However, when it comes to acute bronchitis, an owner can do a few things to help prevent it, such as keeping the house clean of chemicals, airborne fumes, and irritants.

Symptoms
There are a number of symptoms to watch for when a dog is suspected of having bronchitis. They may include:
– fever;
– a hacking, dry cough;
– wheezing;
– lethargy;
– rapid breathing;
– difficulty breathing;
– exercise intolerance; and
– gagging, retching and passing of a foamy saliva following a coughing fit.

It’s important to note that those dogs with a hacking dry cough that lasts for more than two months are likely suffering from chronic bronchitis. In this form of bronchitis the cough is often triggered by such things as stress, exercise, activity, and pressure on the trachea. It also seems to flare up at night.

Dogs at Risk
There is no particular age or gender of dog that is more susceptible to bronchitis. It has been shown that toy breeds and small breed dogs are a bit more prone to chronic bronchitis, but large breed dogs can still develop it. Those breeds at higher risk include Cocker Spaniels and West Highland White Terriers. Another risk factor is obesity, as it is many obese dogs suffer from chronic bronchitis.

Testing and Diagnosis
In order to determine if the dog has bronchitis, diagnostic tests will need to be performed. Tests will begin with a physical examination by the veterinarian and a medical history. The veterinarian will want to see if he or she can get the animal to cough to listen to the dog’s lungs. The vet will be looking for wheezing and crackling sounds.

Other tests that may be necessary include chest X-rays, urinalysis, and blood tests. Samples can be taken from the airways themselves for more conclusive results. This is done by flushing respiratory airways and trachea in order to gather the fluid to be sent for testing.

Treatment and Prognosis
The goal of treatment is to reduce the amount of inflammation in the airways. Treatment of bronchitis will involve a number of different things and is often more complicated in those dogs suffering from the chronic form of the ailment. For those with acute forms, treatment options will include anti-inflammatory medicine, bronchodilators, cough suppressants, and/or antibiotics. One option may be all that is needed, or a combination of treatments. For dogs having a very hard time breathing, hospitalization may be the answer. In most cases anti-inflammatory drugs will be the best option.

When treating chronic bronchitis the answer isn’t so cut and dried. Owners can help the dog by looking closely at its living environment. This will mean taking away anything that might be playing into the dog’s conditions like cigarette smoke, air deodorizers, perfumes, dust, carpet cleaners, and other irritants. Likely an anti-inflammatory medicine will be prescribed for this form of bronchitis as well. Although it won’t cure the dog, it will significantly help.

It should be noted that no matter what form of bronchitis the dog may have, weight loss is essential in the recovery process if the dog is obese.

For dogs that receive proper treatment, prognosis is extremely good. As long as the condition is managed, the dog will be able to make an almost full recovery. Bronchitis is not often life-threatening. 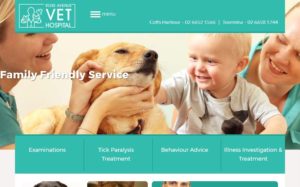 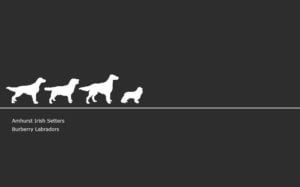 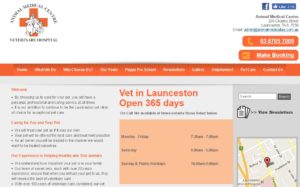 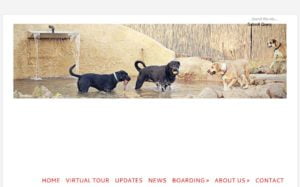