Facts
Bird Flu, also known as Avian Influenza or H5N1, is a viral infection that was found in large amounts of wild birds and poultry in Africa, Asia, and Europe. H5N1 is in fact a subtype of the Influenza-A virus, which causes the flu in birds. It is called “Bird Flu” because the virus has found a way to adapt to birds. These birds went on to rapidly spread it to humans and now it has been shown that dogs are also able to contract the illness. The illness has moved on to canines in Asia and Europe; however, in a very small amount of cases at this point.

Besides dogs, there have been cases of other domestic animals contracting Bird Flu, which include birds (domestic house-birds), cats, pigs, and ferrets.

In the last decade Avian Influenza has really stepped into the spotlight. Since then it has become quite well known and got a lot of attention due to the fact that it can be lethal to humans. Statistics show over 300 humans have died from it, and millions of birds. Although it passes very easily from bird to bird, humans contracting it is much more rare, with the incidence of dogs and other domestic pets contracting it being even more rare.

Causes
In order for a dog to contract the illness, it needs to have been in direct contact with infected poultry or wild birds. This contact means the dog eats an infected dead bird, or even just chews on it.

Prevention
Prevention methods depend on where you live and if your country is affected by Bird Flu. Those living in countries that have cases of dogs contracting bird flu will need to take quick measures to
ensure the dog stays healthy.

The most common way dogs contract the illness is through direct contact with birds that died of Bird Flu. Right away an easy thing for an owner to do is to cut out hunting with the dog. This eliminates the possibility of the dog finding a dead bird that is/was infected with H5N1.

Symptoms
It is important to note that not all dogs infected with Bird Flu will show outward symptoms, which makes it hard to detect. As well, the symptoms could be due to a number of other illnesses, so Bird Flu isn’t always the first suspicion. The one thing to note is that generally in cases of Bird Flu the symptoms will move from mild to severe extremely quickly. Some of the symptoms the dog may exhibit include:

Bird flu spreads quickly and can kill a dog quite fast. If symptoms go from mild to severe relatively fast, the dog should be taken to the veterinarian. Dogs have died in as short as four days once contracting the illness.

Dogs at Risk
Dogs are only at risk of contracting Bird Flu if they are exposed to it through an infected bird. At this point there haven’t been any reported cases of it found in the United States or many other countries. There are many other strains of influenza that don’t affect dogs at all, because they are immune to them. Some believe there is a chance dogs may even have a natural immunity to Bird Flu as well, but it is not known for sure.

Testing and Diagnosis
For a dog that is believed to have Bird Flu, a diagnosis will be done through a blood antibody test. The veterinarian will also need to gather additional information for a conclusive answer. Samples will be taken from the lungs, nose, and throat. These tests results will all be analysed to form the diagnosis.

Treatment and Prognosis
Because H5N1 is not well-understood in dogs, there isn’t a certain treatment that is used or prescribed. If a dog has H5N1 the goal is to keep it stable through such methods as supplements, hydration, and keeping the dog warm. Unfortunately unlike humans, there is no vaccine for dogs to prevent them from contracting the illness.

Due to the fact that many dogs don’t show symptoms it’s possible the dog may have it without it ever being detected. Prognosis is then hard to determine as it’s not even an absolute which animals may be carrying the virus, therefore treatment may never be administered. 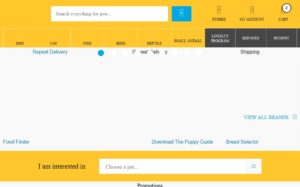 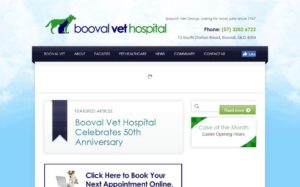 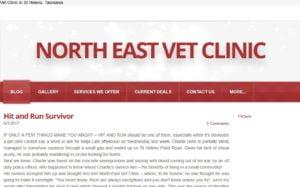