The United Kennel Club (UKC) is the second oldest all-breed registry of purebred dogs in the USA and the second largest in the world. The club records around 250,000 registrations annually. (Compare this with the American Kennel Club which registered just over 900,000 dogs in 2003.)

The UKC was founded by Chauncey Z. Bennett in 1898. The UKC states that Bennett formed the club in order to provide a registry for working dogs as opposed to the AKCs emphasis on dog conformation. Detractors claim that the club was originally formed so that the founder could register his American Pit Bull Terrier, Bennetts Ring.

Bennett conceived and promoted the concept of the “total” dog, that is, a dog that performs as well as it looks; in which intelligence and working ability was as important as conformation to the show bench standard. Whatever the true impetus behind the founding of the UKC, Bennett found a marketing niche among the owners of herding and hunting dogs. The UKC was innovative in the establishment of competitions and the use of DNA testing to establish parentage. Later, the club expanded into other areas, including dog sports and more recently conformation, and today sponsors a variety of conformation, obedience, hunting, and agility shows and trials. The UKC has proved a significant enough challenge to market share that the AKC has expanded into other areas of dog fancy as well.

The current president of the UKC, Wayne Cavanaugh, is a former Vice President of AKC. In a 2000 interview with BJ Andrews for thedogplace.com, Cavanaugh defined the UKC as “a performance dog registry” and advocated cooperation rather than competition between the two clubs.

There are three ways to register a dog with the UKC: 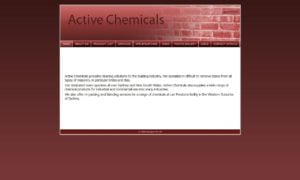