The Tosa Inu is a large breed of dog that originated in Japan in the 18th century. The breed was named for the region in which it was developed. Tosa is a coastal region that is now known as Kochi. It was developed using the stock of large breeds such as the Bulldog, Saint Bernard, Great Dane and native Japanese breeds with the intention of using the breed in dog fighting. Though the activity is now confined to underground rings, the Tosa Inu is often associated with aggressive behaviour, despite its ability to be an affectionate and trustworthy companion dog.

This breed usually won fights against other dogs due to its size and strength and it is has earned a reputation as a dangerous breed. The Tosa Inu considered illegal in many countries around the world, including Australia. Despite public perception, the Tosa Inu has the potential to be a loyal and dependable dog so long as it has proper training and guidance from its owner.

The Tosa Inu is considered a rare breed, due in part to its limited acceptance throughout the world. The breed is presently most popular in its native Japan.

The most recognisable characteristic of this breed is its large size. The Tosa Inu measures 55-65 cm in height with an average weight of 45-80 kg. Its size can vary wildly, though even the smallest Tosa Inus are considered a large breed.

The build of this breed is athletic and muscular. Its physique is highlighted by its short, sleek coat, which comes in a variety of colours, including fawn, red, yellow and black. The coat may be solid, multi-coloured or brindled. The coat of the Tosa Inu is low-maintenance and requires little more than occasional brushing.

The Tosa Inu’s head is massive and its dark eyes and long, thin ears are small by comparison. The jaws and muzzle of this breed are strong and powerful.

The size of the Tosa Inu may appear intimidating, which works in its favour as a guard dog, however the demeanour of this dog is gentle and calm with proper training. It has a loud and powerful bark and will gladly warn its family of intruders, though it is generally welcoming of those who approach in a friendly manner. In threatening situations, the Tosa Inu has a reputation of being brave, courageous and protective. It is a very intelligent breed that learns quickly and enjoys praise from its owner.

As a result of its history as a fighting dog, this breed can be prone to aggressive behaviour if it is not trained by a calm, yet authoritative owner. This breed is not recommended for first-time dog owners, as training of the Tosa Inu requires experience. This dog has the potential to be a wonderful household pet that gets along well with children and other animals. Outside of the home, care should be taken to provide proper supervision when the Tosa Inu engages with other dogs. Early and frequent socialisation will help this breed adapt well to life with other animals.

Despite its massive size, this breed does not require a great deal of exercise. The Tosa Inu is content with a daily walk and time spent outdoors in a fenced in yard. It prefers to remain in close proximity to its family rather than spending time alone.

As a result of the grand size of the Tosa Inu, the breed may be prone to hip dysplasia. This type of dog may also be more susceptible than others to gastric torsion, more commonly referred to as bloat.

The average lifespan of a Tosa Inu is 9-12 years, which is average for a dog of this size. 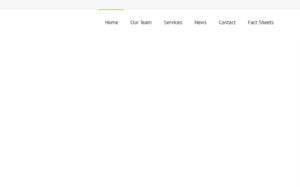 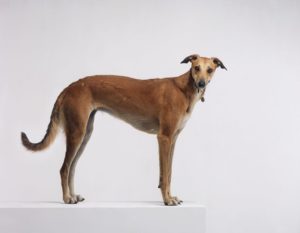