Description – The Thai Ridgeback breed has a very distinctive look and sports a loose coat of very dense hair. The color of the coat can vary widely and the colors may include brown, black, blue and silver. One distinguishing feature that is unique to this breed, and is only shared with two other dogs, is a visible ridge of hair that runs the entire length of its back. This hair lays in the opposite direction of their natural coat and creates a ridge down the length of their bodies. Their frame is strong and muscular with the dog’s head set high on a broad neck.

Origin & History – This breed of dog is thought to be one of the oldest in the world and originated in ancient Thailand over 2000 years ago. It was originally prized as a guard dog and also made an excellent hunting companion. Through years of natural breeding, the dog has taken on a very consistent appearance in its current form. While still considered a somewhat native breed to Thailand, these dogs have begun to thrive in other parts of the world as owners come to understand their fierce loyalty and playful nature.

Temperament – The Thai Ridgeback bonds very strongly to their owners and family and will react aggressively to strangers. They have a natural inclination to protect their home and family and because of this they make wonderful guard dogs for the property. They will take their time getting to know new people but will extend their protective bond to familiar faces eventually. Because of its alpha tendencies, the Thai Ridgeback requires a strong owner that can lead the dog and train them. The breed will respond well to commands and is very intelligent once accustomed to the family members. The key to incorporating this dog into domestic life is starting early. Thai Ridgeback pups are much more likely to acclimate well than older dogs.

Exercise & Grooming – Since the Thai Ridgeback is a very active dog by nature, it is essential that you provide adequate exercise through daily walks. The dog needs this exercise to be able to maintain good health and release energy. A Thai Ridgeback can be a good apartment dog as long as they get the exercise they need to thrive. They are better suited to warmer climates and do not fare well in the cold. Even though they sport a dense coat of hair, it won’t protect them from freezing temperatures since they are more accustomed to the warmer climates of their native Thailand. The breed is a very clean dog that would do well with an occasional brushing to remove loose hair from their coats.

Health Concerns – Because of its somewhat wild origins, the Thai Ridgeback is a very healthy dog that has extended its lifespan through natural selective breeding. It has no chronic health concerns and can lead a long and healthy live with a well balanced diet and plenty of exercise. Because the dog is a natural protector, there is the risk of injury from fights with other dogs that enter its space. This threat can be minimized through controlling access to the area they consider home and always walking them on a leash when in public. 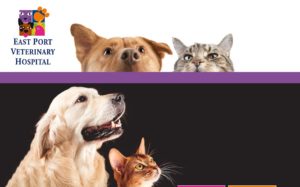