Description – The Tenterfield Terrier is a native Australian breed that shares an appearance with other branches of the Terrier tree. This breed is somewhat smaller than other Terriers and was developed to primarily hunt small vermin and game. Because the breed was created as a working dog and not a show dog, its looks can vary considerably within the breed. The Tenterfield Terrier can be found in a range of colors and coat styles and can vary in size somewhat as well. In general they are typically found with coats that present a combination of black, brown and white and are smooth to the touch. The dog is not as muscular as other Terrier breeds but can be just as tenacious. In fact, its curiosity and bravery can sometimes get it into trouble when it encounters larger dogs or other dangerous animals like snakes.

Origin & History – The breed originated in England and was further developed in Australia as an alternative to the larger Terriers already available there. It was bred to be small enough to chase vermin like mice and rats from a farm or home and also used for hunting smaller game. Its diminutive size allowed it to invade smaller dens and denser brush than larger dogs, which proved very effective for hunting. The breed was started over 200 years ago and has become a very popular animal that can be found in many homes and farms across the country.

Temperament – The Tenterfield Terrier is a naturally aggressive dog when it comes to prey. It is quick and agile and will pursue game or vermin relentlessly until caught. It is also a very gentle companion and can switch off its energetic side when relaxing with the family. It loves to play and interact with its owners and is an intelligent animal that can be taught to respond to many commands. It is also great around other animals and will naturally find its place among these other pets. This breed of dog requires a strong willed owner that can help it understand its behavioral limits in the home.

Exercise & Grooming – This breed has an innate need to run and is well suited to a farm or home with a larger yard where it can play freely. It also makes a good apartment dog as long as it has a daily walk and can run off lead a few times a week at a local dog park. Unlike many other dogs that are satisfied with a regimented walk, the Tenterfield Terrier needs to run freely as part of their exercise routine.

Health Concerns – This Tenterfield Terrier is a very healthy dog that will live a full and long life with the proper diet and exercise. Since the Tenterfield Terrier is a high-energy breed, it requires adequate outdoor walks and runs to maintain a healthy weight. It should also have its teeth brushed several times a month to avoid oral problems and its nails should be trimmed every few weeks. The breed itself has no consistent health issues that put it at any greater risk than other types of dogs. One last concern is that this breed may interact with prey if left unattended and these encounters may put the dog at a greater risk of injury over time. 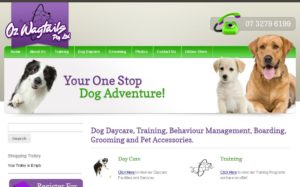 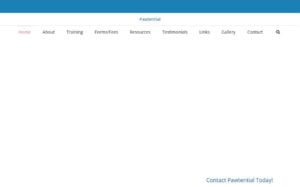 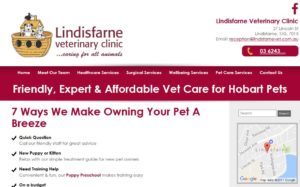