The Saint Bernard is a massive utility breed that has been prized for its search and rescue skills for many centuries. Named for the patron saint of snow sports such as skiing and hiking, the Saint Bernard breed is credited with saving countless lives. The mountainous region between Italy and Switzerland known as the Alps often poses a danger to those traveling or skiing through it. When people became lost or buried by an avalanche, the Saint Bernard used its powerful nose to locate them and pull them to safety. The enormous size also served as warmth until people could be brought to a warmer location.

Historically, the Saint Bernard is known as one of the Molosser breeds, tied to ancient Roman dogs. It is also thought to share ancestry with several other large breeds including the Newfoundland, Swiss Mountain Dog and the Tibetan Mastiff. The breed was developed over 1,000 years ago in Switzerland and has long since been treasured for its heroic rescue efforts.

Approximately 200 years ago the Saint Bernard had to be redeveloped because its population was drastically reduced following several years of extraordinarily harsh weather. The breed had to be crossed with other large rescue dogs, so the Saint Bernard is no longer in its original form. The breed is still used for its original purpose in the Alps and other cold mountainous regions, though it is primarily kept as a pet today.

The Saint Bernard’s signature characteristic is its gigantic size, as it typically measures 60-70 cm in height and a massive 60-90 kg in weight.

The Saint Bernard has a thick, heavy coat that enables it to withstand cold weather. The coat comes in both longhaired and shorthaired varieties and is generally a combination of white, mahogany and tan in colour. Black is also a common colour, particularly on the dog’s face and ears. Though the coat of this breed is not considered high-maintenance, brushing the coat several times a week will help to reduce shedding.

The eyes of the Saint Bernard are typically brown in colour, though they may also be a shade of light blue. They are droopy in appearance and are wide-set on the dog’s large, square-shaped head. The Saint Bernard has a short, wide muzzle, though its powerful nose is one of its strongest characteristics. The ears are set low and fall loosely on either side of the dog’s head. The dog has a tall, muscular body with strong legs and large feet. Its thick tail is long and feathered.

Though its large size may be intimidating, the Saint Bernard is a tremendously kind, intelligent and affectionate breed. It adores its family and prefers to always be in close proximity to its loved ones. They are generally known to get along well with other animals and children. Small animals and children should be supervised around this breed, not because it is aggressive, but because of its large size. It is the Saint Bernard’s appearance and loyalty that make it a good guard dog, though it is not prone to barking or hostile behaviour.

The Saint Bernard does not need a tremendous amount of exercise. A daily walk will suffice and care should be taken not to overexert a young Saint Bernard, as it may cause growth problems with the dog’s bones.

This breed does very well in cold weather, but does not have the same high tolerance for warm weather. It can live outdoors in cooler weather so long as it has proper shelter, but it will always prefer to be close to its family.

Unfortunately there are quite a few conditions that may plague the Saint Bernard. These include hip and elbow dysplasia, which are genetic. They are also susceptible to certain cancers, such as bone cancer, epilepsy, cardiomyopathy, gastric torsion and eyelid abnormalities like entropion and ectropion. Choosing a Saint Bernard from a reputable breeder will help to minimise these problems, as will genetic testing.

The Saint Bernard is likely to drool and snore, though these do not pose a health risk to the dog.

Due to its enormous size, the Saint Bernard does not have a very long lifespan. Barring any serious health conditions, the average dog of this breed lives to be 8-10 years of age. 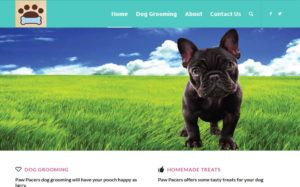 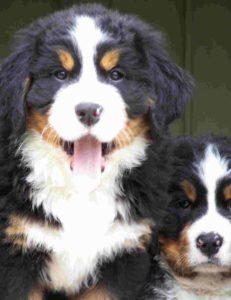 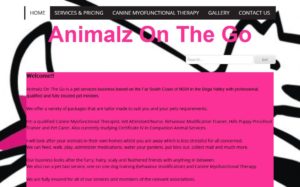 Animalz On The Go 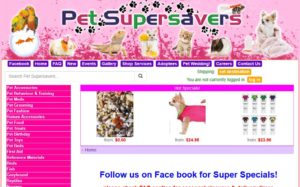