The Schapendoes is a breed of sheepdog hailing from the Netherlands. It was originally bred to provide assistance with livestock on rural farms, though its specific duties have always been largely regionalised. It is thought to be directly related to several well-known herding breeds such as the Old English Sheepdog, the Briard and the Puli.

Sometimes referred to as the Dutch Sheepdog, the Schapendoes is native to the northeastern part of the Netherlands. Though the breed may have gotten its start longer than the past 150 years, it was not until the late 1800s that it began to receive attention as a breed. Unfortunately, much of its population was lost during World War II and though its population was eventually stabilised, the breed remains rare today.

The signature trait of the Schapendoes is its long coat, which gives it a naturally rugged appearance. The coat is typically a mixture of white and black, though white and brown are also seen. Virtually any colour is accepted in this breed’s coat. Though the fur may drape down in front of this breed’s eyes, it is customary to let the hair fall naturally rather than to clip it or tie it back. Frequent brushing is very important in preventing this coat from tangles and mats. The thick double coat is naturally wavy and rugged.

Though an abundance of fur may suggest otherwise, the Schapendoes is not as large as it may appear. It averages 50-55 cm in height and 20-30 kg in weight. It has long, floppy ears that are covered in fur and has large brown eyes that peer out from behind fur with an alert and engaged expression. It has a long, feathered tail that has a slight curl towards the end. The tail is kept low during states of rest but is elevated while engaged in work or play.

The Schapendoes is admired for its warm and friendly personality. Though its herding instincts may kick in, this breed is generally known to be kind and playful with children and other animals. It is loyal and protective of its owner and family.

It is highly intelligent and energetic, requiring a substantial amount of exercise, though it also enjoys simply being in the presence of its family. In order to maximise its physical and mental health, the Schapendoes should be exercised daily through long walks or jogs. It also excels at agility exercises and thrives in a stimulating environment where it is able to learn new tricks and skills. A home with a large yard will suit this dog best, but it is adaptable to smaller living quarters as long as it receives sufficient exercise.

Due mainly to its limiting breeding, the Schapendoes does not have a history of breed-specific health problems. So long as it is not bred from dogs with known genetic disorders, the dog is likely to remain healthy. Care should be taken to keep the eyes and ears clean, as they may be easy to overlook since they are covered by long fur.

The average Schapendoes lives to be 11-13 years of age.

Schapendoes Dog Organisations in the US
American Kennel Club – Schapendoes
Did we miss your organisation? Let us know. Contact Us 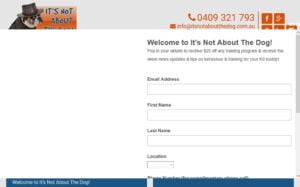