Intro
The Samoyed (pronounced SAM-a-yed or Sa-MOY-ed) is an ancient dog breed commonly kept as a companion in present day.

Appearance
These medium-sized dogs have a double-layer coat that comes in a mix of white and biscuit colours, or even silver. They may be pure white, all biscuit, or some combination of the two. The under coat is short, dense, and thick, which keeps the dog warm and dry in hot or wet weather, and cool in hot weather. The outer coat is straight, long, and coarse. Males have a thicker, longer ruff than their female counterparts. They are all heavy shedders.

Their eyes are dark and almond-shaped, and tend to sparkle when happy. This is where they get the “Smiley Sammy” moniker. Some do have blue eyes but this is not permitted in the show ring. Their ears are triangular, thick, and furry. One of the most notable features of the Samoyed is its plumy tail; it curls over and lies on the back, usually to one side.

History
For over three thousand years, the ancient Siberian tribe, the Samoyeds, used what is known today as the Samoyed dog to herd reindeer, guard the camps, pull their sleds, help keep them warm at night, and to hunt for food.

In the late 1800s, an explorer named Robert Scott brought some of these dogs to Europe with him when he returned from an expedition in Siberia. People there bred the dogs and these spread throughout the rest of the world as their popularity grew.

Samoyeds make the list of one of the fourteen most ancient dog breeds. Famous people who have chosen a Samoyed for a companion include Denis Leary and Karen Carpenter. The lead dog for the Amundsen expedition, Etah, was the first to reach the South Pole.

Temperament
They are affectionate, playful, love attention, and great with kids. They love nothing more than hanging out with their human family members. They are definitely not couch potatoes when inside, and tend to be rowdy and rambunctious, even when full grown.

They are intelligent but do tend to get into mischief, especially when left alone for long periods of time – he might chew your couch, bark for hours, eat through your wall, or dig up your garden if left to his own devices for too long. This is a sign of separation anxiety and people who plan on not being home much should not get a Samoyed. Boredom may also bring out their destructive tendencies.

Training should be firm, fair, and consistent. Their independence and intelligence can make them difficult to train. Their natural instincts to hunt cause them to sometimes chase and catch cats, deer, livestock, and small wild animals like rabbits. They make good guard dogs since they are alert and tend to bark at strangers. Enforce a strict barking rule to avoid barking problems, and never leave one outside for too long unless you don’t have any neighbours who would be bothered by high-pitched barking.

Care and Grooming
Samoyeds “blow” their undercoat several times a year during changes of seasons. They also shed their outer coat fur continuously through the rest of the year. These fine hairs stick to clothing, furniture, and float in the air. Comb and then brush your dog two times a week except for when it is shedding its undercoat – then you should brush it every day. Always comb first, to thoroughly detangle the undercoat. This step is very important, to avoid mats and knots. To finish off the grooming session, run the brush backwards through the coat. This makes the dog’s hair stand out from the body in the distinctive Samoyed look.

You should never shave or clip your companion’s coat. The only places that need to be trimmed are the bottoms of the feet between the pads, and the tops of the feet. Some owners choose to do what is called the “bikini cut” where the hair below the anus is trimmed short to help keep the dog clean.

These dogs are highly active and need plenty of exercise to avoid destructive behaviour. They enjoy activities like flyball, mushing, tracking, carting, agility trials, obedience, herding events, and showmanship. They can be difficult to walk on a leash because of their pulling instinct.

Health
They are prone to a few genetic disorders, particularly progressive retinal atrophy (PRA) and a form of dwarfism associated with eye abnormalities. Samoyed Hereditary Glomerulopathy, also called hereditary nephritis, is a renal disease that affects males more severely than females. Currently there is no screening test available to detect this disease in breeding stock. Approximately 50% of all pups from a female carrier will develop it. Males who are affected usually die by 15 months. Females tend to be carriers.

Other health concerns are hip dysplasia, Diabetes mellitus, pulmonary stenosis, and Sebacious adenitis. Choose stock from a reputable breeder and always meet the parents of potential pups.
This breed lives between 12 and 15 years.

Suitability As A Pet
Samoyeds do love people of all ages, but because of their rambunctious tendencies, they can sometimes be a hazard around small children. They may also get rowdy when playing with little kids and nips or tumbles might result.

Owners with a bit of dog experience might get along better with training a Samoyed than a novice dog owner. They definitely benefit from obedience classes and respect training, no matter how experienced their owner.
As long as they get enough exercise, these dogs can do well in any type of living environment, no matter whether it is a large house or a tiny apartment.

As a note of interest, their shed fur may be used for many purposes: as artificial fishing flys and as an alternative for wool in knitting. The soft fur keeps its wearer warm in freezing weather and is hypoallergenic. 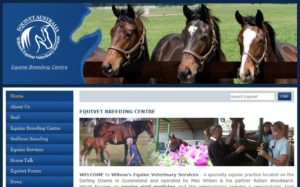 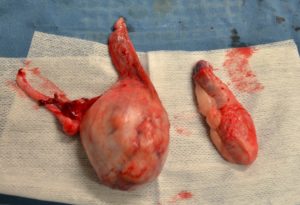