Intro
The Saarloos Wolfhond is a wolf-dog hybrid developed in the 1920s by a Dutch breeder.

Appearance
They are large dogs with more wolf than German Shepherd Dog characteristics. The pointed ears are held upright on top of the head. They come in brown, white, wolf grey, cream, blue, or red, and have short, thick, double-layer, weather-proof coats. They have long legs and a strong, muscular frame. Their eyes are brown.

History
A Dutch breeder named Leendert Saarlos wanted to make an improved GSD immune to distemper, and decided to cross a female German Shepherd Dog with a male wolf in 1921. The first generation died off from distemper so he set to work again. Several generations later, Saarlos had improved the hybrid, which he called the Dutch Wolfdog. Less than ten years after Saarlos passed away, the Dutch Kennel Club recognized the dogs as a breed and they were renamed the Saarloos Wolfdog.

Temperament
They are very wolf-like in that they are smart, independent, strong-willed, and curious. At the same time, they are skittish and tend to be wary. They hate being in enclosed spaces and will panic if left in a small room or crate. They do best when there is at least one other Saarloos Wolfhond with which they can form a pack.

Because they are so skittish in new situations, socialization with different noises, people, situations, and children is important to help them become trustworthy, confident, calm, adult dogs. If they do not get human socialization every day they tend to revert to their wild behaviour and become anti-social and unreliable.

To be less aggressive around strange dogs, this breed needs constant and early socialization. They are not safe around small animals because of their instinctual prey drive. These dogs are only a few generations from being wild animals and definitely act accordingly.

They are very difficult to train and hence need an owner with plenty of experience and patience. Training must be firm but fair. Consistency is key in training these dogs. Saarloos Wolfhonds tend to bond with just one person, usually the alpha adult. They can do well with children if well-socialized, but do best in homes with older children or just adults.

These dogs do not bark often, so don’t make very good watch dogs, but their aggressive demeanor and appearance tend to intimidate any criminals who consider trespassing.

Care and Grooming
They shed during the change of seasons and require daily brushing while shedding. Otherwise, a weekly brushing is enough to keep their coats in good condition. You should bathe a Saarloos Wolfhond only rarely. If they get dirty, a quick swipe with a wet washcloth usually works best and helps maintain the skin’s natural oils.

Check its ears regularly for signs of irritation, wax build-up, and infection. You may clean the inside of its ears with a cotton ball and approved cleanser if you see wax build-up.

These dogs need lots of exercise – between one and two hours a day. They are very active and have tons of stamina. They prefer outdoor activities like walking, jogging, or even trotting alongside a cyclist. They love to sit outside in cold weather.

Health
They are very hardy and have few health issues. Hip dysplasia and spondylosis are really the only two problems that might affect these dogs.

Suitability As A Pet
These dogs are not suitable for novice dog owners, or for people who are not committed to spending a lot of time training, socializing, and interacting with their dog. 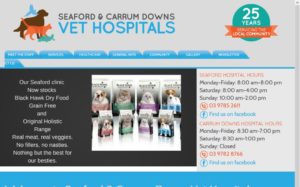