Description – The Russian Bear Schnauzer is an interesting mix of formidable guard dog and family pet. The breed was originally intended as a guard dog for security forces and police but also exhibits a fierce loyalty as a pet. The dog is covered in an all black coat of longer fur that only adds to its imposing stature when guarding. It is a very powerful and agile dog and craves the attention of its master. This breed bonds slowly over time with family members and will defend them aggressively when challenged. It is wary of new people and strangers until it has spent a lot of time in their company.

Origin & History – This breed was started in Russia by the military and was intended to be the ultimate guard dog. The Russian Bear Schnauzer is a mix of seventeen other dogs that include the Rottweiler, Newfoundland Schnauzer, Airedale Terrier, Caucasian Sheepdog, Giant Schnauzer and the Moscow Water Dog just to name a few. This massive breeding effort produced a dog with some of the best qualities of all of them. This interbreeding continued until 1956 when the breed could be sustained on its own and continues to this day. The original intent of this breeding program was to create a dedicated working dog that could survive the harsh conditions in Russia with little thought given to the dog’s appearance.

Temperament – Because the Russian Bear Schnauzer is a mix of so many breeds it has a very complex personality. Part of its temperament is still aggressive and it will defend the home and family naturally without being taught. Once it bonds with the family members it will repel any threat presented quickly through barking and aggressive pursuit. Another important part of its personality is its gentle interaction with the family. It has a very loving side that craves the attention it gets from an active family, especially children. The Russian Bear Schnauzer will thrive in an active family and quickly become a loyal companion that’s happy to follow your lead. It also tolerates other dogs as long as it is able to maintain the alpha status. If challenged it will defend this position with other dogs to establish a pack order. This is true for the owners as well and it is critical that you have a firm command of the dog so that it sees you as the alpha.

Exercise & Grooming – This breed is genetically a very active dog and needs to have enough exercise to burn off this energy. A long walk every day will suffice and having a task like chasing a ball or running is also important. Because the dog was bred to be task oriented it needs to be challenged mentally as well as physically. Outdoor play is great but leaving the dog alone for long periods is not a good idea since they need the metal stimulation that interaction provides.

Health Concerns – The Russian Bear Schnauzer is a very healthy breed that will live a long life. As a larger dog it is prone to hip dysplasia and should be checked for this as it ages. It may also suffer from elbow dysplasia if very active and this too can be checked by your veterinarian as part of a regular visit. 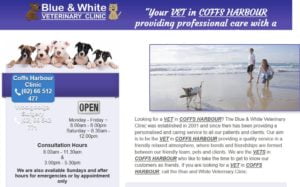