Intro
One of the largest of breeds in the Toy group, the Pug is “a lot of dog in a small space.”

Appearance
These adorable, wrinkly-faced dogs are compact and muscular. They have a large round head, prominent eyes, and an under-bite. The wrinkles on one’s face should be deep and large, with a darker colour on the inside of the wrinkle to make it appear more prominent. There should be one large wrinkle above the nose. All except black varieties have a darker mask than the rest of the coat colour.

Most Pugs have a double curl in the tail but one curl is acceptable in the show ring. The tail is carried very high and lies over the hip. Their ears may be button or rose, but the button type is preferred by breeders. They have smooth, glossy double coats that come in fawn, silver, apricot fawn, black, white (albino) or brindle. Their fur is all one length.

History
In 551 BCE, Confucius described dogs that may have been Pugs in his writings. They are an ancient dog first bred before 400 BCE to be lap dogs to the Chinese elite. The exact origins are unknown, since the first Emperor of China destroyed all records relating to Pugs between 221 and 210 BCE.

They soon became favourites of Buddhist monks in Tibet, and their popularity spread into Japan. They were first imported into the Netherlands in the 1500s and then into France and England in the 1700s. Pugs arrived in North America in the 1800s and quickly became popular the world over. They are now an internationally-favoured companion animal.

Temperament
These dignified, headstrong little dogs are filled with personality and love people of all ages. They love to act the clown and will keep you smiling with their charming and cheerful playfulness. They are fairly even-tempered and stable with family members and strangers alike. They will alert you when a stranger comes knocking, although their barks are not very loud. Males tend to be a little easier going and laid-back than the females.

They are not overly-energetic in that they cannot keep up with playful children for hours, but they do like to exercise as long as it is not too strenuous. They are just as happy with indoor play as outdoor play.

Most behavioural issues in Pugs are the result of poor training, spoiling, or inadequate exercise. When they are ignored, they tend to become jealous and act out. They can be bullies towards other pets they feel get more attention.
Pugs respond well to positive training methods, but sometimes they just don’t feel like doing what you want – so they don’t.

They are prone to flatulence and make strange snorting, wheezing, and snoring sounds. They also slobber and sneeze a lot. They are one of the harder dogs to housetrain because they dislike going out into the snow, rain, or cold weather. Crate training is essential with this breed to avoid messes in the house.

Care and Grooming
Pugs shed profusely, year-round. Monthly or even weekly bathing can help reduce the shedding, as well as regular brushing. Any time the dog has a bath or gets wet, you must clean and dry the wrinkles on its face to avoid infection. Regular face washing to remove dirt and debris from the wrinkles is also essential.

Their drop ears are prone to earaches so check its ears for wax build-up and signs of irritation. Use vet-approved cleaner and a cotton ball to wipe the inside of the ears – but never stick anything inside the ear canal, as this can damage the eardrum. Brush its teeth at least weekly, since the crowding of the mouth can cause food to become trapped between the teeth. Trim the nails once a month if it doesn’t wear them down naturally.

They require regular exercise and enjoy a game of fetch as much as any other dog, but care must be taken to ensure they don’t overheat. Never exercise your dog out of doors if it is humid or hotter than 21 degrees Celsius. People with Pug companions should have central air conditioning so they don’t overheat and die.

Because they don’t exercise as much as other dogs, their food intake needs to be monitored carefully to ensure they don’t get overweight.

They are also prone to eye injuries, entropion, and proptosis caused by their lack of snout length and prominent brow ridge. Compact breathing passages impact the dogs’ ability to self-regulate body temperature, which makes them prone to heat stroke. Dogs that get overheated must be cooled down immediately or else seizures, coma, and death result. Obesity caused by overfeeding and under-exercising is also a concern, which can exacerbate other health issues.

Suitability As A Pet
Their low exercise needs makes them a great dog for the elderly and people who live in apartments. Because Pugs are great with children, they make good family pets. They are not aggressive with other dogs, but do need to work out who is dominant when it comes to pack behaviour. They make good dogs for novice dog owners who accept their clownish actions and stubbornness will sometimes make them seem to be insubordinate. They make excellent watch dogs but care should be taken to prevent yappy habits.

4 Paws B & B Boarding Kennel 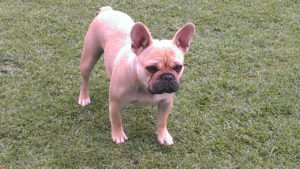