Intro
The only real difference between the Norwich and the Norfolk Terriers is how the ears are held.

Appearance
These square little terriers have short, stocky legs and a wide, rounded skull and a tapered muzzle. Their oval-shaped eyes are dark with black rims. The Norwich Terrier has pricked ears while the Norfolk Terrier has dropped ears.

The double coat consists of a straight, wiry top layer that grows to about 5 cm in length, and a soft, thick under layer. They may be wheaten, grizzle, black and tan, or red. Some may have white markings, which are not desirable according to the breed standard, but this does not affect the dog’s temperament. They have slightly bushy eyebrows and a mane that covers the shoulders and neck.

They are compact, strong little dogs built for ratting.

History
Just north of London, England is an area called East Anglia. Within that area is a county called Norfolk, and within that county there is a town called Norwich. At the beginning of the 1900s, a man named Frank Jones bred his Cairn-type Terrier and Glen of Imaal Terrier to a working ratter terrier named Rags. Those offspring were further bred with other working terriers from Norwich – likely Border Terriers, Cairn Terriers, and other unnamed red terriers. The resulting pups were tough, small, fearless, and sturdy dogs later named Norwich Terriers.

There was quite a bit of varied opinion among breeders about ear set, breed size, coat, and colour. Originally, the Norwich Terrier included both the pricked- and dropped-ear varieties. When a prick-eared dog was mated to a drop-ear dog, the offspring had an intermediate ear which was considered undesirable. In the mid- to late-1950s, breeders decided to treat the two varieties as totally separate breeds, and in 1964, the Kennel Club named drop-eared dogs the Norfolk Terrier while the prick-eared dogs retained the Norwich Terrier name.

Temperament
These little dogs make perfect watch dogs due to their ever-alert behaviour. They are good with older children, and make great family pets. They are strong, independent, fearless, and sassy. They form close bonds with all members of the family, and love being included in family activities.

Compared to other terriers, these dogs are less likely to be nervous, isolated, and barky.

They are even-tempered and easily trainable, which makes them an ideal choice for novice dog owners. They do require early and consistent training, and are prone to barking, especially if they become bored whilst home alone. They do better with short, mixed-up training sessions, and respond best to positive reinforcement training techniques. Harsh training will result in defensive behaviour.

These breeds do not enjoy being left alone outside all day; they prefer to be with their families. They are pack animals and do best with companion canines to keep them company when the family is away. It can be difficult to introduce a new dog into a home where an adult Norwich/Norfolk has already been established, but they can get along fine with other dogs if they are raised alongside them.

Norwich and Norfolk Terriers do not do well with cats or other small family pets, because their hunting and chasing instinct is strong.

Norfolk and Norwich Terriers are champion diggers, since they were bred to chase foxes out of their dens. If you don’t want your dog in your flower beds or vegetable garden, give it a dedicated place to dig and let it know it’s okay. Another option is to enroll your dog in Earthdog activities where it can dig without harming your yard.

Care and Grooming
These dogs look unkempt and shaggy, but that doesn’t mean they don’t require regular grooming. They need to be brushed with a metal comb or slicker brush several times a week. Thicker parts of the coat may be trimmed with thinning shears when required. They should also be hand-stripped on a regular basis to remove the oldest hairs. This maintains the coat’s proper appearance, and keeps the dog’s skin healthy. At the very least, these dogs should be stripped twice a year – once in the Spring and once in the Fall. Their fur should not be clipped or cut.

Otherwise, Norwich and Norfolk Terriers need to have their ears and teeth cleaned once a week and their toenails clipped monthly as required.

These little dogs were bred to be active working dog, and so their exercise requirements are quite high. They need at least one hour of vigorous exercise each day. This should include a nice brisk walk as well as some catch, agility or obedience practice, or a good run. They make good jogging companions, and love to participate in competitions like flyball and agility.

Many of these dogs have Caesarean section births, and tend to be difficult to breed. They have small litters of only one to three pups. This small supply compared to the relatively high demand means that more cases of fraud have come to light in recent years.

Suitability As A Pet
These dogs do best in a city or suburban setting with their people around. They should always be kept in a fenced-in yard to prevent them from chasing after a squirrel or rabbit and getting lost or running into the path of a vehicle. Their hunting instinct can cause problems if allowed off-leash, and even a well-trained dog will still give chase.

Norwich and Norfolk Terriers can get along with children of all ages, as long as the children understand not to mistreat the dog. Overall, this dog is great for families and for single people who love to spend time with their companion pets.
Some owners still use them to control vermin in barns. 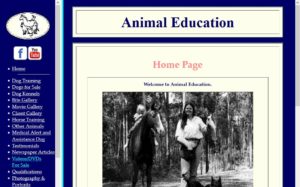 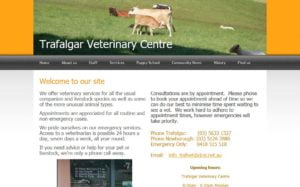 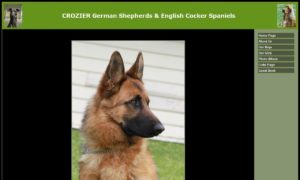