Intro
An ancient dog breed that once travelled with Vikings, their name means “mountain hut dog” or “homestead dog” since they were used to herd livestock and to help guard the homestead.

Appearance
The Norwegian Buhund is a spitz-type dog and so have the typical triangular-shaped prick ears, wedge-shaped head, and tightly curled tail carried over the back. They are a square-shaped dog with a deep chest, black-rimmed dark eyes, and straight legs.

They have a double coat that protects them from harsh weather conditions. The outer coat is short and stiff, and the under coat is thick and soft. They come in black, and many shades of wheaten ranging from bright orange to pale cream. Wheatens may have a black mask or black-tipped ears. Black coats may have white in the collar or neck area, as a blaze marking on the face, on the tip of the tail, a small bit on the front of the chest, and on the feet. Show dogs should have as little white as possible. Wheaten dogs are favoured among breeders.

History
First recorded in Norway sometime in the 9th century AD, these mid-sized dogs are presumed to have travelled with the Vikings to Scandinavia. They were further developed by the Norwegians as a working farm dog due to their herding abilities. They were also used to hunt fowl, wolf, and bear, and served as guard dogs to protect family members and farm animals. It wasn’t until the 1920s that the outside world became aware of this breed through the work of John Saeland.
The first Buhunds were exported to England after WWII ended. Their personalities and appearance pleased many dog fanciers when they started appearing in the show ring in the 1970s. This caused their popularity to grow throughout the world. Today they are popular in Australia, France, the United States, and many other countries, including their native Norway.

Temperament
They are extremely loyal, smart, sociable, and adaptable. They are independent and do well when left alone, and are not clingy, fussy, or high-strung. They are high-energy dogs that love to herd and move and work. They do have a tendency to herd anything that moves, so they should always be kept in a fenced-in area when off-leash.

They get along well with dogs, children, and other pets. They love to be included in family activities of all kinds, especially those outdoors. They make excellent watchdogs because of their alertness and their bark habits; they are not overly vocal but they will bark if something seems threatening or out of place. Barking rules need to be established from day one, because some of these dogs can get carried away with barking if permitted. Their barks are very high-pitched and rapid, which makes them good watch dogs, but people who live in apartments or in other close quarters need to either train their dog when barking is appropriate, or consider another breed of dog.

If ill-trained or bored, they can become destructive. Their extreme energy and boisterousness can make them a bit dangerous around toddlers and the elderly – they might knock over a fragile or unbalanced child or adult, quite by accident.
A Bohund that does not receive enough mental stimulation or physical exercise can exhibit undesirable behaviours.

They take well to positive reinforcement training. They are smart, if a little independent, and love to learn. Some have a tendency to become shy if not socialized from an early age to become accustomed to all different situations, people, and other dogs. Their strong work ethic, sensibility, and stability make them the perfect choice to work as service dogs to the hearing impaired or as police dogs.

Care and Grooming
During non-shedding times, the Norwegian Bohund needs to be brushed only once or twice a week. This keeps their thick coats nice and healthy. They do “blow” their coats a couple to three times a year during changes of season. This means they shed their entire undercoat in clumps. During a heavy shedding period, they need to be brushed and combed daily. This helps keep their coats free from tangles and mats, and helps keep the home environment free from blowing clumps of hair.

Aside from brushing and combing, they don’t need much more maintenance for their coats. Their waterproof coat needs to be bathed very infrequently – in fact, the fewer baths they receive, the better. This keeps their coats weatherproof.
They need weekly tooth brushing and ear cleaning, and monthly nail clipping if they don’t wear down the nails naturally.

These dogs need a lot of exercise, at least two hours a day. This includes walks, runs, and play. They do well as companions to outdoor enthusiasts who like to camp and hike. They also make excellent bicycling, Rollerblading, and jogging companions. They enjoy obedience trials, scent hurdles, conformations shows, and agility competitions.

Health
The average Buhund is a very healthy, hearty dog that lives 13 to 15 years with few health concerns. Some issues that may affect the breed include eye problems like progressive retinal atrophy. The breed is also prone to hip dysplasia, a degenerative hip disorder. Choose a reputable breeder who checks both male and female dogs before breeding.

Suitability As A Pet
These dogs do best with people with some experience in training dogs, mostly because of their independent streak. An owner needs patience and must be firm yet fair with one of these dogs.

Families with very small children or frail elderly dependents should consider whether a Buhund would be too boisterous to make a good pet. Otherwise, they do well with older children. They would not intentionally harm a child, but might knock one over in enthusiasm and high spirits.

This breed adapts easily to live anywhere, but potential dog owners must consider their neighbours before obtaining a dog that has the potential to bark all the time if not trained properly.

Norwegian Buhunds are not meant to be companions to sedentary people. They need a lot of exercise a day and would not do well living with couch potato companions. They may be used as working herding dogs. 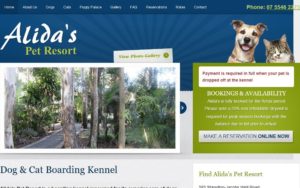 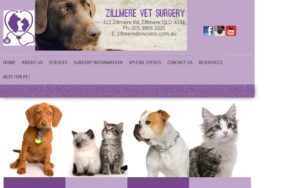 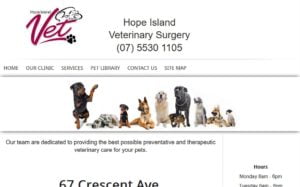