The Mi-Ki is a small toy breed that has only been in existence since the 1980s. Its history is debatable, as some believe it originated in Asia whereas most people agree it got its start in the United States. It is agreed, however, that the breed was developed to be a companion dog.

This dog is a result of the crossbreeding that took place between well-established breeds such as the Japanese Chin, the Maltese and the Papillion. If the Mi-Ki got its start in Asia, it likely has more influence from the Japanese Chin than other small breeds. A breeder in the midwestern United States named Micki Mackin is widely credited with starting the breed, which included the aforementioned breeds, along with the Shih Tzu and Yorkshire Terrier. Evidence of this is that the Mi-Ki is a derivative of the breeder’s first name, Micki.

The Mi-Ki is considered to be part of the toy breed, though it is not a recognised breed in most official dog groups because it is still in its initial breeding stages and has yet to gain acceptance in many parts of the world.

This breed is small in stature, which makes it very easy to tote around. This companion dog weighs approximately 2-5 kg and is 17-22 cm in height. It has straight, soft fur that may be of a smooth or long variety. Its coat can be white, black, tan or a mixture of these colours and there are virtually no restrictions when it comes to the Mi-Ki’s coat colouring or patterns. This breed’s coat requires regular brushing to avoid tangles but it does not have high grooming needs.

The Mi-Ki has wide-set eyes that are usually dark but may be blue in colour. It has a black nose set upon a very short muzzle. Its feathered ears are one of its most well-known characteristics, as they raise or drop depending on its mood or from visual or verbal cues from its owner. Its tail is long and heavily-plumed, usually carried high or on the dog’s back.

The Mi-Ki generally adores its role as a companion dog. It needs a moderate amount of exercise, but otherwise enjoys being carried around with its owner. It is playful and has bursts of energy with its toys, but is not high-maintenance in its exercise requirements, which makes it well-suited for young children, older people and those with disabilities.

This breed likes walks and enjoys spending small time outdoors, but prefers companionship over physical activity. The Mi-Ki is a good choice for those with small dwellings and yards, as this breed can easily adjust to city or flat life. It is also a breed that can become trained to use a litter box.

The Mi-Ki is calm, intelligent and good-natured. This breed is the quintessential lap dog and loves human companionship. Its friendly disposition makes it a great fit for households with children and other animals that do well in the company of a small dog. Though it has a naturally sweet and pleasant disposition, the breed can develop human-induced behavioural problems if it is not properly trained by its owner. These include separation anxiety and snappy or antisocial tendencies.

Since the Mi-Ki is a relatively new breed, it is not afflicted with genetic disorders that plague other purebreds. It is at risk for respiratory problems, dental problems, arthritis and epilepsy, but this is generally a healthy breed.

The Mi-Ki lives an average of 14-16 years, though it very well may live longer.

Suitabaility as Pet in Australia
Whilst this new breed certainly shows promise and has its fans were yet unable to recommend purchasing one as a pet. Internationally there is no agreed breed standard in fact internationally they are not yet actually breed. Because they are not breed you cannot buy one from a breed of thus you will invariably be buying one from a puppy mill.

Perhaps earmark this breed for consideration to the future but are now we don’t recommend the Mi-Ki as a pet and instead would suggest interested pet owners consider instead a Yorkie, Papillon or a Maltese. 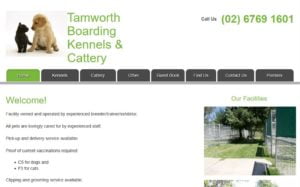 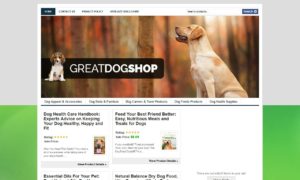 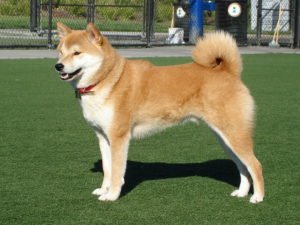