The Mexican Hairless Dog is a unique breed native to Mexico. The breed is estimated to be approximately 3,000 years old, though it has only recently gained notoriety throughout the world. Its Spanish name is Xoloitzcuintli and it is often referred to by its nickname, the Xolo.

It was initially bred for both companionship and its ability to help with hunting and farm work. It was used by ancient Aztecs and Mayans and was later transported to other parts of the world, most notably when Christopher Columbus came upon the land in the late 1500s and then brought the breed to Europe.

The Mexican Hairless Dog’s most distinguishing characteristic is its lack of fur. Instead, it simply has smooth, soft skin. The hairlessness of this breed allows the dog’s body to emit warmth, making it a great companion dog for the ill or elderly. For this very reason, it was used in ancient days during cold weather as a rudimentary heating pad. Aztecs also believed the Mexican Hairless Dog possessed healing and spiritual powers, so it remained a highly-prized and sought-after breed.

In spite of their long history and their status as one of the world’s oldest breeds, the Mexican Hairless Dog did not gain worldwide recognition until the mid-1900s. During this time, purebreds became nearly extinct but several dedicated breeders worked to bring the Mexican Hairless Dog’s population back within safe numbers. Though it is still a rare breed today, it remains beloved in its native Mexico and it has gained notoriety throughout the world.

It is thought that the Mexican Hairless Dog was at one time a breed with a normal coat, but a genetic mutation caused some puppies to be born completely bare. The gene that contributes to hairlessness in this breed is dominant, so dogs born without fur soon became the rule rather than the exception.

Typically one out of every four or five Xoloitzcuintlis has fur. As a result of its lack of hair, this breed is a wonderful choice for those who suffer from animal allergies. Some dogs will have a few hairs or a small tuft of hair on top of the head or on the tail.

There are also Xoloitzcuintli dogs with a full coat and both types come in a variety of sizes including toy, miniature and standard. Toy Mexican Hairless Dogs may be as small as 5 kg while standards can reach 20 kg in weight. Similarly, smaller dogs of this breed maybe 25 cm in height, but can also reach 60 cm. This is a slender breed with long legs and a lengthy, thin tail. Its eyes are almond-shaped and dark in colour.

The skin of the Mexican Hairless Dog is typically black or blue in colouring. It may also have spots and some dogs of this breed may have grey, red or brown skin. The other trademark characteristic of this dog is its large ears, which stand up and protrude outward from the head. The gene responsible for hairlessness usually also results in dental problems such as missing teeth.

Care should be taken to protect its skin and while it is very low-maintenance when it comes to grooming, it does require lotion or oil several times per month to prevent the skin from becoming dry. In colder months, the Mexican Hairless Dog can benefit from a sweater if it spends time outdoors. In warmer months, this breed needs protection from the sun.

The Mexican Hairless Dog is beloved for the companionship it provides and it has a warm disposition as well. It is naturally calm, good-natured and affectionate. This breed prefers the company of its owner and will devotedly follow its people throughout the home or yard.

This breed is also smart and requires discipline that is gentle, yet effective. If this breed is not properly socialised and trained, it may develop behavioural problems such as aggressiveness or social anxiety disorder. This breed is protective of its home and family, so it tends to initially be reserved with strangers. It may also be overly protective and territorial, but this is a naturally sweet and spirited dog if it has proper leadership from its owner. The Mexican Hairless Dog does well with children and animals provided it is treated gently.

While it may be particularly rambunctious during infancy, mature dogs of this breed are more relaxed, requiring only daily walks and playtime indoors. If it spends time outdoors, this breed should be carefully supervised, as it is very skilled at digging and jumping.

This breed is a very hardy and healthy one with a history of longevity. Other than skin sensitivities, this breed has very few known health problems.

A healthy Mexican Hairless Dog can reach 18 years of age or more. 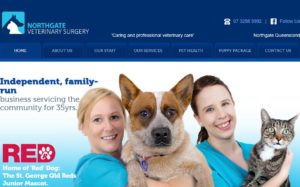 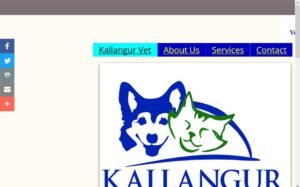 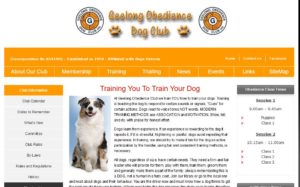