Intro
This elegant terrier looks like a small version of Doberman Pinschers, but is actually descended from the old Black and Tan Terrier.

Appearance
These dogs are small and slender. They are jet black with mahogany markings above the eyes, and on the muzzle, belly, and legs. Their coat is glossy, short, dense, and smooth. They have either button or erect v-shaped ears set high on the skull, and narrow, pointed muzzles. They have keen, bright, intelligent facial expressions on a flat, narrow skull. Their tails are thick at the root and taper down to a point. They carry their tails at or below the level of the back.

They have fairly powerful hindquarters for their size, small feet, and a chest set deep into their body. They are athletic and look very streamlined. According to the written standard, they grow to between 5.5 and 10 kg.

History
The Manchester Terrier was specifically developed in the 1500s to live in cities and kill rats. Their abilities soon caught the attention of pit-ratting fans, who put them to work in the pits. They were very successful at this “sport.”

In the mid-1800s, a man named John Hulme decided to further develop the breed. He crossed whippets with the Black and Tan Terriers, and then bred those offspring against pureblood Black and Tan Terriers. This worked to improve the existing Manchester Terriers into a sleeker, faster dog that could do well both in the sport of rat pitting as well as hunting rats outside of the pit.

When ratting contests became illegal, the breed’s popularity waned and they became rare – by the end of WWII, there were only 11 of these dogs left in England. Luckily, breed fanciers took notice and formed the Manchester Terrier Club and started to increase the breed’s numbers. By the 1970s, the dog’s popularity as a companion animal had travelled to North America and other parts of the world.

Temperament
These slightly mischievous dogs are sharp-witted, spirited, and lively. They are very intelligent and bond closely with their owners. They can be stubborn, though, and need training and socialization from the beginning. They are neither high-strung nor laid-back – they have periods of high energy, but are just as happy to lounge on the couch after a good exercise session.

They get along well with children if socialized from an early age, although they can get aggressive if intimidated or irritated. They have a tendency to test boundaries and can be independent. Consistent, positive reinforcement training works best. They get along well with people in general, but can be aloof towards strangers. They will alert you if something appears to be strange or unexpected, so they make good watch dogs.

These dogs’ hunting instincts remain, so they will chase, pounce on, and play with or kill any small animals that move. Cats and other small pets are not safe around them. Do not let them off-leash in an unfenced area.

When left alone for long stretches of time, Manchesters can become destructive and noisy when bored or lonely. This is not to say that they cannot be apartment dwellers; in fact, they make good apartment dogs because of their low-maintenance needs. They are not overly hyperactive or busy inside like some terriers.

Care and Grooming
A weekly brushing will help remove loose hairs and keep your home environment tidy. This can be done in a matter of minutes, and nothing terrible will happen if you forget to do it one week. They only need baths if they get into something stinky or otherwise undesirable.

You will need to clean and inspect your dog’s ears once a week, and brush its teeth once a week. Once a month, check its toenails and trim them down if necessary. Since the nails are black, you must be careful not to cut into the quick. Have a professional groomer or your vet do this job if you feel uncertain or uncomfortable.

This breed tends to put weight on easily, so monitor your dog’s food intake and weigh it every month or so to make sure it’s not gaining weight. If so, reduce its food allowance by just a little bit every week until its weight neither climbs nor drops.

These dogs need at least one hour of exercise each day. They enjoy conformation shows, obedience and agility trials, and games of fetch. They also make good jogging companions. If they don’t get enough exercise they can exhibit noisy or destructive behaviours.

Do be careful to dress your dog appropriately in the winter – its short coat makes it susceptible to the cold. Most prefer moderate climates.

Suitability As A Pet
Manchester Terriers are most suitable for active families with older, respectful children. It is best if there is at least one person who is home much of the day to give the dog attention. They make great pets for people who enjoy being outdoors and doing outdoor activities like camping, hiking, and jogging.

These dogs are not suitable for people who are gone a lot, or for people who have pet rodents. It is not wise to adopt an older Manchester Terrier if you have cats or small children, since you don’t know if it has been suitably socialized to get along without aggression in these circumstances.

This breed is perfect for people who don’t want to spend a lot of time grooming, or for people who have physical limitations like the elderly or physically disabled.

Their rat hunting instincts are still usable, so these dogs would make great vermin hunters on farms and homesteads. 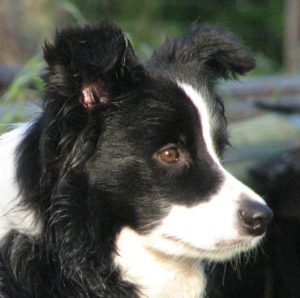 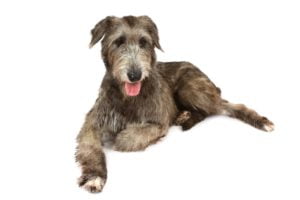