Intro
The Norwegian Lundehund is one of the world’s oldest spitz breeds and was used to hunt puffins. They have several breed-specific characteristics not seen in other dogs.

Appearance
These dogs have many unusual characteristics. They have at least six toes on each foot, including two dewclaws. Most of the toes on the back feet have three joints. They have very flexible shoulder joints, ears that are more mobile than those of other dogs, and joints in the nape of their necks. They also have one less tooth on each side of the jaw compared to other domestic dogs. These characteristics allow them to climb and maintain grip on slippery slopes; brace on unstable ground; bend their heads backwards and turn around in very narrow passageways; and “throw out their arms” or front legs in order to hug cliffs when climbing or if they lose their balance. They can fold forward or backward their upright, mobile ears in order to keep out the rain and dirt. No one knows why they have less teeth than other breeds.

They are about as long as they are tall, and have a small, wedge-shaped head with brown, deep-set eyes and medium-sized ears. They carry their tail in a ring shape or rolled slightly. Females look feminine but are never weak-looking.
Their thick double coats include a luxuriously soft, dense under coat and a coarse outer coat. The fur on the head and front of the legs is short while the fur on the back of the thighs and around the neck is longer. The tail has thick fur and a small amount of feathering. Males have a more pronounced ruff than females.

They come in a range of colours from rich reddish-brown to tan to fallow. Some have black hair tips and some have white splashes. Dogs that have mostly white or all-white heads have dark eye rims and dark eyelashes.

History
A member of the spitz family, the Lundehund comes from Rost and Vaerog in Norway in the 1500s. They were bred specifically to hunt Puffins, which are an aquatic bird. These birds breed in seaside caves and rocky passageways. The dogs were sent to fetch chunky fledglings. The dogs would climb the cliffs, navigate narrow passageways, and bring back the birds alive to the hunters. Each dog would commonly retrieve 20 to 100 birds in each hunting session.

The Norwegians used these dogs to hunt Puffins from the 1500s to the 1800s, until they started to use nets to catch the birds. This change in hunting tactics caused a decline in the popularity of the dogs. Some dogs remained on the island of Vaeroy, where their bloodlines remained pure.

A dog fancier named Eleanor Christie read Skaun’s article in the 1930s. She decided to help the breed make a comeback. She obtained three females and one male from Vaeroy and had them vaccinated against distemper. She began to breed these purebred dogs.

In 1943, a distemper outbreak wiped out the Lundehund population on Vaeroy. Ms Christie sent two pregnant bitches and two pups to the island to help repopulate their stock. The next year, distemper wiped out all but one of Christie’s own dogs. The next several years were a struggle to try to keep the breed going. Finally, in the early 1960s, popularity of these dogs began to climb and the Norwegian Lundehund Club formed. By the 70s, these dogs had been exported to England, Denmark, Sweden, Finland, Germany, and other European countries. In the 80s they made their way to the United States.

By the end of the 20th century there were between 700 and 800 Lundehunds worldwide. Puffin hunting has now been banned so the dogs are not used for their original purpose, but are kept as companions and competitors in the performance and conformation rings.

Temperament
They are alert, watchful, cheerful, inquisitive, playful, independent, and sometimes stubborn. They can be wary with strangers, but are not aggressive. They will bark to let you know something is amiss, and so make good watch dogs. They get along really well with children and will sometimes tolerate their ears pulled and other annoyances from kids with whom they’ve grown up.

They need early and ongoing socialization, particularly to loud noises and new situations. They can become shy, stressed-out, and hypersensitive to sounds if they don’t receive this socialization. They should also be exposed to different animals and people of all ages. Thorough socialization and bark training can help reduce or prevent excessive barking, to which this breed is prone.

It can be challenging to train a Lundehund, because they are so smart and independent. The best way to train one of these dogs is to use endless patience, treats, and a sense of humour. They do not respond well to harsh or rough treatment, and can hold a grudge. Consistent, kind training that involves bribery works the best. They can be very difficult to housetrain and so crate training is essential. They have a tendency to mark their territory, both indoors and out. Some Lundehunds are never housetrained. Dog doors can be very helpful, to allow the dog to go outside into a fenced yard whenever it wishes. They tend to be escape artists so a secure yard is very important.

Their prey drive is very high, and so will chase and pounce on anything small that moves. Cats and other small pets like rodents and birds are not safe around these dogs. Their ingrained wild instincts compel them to sometimes collect and stash food. They thrive in groups due to their pack instinct.

Care and Grooming
These dogs shed heavily and need regular brushing to keep their coats tangle-free and neat. Use a wire-bristle brush to tidy their stiff outer coat, to reach their fluffy under coat, and remove the shed fur. They need their teeth brushed once a week, their ears cleaned once a week, and their toenails clipped once a month as necessary.

Lundehunds are high-energy and need one to two hours of exercise and play each day. They require a secure, fenced-in area in which to play. They love spending time with their owners backpacking, hiking, jogging, and playing. They love to explore, take car rides, and go for long walks. They do very well at conformation and agility trials.

Health
As a breed, they suffer from very few health concerns. The main problems a Lundehund might experience include Lundehund Syndrome and primary congenital lymphangiectasia. Lundehund Syndrome includes a range of gastro-intestinal problems that includes leaky gut syndrome, among others. They are intolerant to grains and no Lundehund’s diet should include wheat, rice, barley, corn, or other grain. A dog with Lundehund Syndrome usually lives for seven or eight years, compared to the 12 enjoyed by healthy dogs of this breed. Owners should watch for weight changes, diarrhea or constipation, or other signs of gastro-intestinal distress. It can be diagnosed using fecal and blood samples. There is no known cure, but there are management techniques.

Suitability As A Pet
These dogs need a fenced-in yard and an owner who is gentle, firm, kind, and active. They do well with children but sometimes do not tolerate rough treatment, so do best in homes with older, respectful children. They have a somewhat high-needs diet, and an owner who ignores their diet restrictions will cause severe pain and eventually death.

Did we miss your organisation?  Let us know. Contact Us 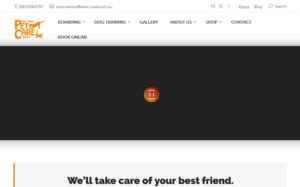 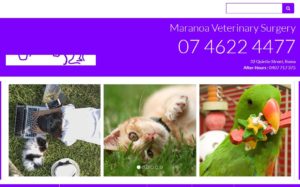 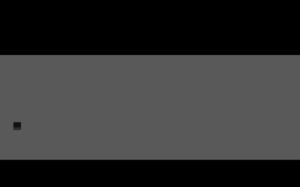