Appearance
The Lakeland Terrier is a small to medium sized dog that is narrow but sturdy. These compact dogs have rectangular shaped heads with varying eye colors, black or liver noses and small rectangular ears. They have strong muzzles and their proportionally large teeth meet in a scissors bite. They have long necks and legs, athletic bodies and have tails that are set high. In countries where tail docking is legal, Lakeland Terriers tails are customarily docked.

They have thick, wiry outer coats and soft undercoats. Their hair is often trimmed in a “Schnauzer cut” with longer beards and feathering on their legs. They come in a variety of coat colors including: blue, black, red, liver and wheaten. Some are also bi-colored (blue, black, or grizzle) with this second color covering the back of their neck, back, sides and tail. Most are born with black coats, which are replaced with other colors as they mature.

Temperament
The Lakeland Terrier is best described as curious, independent, sensitive, bold and charming. They make great companions although they often have their own ideas about things. Most are cheerful and friendly and love entertaining their families.

Like most terriers, the Lakeland Terrier is protective of his family and is known for barking to warn of anything out of the ordinary. This extreme vigilance is welcome when they are being used as a guard dog, but it might feel excessive in other situations. They are intelligent and can be taught to keep the barking down. They are initially reserved with strangers and will warm up only when their owners show them that someone is trustworthy.

Training should start early before your Lakeland Terrier thinks what he says, goes. Stubborn and independent, this clever dog has the ability to learn quickly but requires patience on the part of the trainer. Food rewards and challenging training is best for this guy. Born hunters, Lakeland Terriers are active dogs that enjoy playing.

History
The exact origin of the Lakeland Terrier is unclear but they are thought to be descendants of the Fox Terrier, Border Terrier, Patterdale Terrier, Bedlington Terrier and the Old English Wirehaired Terrier. The dog was first discovered in the 1800’s in the Lakeland region of Cumberland, England. Many were kept by farmers who used them to kill annoying foxes and other unwanted vermin around the farm. They proved to be excellent hunters on all kinds of terrain, including in the water.

At the time of their origin and into the 1900’s, the Lakeland Terrier was often confused with the Patterdale Terrier. It was not until 1921 that they gained recognition as a separate breed. In the 1930’s several Lakeland Terrier organizations were formed in England to support the breed. Although they were popular hunters for some time, they have only remained moderately popular pets since the early 1900’s.

Care and Grooming
The Lakeland Terrier is a low shedding breed and is fairly easy to groom. Their wiry coat needs to be brushed several times a week, ideally. Many owners use clippers to maintain their pet’s hairstyle and others leave this job to the groomers. The hair between your Lakeland’s paw pads and in their ears need to be trimmed as well as their nails. You will not have to wrangle your dog into the bath very often. Most owners do not bathe their Lakeland Terrier unless they start to smell.

Your Lakeland Terrier will need a moderate amount of exercise and should be taken on a daily walk or run. They also love playing catch in the yard and chasing after small animals that venture into their territory.

Health
The Lakeland Terrier, while fairly healthy overall, does have some health concerns. Anyone adopting this dog should have an eye test conducted first, as they are prone to cataracts, lens luxation and eyelash defects. Some are also prone to orthopedic issues such as hip dysplasia, Legg-Calve-Perthes disease and luxating patella (dislocated kneecaps). Hypothyroidism and allergies have also been observed in the Lakeland Terrier as well as von Hildebrand’s disease.

Suitability as a Pet
Like many terriers, the Lakeland Terrier is a scrappy breed with an independent streak. Most make excellent pets and watchdogs, as they are territorial yet very loving and protective of their families. The Lakeland Terrier is active and does best in a family that will nurture his curiosity and play many games with him. He is naturally cheerful and has a great sense of humor, and families will have lots of fun with this guy. 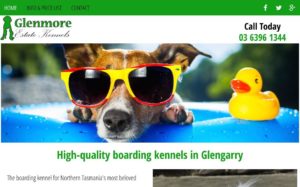 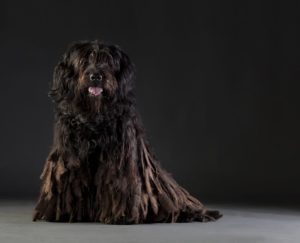 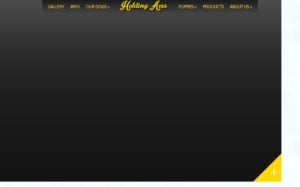 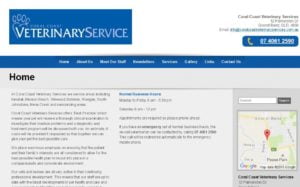