Description – The Labradoodle is a mixed breed dog that is the product of crossing a Poodle with a Labrador Retriever. The resulting animal benefits from the best qualities of both breeds and makes an excellent companion for any family. The breed exhibits a wide range of sizes and styles depending on how much of each parent is included in a particular animal. There are basically three main sizes of Labradoodle that include standard, medium and miniature. There are also three coats produced as part of the breed that can be found in either wool, fleece or hair. With this many varieties, the offspring of this animal can produce an abundance of variety in coat colors and styles.

Origin & History – The original Labradoodle breed was started in Australia and credited to a breeder named Wally Cochran. He was hoping to produce a dog that fit well into most families and also was easier for people with allergies to tolerate. The result of his efforts is the modern Labradoodle that was started back in the early 1980’s. Initially this breed was popular in Australia and in the years since its introduction has spread to all parts of the world. Even though the Labradoodle has become an incredibly popular dog with pet owners, it is still not recognized by any of the major kennel clubs who view it as a hybrid.

Temperament – A Labradoodle can be the perfect addition to almost any family and has a very even and pleasant temperament. It is able to understand both verbal and signed commands and is eager to please its family. It does well as a solo dog that will also get along great with other pets in the home. The breed is attentive and loves to play with both adults and children and thrives in smaller homes and apartments. It is a very low maintenance animal that loves the company of others and will soon become a cherished member of any home.

Exercise & Grooming – This breed has abundant energy that needs to be addressed with long walks or interactive playtime. The dog is happy to spend time alone outdoors, but really craves the attention of others and responds well to a brisk walk. Care should be taken to not exercise the dog too heavily when it is young as this can affect the way its bones are formed and can lead to problems later on. For the first year of its life the Labradoodle’s exercise should be confined to a walk a few times a week while on leash with their owner. This way you can control how much exercise the dog receives and help train it to follow your lead. Grooming requirements are minimal and a simple brushing every few days is enough to keep the dog looking great and tangle free. The coat will need to be clipped every so often to keep the dogs appearance up and bathing should only be done a few times a year when needed.

Health Concerns – The Labradoodle is generally a very healthy breed that will need limited medical attention throughout its life. In its younger years it is susceptible to skeletal issues if exercised too much. This can be avoided by slowly working your dog up to longer walks and play over time. Another concern that is specific to this breed is ear infection. Because the dog has larger ears that cover the ear canal, there is the possibility of infection over time. This can be controlled by simply cleaning the ear canal with a damp cloth every so often.

Labradoodle Organisations in the UK
Labradoodle Association of the UK 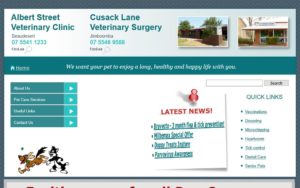 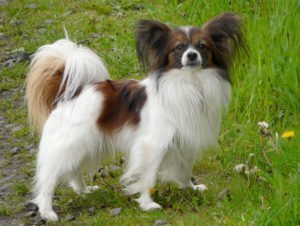