The Koolie, an Australian native, is a hard-working and affectionate pet. Originally used as a herding dog, the Koolie now excels at tracking, agility, and in all herding activities. If you are a high energy individual ready to get a similar pet, the Koolie might be right for you.

Appearance
While all Koolies have a similar appearance, they do vary in looks by geographical location within Australia. In the north of Queensland and New South Wales, Koolies tend to be tall, medium boned and agile. In The Hunter Valley region and Mountains of New South Wales, they are wider and shorter. In Victoria, they tend to be smaller. There are several other breeds that are often confused with the Koolie including the Kelpie and the Border Collie. Koolies are typically longer than tall and a breed standard is currently being developed.

A Koolies coat is usually a myriad of colors. It can be red, red and merle, blue merle, black, red and brown, white and black, red and white, or tri-colored. Their coat length can range from short to medium, and less often, long. Black Koolies will often have a black nose with black eyes, or tones of black including blue. Red or chocolate Koolies will commonly have a red or chocolate nose with brown eyes, or tones of brown, including yellow, and there can be combinations of both black or brown with the added blue eye. Koolie ear types are very diverse; they can have pricked ears, semi-dropped ears or dropped ears.

History
It is thought that the Koolie’s original ancestors were the German Tiger (imported into South Australia in the 19th century), the Blue Merle Collie (also imported from Europe in the 19th century) and the Black and Tan Collie from the Highlands of Scotland. According to records kept by older breeders, the Koolie has been around for over 160 years. During the industrial era, it is said that some bloodlines were influenced by the Kelpie and Border Collie.

The Koolie was used in Australia as a silent herding dog. It has an innate drive to successfully round up sheep and bring them back to their owner. The Koolie Club of Australia was formed in 2000 to preserve, protect and promote the Koolie breed. In 2004, The Koolie breed was recognized by the Australian Sporting Registrar. In several states registered Koolies may compete in herding, obedience, tracking, jumping, gambles and dog agility events through registration on their State’s Sporting Register as members of the Koolie Club of Australia. In fact, a Koolie won the high jump competition at the Sydney Agriculture Show in 1998.

Few Koolies have been exported to other countries but in 2008, the first DNA tested Koolie was exported to New Zealand. It is only through the registrar of the Australian Koolie Club that these bloodlines remain an important part of the breed and are active contributors to the Koolie gene pool. New Zealand Koolie breeders are working hard to have the Koolie recognized under their own breed name like their brothers in Australia.

Temperament
Koolies are intelligent dogs with a strong desire to work and please their owners. They are known to be energetic, patient, loyal, dedicated, with a strong sense of devotion.As pets, they are also extremely fun loving and even do well with small children. As herders, they are relentless, even to the point of exhaustion. The Koolie possess an amazing sense of smell, often able to detect an ill sheep lying hidden in the grass a remarkable distance away. Due to their work history, many Koolies possess the ability to be both gentle and calm but also can be dominating and commanding with other animals.

As well as physical needs, this breed needs to have constant mental stimulation to be happy. They make excellent companions and have been used as search & rescue dogs, therapy dogs, as animal educators for school children, and have been very successful in tracking, agility, and in all herding activities.

Care and Grooming
While Koolies shed, they need minimal grooming. A Koolie needs only an occasional bath or after a romp in the mud.

Health
The Koolie is generally a healthy breed with a long life expectancy. Most Koolies have a diverse gene pool and therefore do not suffer from many genetic problems found in registered dog breeds. Some of the merle colored Koolies do produced puppies that are deaf or blind. It is highly recommended that when considering breeding, that merle dogs be mated with solid colored ones. Some Koolies suffer joint problems, especially as they age, due to their extreme activity level.

Suitability as a Pet
Due to their high level of activity, the ideal Koolie owner is one that will supply their dog with lots of fun activities and walks. They are best suited to country life where they are allowed to run all day. The Koolie is not suited to apartment life and it needs a house with as large a yard as possible, so that it can get plenty of exercise.

Because Koolies are able to jump, dodge, chase, hold and drive, they do very well in tracking, obedience and agility trials. They get along well with other pets and can be good pets for young families as well as farmers. Some farmers have even commented that their Koolies are more valuable to them than another man working on their property. Koolies tend to be easy to train with gentle to firm training.

Koolie Dog Organisations in the US
Koolie Club
Koolie Rescue 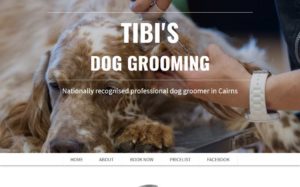 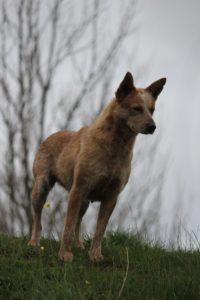 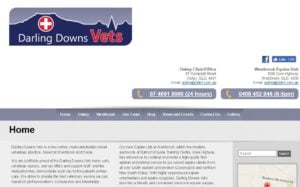