Breed Type: Sptiz
Country of Origin: Holland
Size:  Medium
Also known as: Kees, Smiling Dutchmen
Males: Height: 43-46 cm Weight: 16-25 kg
Females: Height: 40-43 cm Weight: 14-23 kg
Exercise Requirements: Medium
Care Requirements: High
Lifespan: 13-16 Years
Best Suited as: Family Pet
The Keeshond, a member of the Spitz family, is an energetic, loving pet and is nearly perfect for any household as long as you can handle all that fur. Native of the Netherlands, the Keeshond (plural is Keeshonden) makes an excellent watchdog, and is easily trained.

Appearance
The Keeshond can easily recognized by his thick, furry coat and bountiful ruff circling his neck. Keeshonden are medium in size and have a sturdy and well-balanced frame.  Their top coat tends to be smooth, while the bottom layer is more wooly in texture. Not to be mistaken for a large puff ball, their coat color is a unique mix of grey, cream and black colors.  Their triangular ears are most often black, as well as their muzzle, while their legs and feet are cream colored. The Keeshond’s eyes are brown and often there is a dark circle around them, which makes them appear to be wearing glasses. Their black curled lips have earned them the nickname, “the smiling Dutchman”. They have cream colored, curly tails with black tips.

Temperament
The Keeshond has a friendly, playful temperament and loves to perform for her family. This big clown loves nothing more than to be with her family and receive lots of attention. They are extremely affectionate, love to snuggle, and if you let them, will curl up in your lap just like a small lap dog. Never hard to find, this dog will stay next to your side all day long, if you let him.

Training this dog is a breeze. Having a strong desire to please, and being very intelligent, they will easily follow commands if given by a confident human leader. Some Keeshondens have been employed as seeing eye dogs, although their size keeps them from becoming widely used in this role.

The Keeshond is also very sensitive and harsh discipline should never be used. Keeshondens make very good watchdogs and will often bark until they are told to stop. If not given the proper attention and exercise, the Keeshond has a propensity towards anxiety and can become skittish. Some are also prone to separation anxiety and they do not do well left attended for too long.

History
The Keeshond, a Holland native, has a long history and is most likely the descendant of other Spitz dogs, Pomeranians, Huskies, and Samoyeds. They were first used in the 1400’s as watchdogs by northern farmers and as playmates for their children. Several centuries later, they were also used to guard barges and riverboats. They were the ideal dog for this task as they were vigilant watchers and loud barkers, could easily jump off a ship, could kill unwanted vermin aboard the ship and swim to safety.

In the late 1700’s, the popularity of the Keeshond in Holland diminished. The country was greatly divided and the Dutch Patriot Party chose the dog as their symbol of opposition. When the other side asserted their dominance, it was considered unpatriotic to own this dog. The sensitivity over owning this dog decreased with time and the dog became mildly popular again. The large popularity of the breed did not come about until the 1920’s when a baroness took interest in them. Baroness van Hardenbroek, worked hard to record the existing stock that was left and then selected some of the finest dogs to start a new breeding program. She succeeded in spreading the word about her dogs all throughout Europe. By 1930, the first Dutch Keeshond Club was established.

Thanks to the baroness, Keeshonden were becoming more popular in England, Germany and in the United States. After World War II, their popularity continued to increase. It was at this time that the first four Keeshonden were brought to Australia. These dogs are the foundation for the breed there today.

Care and Grooming
The furry Keeshond is an above average shedder and must be groomed daily. Invest in a large brush and expect to use it often. Most Keeshond owners find that they spend about an average of an hour a week brushing their beloved pet. Fortunately, this dog’s fur repels dirt and they do not need to be bathed often.  Their coat should not be clipped as it is a powerful protectant from both the cold and the sun.

Because the Keeshond is a lively, playful dog, they need to be taken on daily walks and love playing games. Without the proper amount of exercise, your Keeshond will most likely become overweight and unhappy.

Health
Keeshonden tend to be a healthy breed although some have had problems with thyroid issues, hip dysplasia, heart problems, epilepsy and Cushing’s disease. Like many other dog breeds, Keeshonden are sensitive to anesthetics and may have other allergies as well. Some suffer from skin problems and eye concerns.

Suitability as a Pet
Keeshonds make excellent family pets and do very well with children of all ages. If you have the room, you could own quite a few Keeshonds as they get along famously with other dogs.  Many also get along with cats and other furry creatures.  This breed is high energy, and does best with an active family that is willing to play games with it, take it on walks and include it in many family adventures.

Apartment life does not generally suit this dog, as they can be loud barkers and prone to pacing and chewing when they are left alone for too long. Time and attention (besides grooming) are this dog’s biggest needs and they require plenty of both with their owners. If you travel or are away from home a lot, you will not be the best fit for this pooch. Although extremely obedient, they are an intelligent breed that is easily bored, and a bored Keeshond can be a destructive one. They can also be escape artists – makes sure you that properly supervise them in the backyard. 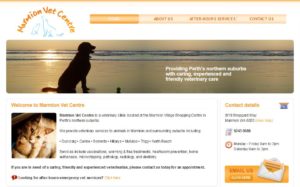