The Karelian Bear Dog is a spirited and fearless hunting dog prized in its native Finland for its ability to approach and intimidate large animals, such as bear and moose. It was bred to corner the animal and hold it in place with barking, growling and circling until the hunter arrived.

The name of this breed is derived from the northwestern region of Russia referred to as Karelia, which shares a border with Finland, as well as its reputation as a hunter of bear. The modern day Karelian Bear Dog is black and white, but a dog similar to this breed with a wider variety of colours dates back to ancient times. Its ability to survive in frigid weather has helped this breed survive through thousands of years and has made it an invaluable resource in helping people locate food during long winters.

The Karelian Bear Dog gained recognition in the early 1900s, though World War II depleted nearly all of its population. Though select breeders have worked to revive the breed, it is still considered rare today. It has recently caught the attention of other countries throughout Europe and the rest of the world. Its role as a working dog has been expanded to search and rescue tasks in some areas.

This breed has a dense black and white coat with a long, curly tail. Its thick, weather-resistant coat helps to keep it warm during time spend in cold temperatures and its bushy tail provides warmth while it is curled up sleeping. The coat should be kept natural and brushed occasionally to remove dead fur.

The Karelian Bear Dog wears a focused expression and always appears ready for the next task at hand. It has small brown eyes and tremendous eyesight and its triangular, erect ears allow it to hear the movement of its prey. It typically has a white blaze between the eyes and may have freckling on the legs or other parts of the body.

This breed has an athletic and capable build. The average Karelian Bear Dog is 50-60 cm in height and 20-25 kg in weight.

The work ethic of the Karelian Bear Dog is unparalleled. It is driven by a sense of duty and will not back down, even against the largest of animals. Though it is fierce with prey and tries to achieve dominance with other dogs, this breed has a sociable nature. So long as its intelligence and stamina are put to positive use in hunting, agility or other exercises, this breed is content to be anywhere in the company of its family. A working dog like this is accustomed to spending time with its owner and prefers companionship over spending extended periods of time alone.

In addition to a substantial amount of daily exercise, the Karelian Bear Dog does best with a large, open space in which it can run safely without restrictions such as a leash or fence. It has a willful personality and should be trained by an experienced owner to prevent inappropriate aggression and dominance. Correct socialisation will ensure that it reacts properly with humans and other animals. 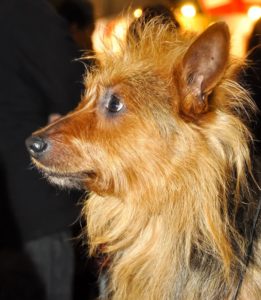 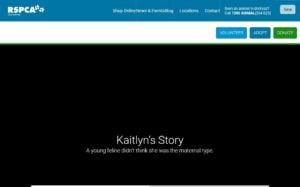