If you are looking for an intelligent, energetic companion with lots of spunk, you have found it in the Jack Russell Terrier. A fearless breed, this guy will never give up and firm training is needed to keep him in line. Otherwise, your pet will happily lead you and anyone else who is easily swayed by his lovable antics.

Appearance
Most people have the ability to easily recognize the Jack Russell Terrier. Many have been exhibited in photographs as well as in movies and television commercials. This small star is mostly white in color with black, tan, or brown patches. Their coats are often smooth but some have what is called a “broken coat” which means that some parts of their fur are smooth, while other parts are rough.

The Jack Russell is a well-balanced, athletic dog, bred to hunt, and quick on his feet. They have strong backs and legs, are about equally tall as they are long, and have shallow chests. The Jack Russell’s tail is set high and has a medium length. They have bright, intelligent eyes that are almond in shape, black noses and triangular ears.

Temperament
The Jack Russell Terrier is not one for the meek. They tend to have strong personalities, are extremely active and are bold. Their courage and energy seems to know no bounds. Fiercely loyal to their owners, be careful not to let your Jack Russell protect you too strongly. Some have been known to take on much bigger animals and they will not back down if they feel you are being threatened. In everything they do, they act with vigor. They are extremely good hunters, are great companions and can be comical in their intense drive to get a job done.

The Jack Russell tends to be a very intelligent dog and although they have the ability to learn tasks quickly, they are easily distracted during training sessions. For anyone trying to train this breed, they need lots of patience, and to be firm and consistent. If you are not careful, your Jack Russell can easily train you, instead of the other way around. Most Jack Russell’s tend to be friendly but will not put up with any sort of abuse or teasing (even if it is being dealt by a young child).

History
The Jack Russell Terrier was born to hunt foxes. The dog’s namesake, Reverend John Russell, is credited with establishing the breed in the late 1800’s in Devonshire, England. He was a passionate hunter and desired a dog that could excel at coaxing foxes out of their holes. He purchased several white fox hounds and thus was born his beloved, Trump, his original Jack Russell Terrier. Russell was pleased with him, as he was possessed the intelligence, personality and look he had in mind. Most of all, he was thrilled that Trump could successfully maneuver underground and extract foxes from their holes. Russell continued a successful breeding program and by the late 1880’s, the Jack Russell Terrier was recognized as its own breed. Many fellow English hunters purchased these dogs from Russell. Unfortunately, Russell died a few years later and there were only a few people willing to carry on his work. In 1894, the first breed standard was written. Russell’s contribution was not forgotten and his name was used for the breed.

The breed continued to gain popularity as hunting dogs. After World War II, however, hunting dogs were no longer as popular as they once were, and the Jack Russell Terriers started to become more popular as pets. Clubs sprang up in England and the United States and the passion for this high-energy dog continued to live on. Arguments continued for decades about the differences between the Jack Russell Terrier show dogs and working dogs and some people were opposed to registering the breed with known Kennel Clubs because they were afraid it would lessen the dog’s image as a working breed. This led to the splitting of the dogs into two groups. The Australian National Kennel Counsel is one of the only associations that registers them both.

Care and Grooming
Your Jack Russell Terrier is easy in the grooming department. They do shed year round, but a short daily brushing will keep their fur easily under control. They also only need to be bathed occasionally, and their white fur may turn a yellowish color when it is dirty, giving you a good indicator that a bath is needed. Like any dog, they need their ears cleaned and tails trimmed regularly.

Because the Jack Russell Terrier is very high-energy, he needs an outlet to keep him calm indoors. Adult dogs need at least one long daily walk and additional playtime in the yard will go a long way. They love to play with toys and they excel at dog sports like fly ball.

Health
The Jack Russell Terrier tends to be a fairly healthy breed but they are prone to some health issues.  One of the most common health concerns for the Jack Russell Terrier are issues concerning their eyes. Some have developed cataracts and others have developed lens luxation.  Other conditions that have plagued some lines are deafness, luxating patella, von Willebrand disease, and Leff-Calve-Perthes syndrome.

Suitability as a Pet
Many find the Jack Russell Terrier to be the ideal pet, but they are not a dog for everyone. Like many of the other terriers, they can be scrappy and do not always get along well with other pets. Often, they are unaware of their small stature and will fearlessly chase other animals (including your pet cat). Walking your Jack Russell Terrier can also be an adventure as they will happily take off after anything that moves. Early socialization with all family members and consistent training is essential with this breed.  If you have small children, you also must teach them not to tease this dog – they are unforgiving and will not hesitate to retaliate. Families with older children (or no children) are the best fit for this guy.

Due to their high energy level and strong drive to move, the Jack Russell is not a good fit for someone who lives in an apartment.  They do best in a home with a medium to large sized yard. Do not leave your dog alone out there for too long, however. Jack Russell’s are known for their excellent digging and can easily dig themselves out of a fenced yard or dig up a flower bed. For indoor activities, buy your Jack Russell plenty of doggy toys.

Your Jack Russell can be a gentle and loving companion. They thrive on lots of attention – if you are away from home most of the day, this breed might not be the best fit. 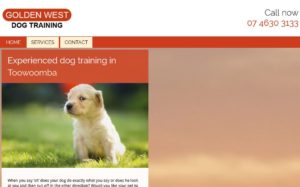 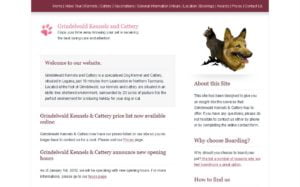