The Puli is a Hungarian dog bred to work with livestock in a herding and guarding capacity. Though its skills as a working dog cannot be ignored, the Puli is perhaps best known for its unusual coat, which consists of long, extremely tight curls that cover its body.

The breed was developed in Hungary, but its sheepdog ancestry may have Asian or Roman roots dating back hundreds or thousands of years. The Puli not only inherently guards livestock such as sheep and goats, it also protects them from threats such as wolves and intruders. This fearless breed is not unnecessarily aggressive, though it may engage in attack in order to protect livestock and its family.

The Puli was quite popular in its native Hungary and surrounding areas, though World War II had a negative impact on its population. Though the breed is largely recognisable because of its distinct appearance, it is considered a rare breed.

Though the rope-like curls of this breed resemble dreadlocks, great care should be taken to ensure that the coat does not mat. Without frequent care and attention, including manual separation of the cords, the Puli’s weather-resistant coat will collect dirt and become tangled, which may be painful for the animal. Its coat is long, falling in thick layers throughout its body. Curls also frame and cover its large head, often obstructing its vision, though this natural look is preferred over tying the curls away from its face or clipping the breed short. The coat is most commonly seen in black, though gray, cream or white colours are seen as well.

The Puli is medium in size, but is made to look much larger by its dense coat. It averages 40-45 cm in height and 10-15 kg in weight. Underneath its thick curls, the Puli has brown eyes and long, floppy ears.

Though one might think that the Puli’s large size and thick curls might impair its abilities as a working dog, the breed is actually very athletic and nimble. It does best on a farm or in a rural setting, though dogs in more populated areas will also be happy with physical activities such as long walks, jogs or agility exercises. The energetic Puli may try to herd small animals and children, but usually does so in a good-natured manner. This breed is loyal to its family, whom it considers to be its pack. It has a youthful and affectionate personality towards those with whom it is familiar, though it may be initially reserved towards and distrustful of strangers.

This intelligent working breed also needs mental stimulation in order to thrive. It should not be kept indoors for long periods of time; doing so will cause boredom and unhappiness and may lead to destructive behaviour. The Puli is independent and willful, which are traits that serve it well in a working capacity. Obedience training will help to ensure that this breed does not attempt to achieve the alpha role in its relationships with humans.

Skin sensitivities may arise if the Puli’s coat is not kept clean, which may lead to irritation or infection. Care should be taken to ensure that its eyes and ears are kept clean. It may also be prone to hip dysplasia, a common canine health condition. 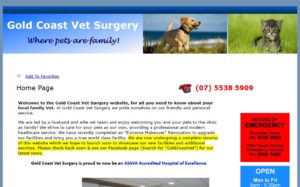 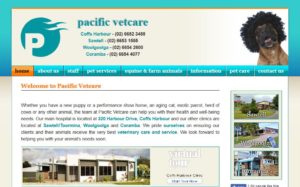