The Greater Swiss Mountain dog, a huge teddy bear by all accounts, makes a great pet for the right family.  Among the four Swiss mountain dogs, this breed is considered the oldest, and is also the largest.  Bred in Switzerland to pull heavy carts, this breed has incredible strength and passion.

Appearance
The regal Greater Swiss Mountain Dog has a double, tri-color coat which denseness keeps him warm in a cold climate.  Show quality dogs exhibit white spots on their paws, tail tip, muzzle, chest and sometimes on their neck.  Some also have red spots under their tail, on their legs, and over each eye.  While the breed standard requires the Greater Swiss Mountain Dog to be tri-colored, Swissys, other color combinations exist such as white, and tan tri-color and red and white bi-color.

Greater Swiss Mountain Dogs are muscular, dense and sturdy. Their dark brown or hazel eyes exhibit a sparkling, enthusiast expression. Their black noses and lips compliment their coat. Their medium sized ears are triangular in shape, slightly rounded at the tip, and are close to their head.

Temperament
The Greater Swiss Mountain Dog is happy, sociable, active, and dignified.   It has an enthusiastic nature, craving lots of attention and physical contact with his people.   Although most Swissys are companion dogs today, and not workers, the Greater Swiss Mountain Dog strongly retains his qualities of being a faithful and obedient worker. They like nothing more than feeling useful and enjoy hiking, carting, obedience trials, and backpacking with their family.
As an intelligent breed, Swissys are quick learners and easy to train.  They also make excellent watchdogs. They can be intimidating when faced with a threat, standing their ground against an intruder.  However, Swissys are accepting of strangers and handle unfamiliar environments with ease.
Maturing slowly, this breed can take anywhere from two to three years to become an adult. As puppies, the Swissy can be quite rowdy but often mellow as they age.
History
The exact origin of the Greater Swiss Mountain Dog is unknown, although there are several theories.  One of the most popular theories is that Swissys are descendants of large Mastiff-type dogs.  History tells us that farmers and herders used their earliest ancestors to pull carts, guard cattle and their families. They were the perfect breed for any Swiss farmer who needed a hardy animal to help them with all of their most strenuous tasks.  Being less expensive than a horse, they were sometimes called, “the poor man’s horse.”

The Swissy population slowly grew in Europe throughout the early 20th century and they were used as Swiss Army draft dogs during World War II.  The breed gained recognition internationally when the Swiss Standard was first published in 1939.  In 1985, the breed was granted entrance to the American Kennel Club into a miscellaneous category and was later granted access in the AKC Working Group. The Greater Swiss Mountain dog is rare today, even in its native country, Switzerland.

Care and Grooming
The Greater Swiss Mountain Dog has a short coat that is easy to care for.  It requires some brushing but their coat is not prone to mats or tangles.  Their heavy double coats are prone to shedding, however. Ear cleaning and teeth brushing are procedures best taught to a Swissy puppy, as an older dog will be much harder to wrangle.

The Greater Swiss Mountain Dog is a breed that requires only a moderate amount of exercise.  A daily walk will generally keep this guy happy and healthy. Hiking, back packing, and swimming are also good ways to keep your Swissy in good physical shape.

Health
For their size, Swissy tend to be relatively healthy.  The most common health issues are distichiasis (extra eyelashes) and some females suffer from incontinence.

Epilepsy, although rare, is probably the most concerning and debilitating disease found in the Greater Swiss Mountain Dog.  Epilepsy is believed to be genetic, but at this time there are no available tests to be given to the parents. Most Swissy that are predisposed to Epilepsy will start showing signs of the disease between one and five years of age and symptoms get worse with age..

Bloat and Splenic Torsion are two other serious issues that can occur in the Greater Swiss Mountain Dog. If a dog develops Bloat or Splenic Torsion, they must receive emergency care or they could quickly die.  Swissy owners should become familiar with the symptoms of these two conditions and have an emergency plan in place.

As a larger dog, the Greater Swiss Mountain Dog is also predisposed to several orthopedic diseases such as hip and elbow dysplasia, and OCD of the shoulder.  Slow and consistent growth is much preferred over rapid maturity for the Swissy.

Suitability as a Pet
If you have the room, The Greater Swiss Mountain Dog can make a great pet.  They love being around their family and are loyal companions. Most Swissys do best when they are led by a strong human leader. Due strength (they) proper leash training must be given at an early age. Without proper leash training, your Swissy, who is capable of pulling carts loaded with 3000 pounds or more, might take you for the ride of your life.  Because they can be quite boisterous, it is also important to teach them to have physical self-control so they do not accidently hurt someone. When appropriately trained and led, your Swissy should be fairly submissive and good natured. 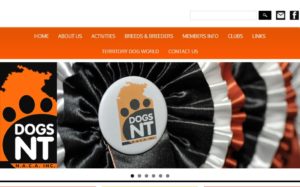 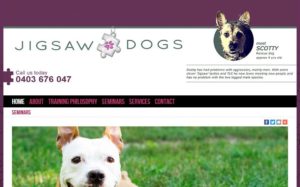