A member of the setter family, the Gordon Setter shares some of its traits with his brothers, the Irish Setter and English Setter. This dog first purpose was to hunt game birds in Scotland, like pheasant and quail. Although the Gordon Setter is still an excellent hunter, he also is an exceptional companion and excels in obedience and agility competitions, and in the show ring.

Appearance
In comparison to the Irish Setter and English Setter, the strong, sturdy Gordon Setter is the heaviest. The breed was first bred as a personal bird dog.  While Gordons are not known for their speed, their strength and stamina have been their claim to fame.  The Gordon Setter has a strong back, short tail (can be docked in some countries) and a deep chest.

As a hunting dog, it is important for the hunter to be able to see the Gordon Setter as he runs ahead into the field.  His coat colours make this feat easy, as he is easy to spot in the light fields. They are sometimes referred to as “black and tans,” as those are his primary coat colours. Specifically, Gordons have a mostly black coat with patches of tan on their faces, legs, and paws.  Their beautiful, long, shiny coat is either mostly straight or slightly curly with feathering on their tail, tummy, ears, legs, and tail.

The Gordon’s large head is finely shaped with a long muzzle that is as long as their skull. They have a broad black nose and dark oval eyes.  Their long ears are low set and hang close to their heads.

Gordons appreciate lots of attention and have a cheerful and gentle spirit which makes them excellent family pets.  Known for “talking”, your Gordon Setter will let you know how he is feeling. They can develop quite a vocabulary with various tones to express themselves. Constant tail wagging is also a part of their repertoire.

Although Gordons are very loyal family pets, they tend to be wary of strangers. As a general rule, when a Gordon encounters a stranger, she will not seek attention from them but will tolerate it.

History
History suggests that Scottish and English Gordon setters first came into being in the sixteenth century.  They are most likely descendants of the old Land Spaniel, Hounds and Pointers.  They became popular among Scottish hunters as bird dogs, because of their keen sense of smell. The Duke of Gordon is credited with establishing the breed in the 1820s. It was not until after his reign, in 1924, that The Kennel Club applied the name ‘Gordon Setter’ to the popular black and tan setter.

The Gordon had great stamina and could hunt in bad weather on both land and water, but as field trials became more popular, the Gordon’s popularity waned in favour of Pointers and other breeds that could outrun the Gordon.  Most hunters agreed that the Gordon still stood head and shoulders above other breeds as a one-man shooting dog, however.

At the Melbourne Show in 1865, the Gordon Setter made his first debut.  Gordons were fairly popular in Australia before WWI pre-war, as several breeders worked hard to establish the breed there. At the 1923 Sydney Royal show, fourteen Gordons were entered.

Care and Grooming
The Gordon Setter’s soft, medium-length coat requires regular brushing to keep it from getting matted.  If very active, it is important to check for burrs and tangles after an outdoor adventure and to give extra care when the dog is shedding its coat.  Fortunately, Gordons are only average shedders.
In order to keep your Gordon happy, they require a daily long walk or run.  An hour or more of vigorous exercise is best. Do not overexert your dog at too early of an age, however, to avoid joint problems later in life.  Wait to run or to teach agility until your Gordon is least eighteen months old. Natural hunters, keep your Gordon on a leash, or they may chase an animal right into busy traffic.

Health
Like most dogs, Gordon Setters are predisposed to several health concerns.  They are not as prone to hip dysplasia as many of the larger breeds, but some Gordons do suffer from the condition. Other health issues can include eye diseases like cataracts and progressive retinal atrophy (PRA).  They can also develop torsion and hypothyroidism.

Suitability as a Pet
Gordons are capable of adapting to a variety of living situations, as long as they are given the attention and affection they need from their owners.  They are best suited to a very active family that will give them plenty of daily exercise to maintain their peak physical and mental condition.  Because of their size and energy level, they are not ideal for apartment dwellers. They do best in a home where there is a fenced yard where they can run and play. Their hunting instincts teach them to roam, so a good fence around your property is essential.

Gordon Setters can do well with children, especially when they are adopted as puppies. Gordons can be quite protective of their small human siblings and if a child persists in teasing a Gordon, the dog will most likely run away than to be aggressive. A Gordon Setter can also get along well with other doggie siblings and even cats if they are introduced as puppies.

Did we miss your organisation?  Let us know. Contact Us 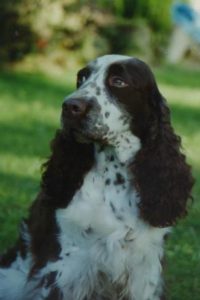 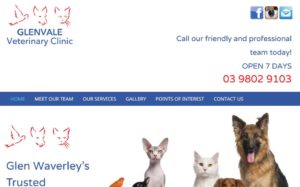 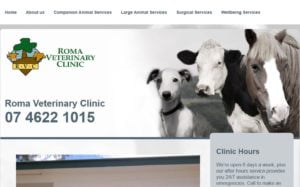