The Giant Schnauzer is a large dog breed close in relation to other Schnauzer breeds. It is thought to have come into existence in 19th century Germany, bred for its ability to guard property while also being a useful aid in farm work such as herding. Its development has been traced to the southern regions of Bavaria and Wurttemberg.

The breed stemmed from the Standard Schnauzer and was likely bred with larger dogs such as the Great Dane and the Bouvier des Flandres to achieve its substantial size. In addition to its other talents, the Giant Schnauzer has also been useful in police and military work. The breed’s numbers were in jeopardy following World War I, though it is no longer considered an endangered breed.

The Giant Schnauzer has a coat that is distinct to the Schnauzer breed. It is very thick and the outer coat is coarse or wiry in texture. It is important to brush the breed regularly to keep it healthy and free of matting. Semi-annual grooming is recommended in order to keep the breed in the typical Schnauzer cut.  The Giant Schnauzer is a minimal shedder, so this is a suitable breed for those with dog allergies.

This breed has a tall and boxy build that is rectangular in shape. It has a large and long head with a beard, mustache and hair above the eyes. It has a black nose and eyes that are very dark in colour. The high-set tail of the Giant Schnauzer has historically been docked, though this practiced is now widely discouraged and even illegal in areas such as Australia.

The Giant Schnauzer is a dependable breed that is loyal and attentive in nature. It may be shy towards unfamiliar people, but it is affectionate and devoted to its family. Though it may require extensive socialisation, this breed has the potential to get along well with other dogs. They also get along well with children, though care should be taken around small children and small animals since this breed can be unintentionally rough during play.

Without proper training and obedience, the Giant Schnauzer may display dominant behaviours and may become difficult to handle. It may also show aggression towards other animals or people if it is not taught that this is unacceptable behaviour. It has natural protective instincts, so it makes a wonderful guard dog.

The breed needs consistent exercise in order to remain healthy. Several daily walks will suffice, though the Giant Schnauzer also has the skills to excel in obedience, herding or agility exercises. Without sufficient exercise, the breed can be rambunctious and unsettled.

There are a number of known health problems that can potentially afflict the Giant Schnauzer. These include hip dysplasia, epilepsy, gastric torsion and cancer.

Barring any major health concerns, a Giant Schnauzer lives to be an average of 12-14 years or more. 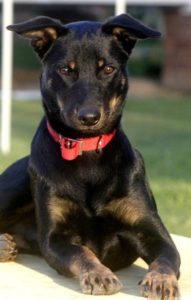 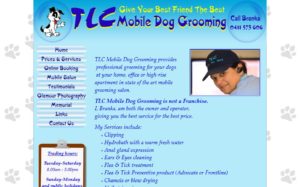