Overview:
Epagneul Francis belongs to one of the world’s many spaniel lines. Like most spaniels, it is considered a pointing dog descended from Chien d’Oysel, a setter dog from middle ages. In the 1600s, the  French Spaniel was extensively used for bird hunting, shortly after that time, the value of English breeds rose causing a scarcity of the breed. Luckily, in the 19th century, a priest succeeded in saving a few specimens from this breed. Now French Spaniels are present in many regions. J.de Connick was the first man who to set standards for French Spaniel. According to standard, the Epagneul Francis breed of dog has a variety of different traits compared to Brittany spaniel. Usually, it has a white coat with brown patches.  The breed is still rare in different corners of world.

Appearance
The head of the Epagneul Francis sits proudly high and is medium in size, length paired with being devoid of unnecessary sparseness. Length wise, the measurement of the skull is about 1 ½ to 2 inches. The lower lip doesn’t hide beneath upper lip as in many of the dogs in the spaniel line. The color of its nose is mostly brown paired wide nostrils, and to some extent, sculptured into an arched nose bridge. The tones of the eyes are dark and they are also oval in shape, the amber eyed French Spaniel reflects gentle expressions. The neck of this dog is moderately muscular, medium in length and crafted into domed and oval-shape. Overall stature of this breed is considerably well-built. French spaniel’s tail positions are low full in length. The thick coat of the spaniel species has an impervious quality along with its dense feathering significantly seen on its tail, legs, ears, and belly. Fur is medium-length and slightly wavy and coated with brown and white shades. Irregular patches or dots on some of the breed are prominent in brown tones. Foot pads are firm and oval. French Spaniel is an energetic and friendly creature that easily gets along with other animals.

Temperament
Known as a great and instinctive retriever, Epagneul Francis dogs possesses unruffled behavioral features and works joyfully under the company of its owner. Its muscular and tall physique exhibits an opposite attitude towards its calm and composed temper. Due to retrieving ability, French Spaniels entail hefty stamina that supports this breed’s ability to stay vivacious even after sessions of strong exertion. As a spaniel breed, this dog needs enormous amounts exercise and consistent training to maintain proper energy levels. In water, French Spaniels work magnificently; moreover a rugged terrain is also ideal for this hunting breed. In order to maintain an upbeat demeanor, this dog needs a regular amount of exercise to avoid depression.

History
During the middle ages, French Spaniels were considered mainly for net hunting and falconry. This breed was privileged to get preference over other hunting breeds by French Royal community. In 1805, several sporting magazines wrote about the astounding pointing abilities of the French Spaniel. During the 20th century, the breed had faced a period of danger when English hunting dogs became preferable for majority of hunters over the various French Spaniels. To enable the breed to survive, efforts of an interested priest allowed the breed to escape extinction. As a savior, “father” established an association by the name of “French Spaniel Club” for Epagneul Francis whose foundation was laid down in 1921.

Care and Grooming
The dogs of this breed have a medium-sized coat, to keep it flat and untangled, brushing twice a week is required. To maintain proper hygiene and sanitation, bathing once every week is the average recommended. Dry-shampoo is also a option if you want to refresh the dog without submerging it in water.  Make sure to ensure the ear passages are clean and dirt-free on a regular schedule. Try to keep the dogs feet pads free from germs to avert any chance of infection, and also trim down excessive feathering on regularly.

Health
From a health point of view French Spaniel has strong immunity along with high resistance qualities that allow them to live in just about every climate condition. Sometimes, a Francis can be affected from analgesia or acral mutilation. According to most vets, these ailments are new and usually appear between the ages of three months to one year. In some dogs, ulcers develop as a result of licking, biting, and mutilating. To prevent chances of any sort of disease, regular checkup after every three months should scheduled for Epagneul Francis.

Suitability as a Pet:
Apart from their retrieving abilities, French Spaniels are also known for their friendlness and full of life nature. They love to spend time with people; especially kids. Barking is also low in this breed making it a good fit for homes where quite is needed.. They only tend to bark when they sense danger or intruders. Otherwise, a Francis owner will seldom hear its pet barking.

Training:
Being that the breed is typically used as hunting dogs; French Spaniels can easily be well-trained. Their stamina levels tend to stay rather high which means they need consistent sessions of training to become pliant and obedient with their owners.. While training, if they are being praised for a good performance their responsiveness tends to improve exponentially. They show their love and affection not only while playing but also during exercise. Francis owners must entail even-temperament and regular exercise routine for the best results. Dog that are trained and exercised on a regular basis can lead an extended life past the regular average for the species. Outside of training, regular walks or jogs are also a good way to encourage healthy behavior in the dog. 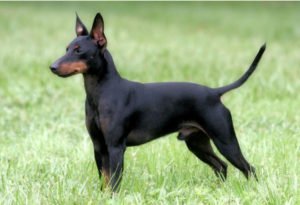