Overview:
Springer Spaniels originated in England and were bred for hunting purposes. More specifically, this breed in particular focused on one main aspect of hunting – scaring the prey they were hunting and startling them enough to “spring” out of their hiding places. Thus the breed became known as Springers. They are still highly skilled hunting companions and have transitioned from working primarily with falcons and hunting partners on horseback to now being able to assist gun hunters quite usefully.

Springers are very intelligent and they love to please. These characteristics along with their friendly nature make them a great companion for working or hunting. However their eagerness and intelligence and overabundance of energy means they are also very active dogs and must have plenty of exercise in order not to suffer from the effects of boredom.

Appearance:
Not surprisingly, male Springers are larger than the females. The males stand an average of 51 centimeters with 22 kilograms while the females weigh around 18 kilograms and about 48 centimeters. A double coat of fur is an advantage for the Springers – especially if they will be outside in adverse weather conditions. The undercoat is water resistant with the topcoat rough and firm. Their coat usually is two toned – white together with one of 2 other colors – black or brown. Occasionally there will be others colors but that’s not common or preferable. Their tails are naturally long with long hair if not trimmed, and are often docked in countries where it is legal to do so.

Temperament:
English Springer Spaniels are overflowing with an abundance of energy that must be accepted and expressed if they are to be happy and content family pets. The gentle and affectionate facial expressions of Springers are a true expression of their personality. They are social dogs and love their owners intensely with a deep loyalty and require loving attention in return. They are very intelligent and agile in addition to their overflowing energy so are very much in need of both mental and physical stimulation in order to be well balanced and content.

When given enough exercise on a regular basis, Springer Spaniels are very happy dogs – always cheerful, upbeat, and ready for another adventure at the drop of a hat. They are great companions for people of all ages, including children as long as people can handle the affectionate but exuberant bundles of energy that Springers are.

They love hunting and all the skills that go along, but they are also happy to play tracking and agility games. They do tend to track mud in and out of the house and are rather messy but their sweet expressions make it very difficult to be upset with them long about anything.

Because of their loving personalities that know no strangers, Springer Spaniels do not make particularly effective guard dogs. They will alert you when people show up at your house, but that is out of sheer excitement with a visitor – friend or thief either one. They get along just as well with other pets in the home although having any kind of bird in the home or in his territory can prove to be a little too tempting to resist with their deep hunting instincts so not recommended.

History:
Before the early 1900’s, English Springer Spaniels and Cocker Spaniels were considered the same breed and even the same litters. Smaller puppies were considered Cockers and the larger ones were Springers. Springer Spaniels were bred for hunting and the skills of finding, “springing”, and fetching prey once killed were the focus. The Springers originated in England and the breed did not become popular in other countries until the 1920’s when they began to be imported to Canada and the United States.

Care and Grooming:
Springer Spaniels do need considerable care and grooming in order to keep their coats and health well maintained. Their long, soft fur coat needs to be brushed at least 3-4 times a week in order to keep tangles to a minimum. Their excessive energy and play tends to tangle their fur easily as well as get various types of debris stuck such as leaves it just ran through or the newly discovered fun of a mud puddle. It helps to keep their coat trimmed regularly every other month or every month if preferred. Professional grooming services are always helpful in keeping a Springer’s coat and body in order.

Their naturally folding ears make ear infections a frequent possibility so they should be checked weekly while cleaning with a cotton ball and whatever cleanser your vet recommends. The toenails of the Springers need to be monitored well for their own safety and yours. If they are not able to get enough exercise outside to wear them down naturally, they should be trimmed at least once a month to limit the risk of long nails catching and tearing on something during energetic play times.

Health:
English Springer Spaniels are more likely to have a number of genetic diseases then the average dog so preventive care is essential. These disorders can be eye issues, gastro-intestinal problems, various skin diseases, blood disorders, and arthritis among other things. The most common issues are usually eye or ear-related so careful awareness of symptoms is important.

Suitability as a Pet:
As long as English Springer Spaniels are able to get a significant amount of activity every day, they make wonderful family pets. But their exercise needs must be met in order for owners to be able to enjoy their full personalities. Families who do not enjoy rambunctious, lively activity from and with their pets would not make a good home for a Springer Spaniel.

If they are not exercised properly, Springers will exhibit undesirable traits such as obnoxious barking, chewing, bouncing off the walls, – just being annoying in general which will soon cause their exercise needs to become your first priority for everyone’s sake.

Training:
In most ways, Springer Spaniels are very easy to train. Their sweet, eager to please personalities coupled with their and active mind culminate wonderfully in an obedient, well-trained dog…as long as they have plenty of opportunities to use up their overflowing energy.

Springers can be a little hard to keep focused during training sessions, as it is easy for them to get distracted. Employing the use of treats coupled with plenty of praise while training can help lessen the tendency to get distracted from the task.

One important aspect must be respected in the training of Springer Spaniels. They must be treated with kindness and patience and an abundance of over-the-top praise. It is much better to focus on reinforcing positive behavior and ignoring negative as much as possible in order to obtain the best results. If Springers are given a reason to lose their trust in you as gentle and “good”, they will soon refuse to listen and it is difficult if not impossible to regain their trust. 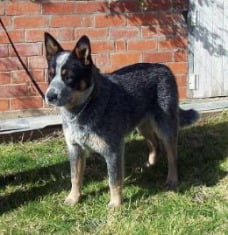