Overview:
This breed of dog was originally bred in England during the 1600’s for their hunting and birding skills. In fact, the English Setter is one of the first breeds categorized as a “gundog” breed (referring to their hunting prowess). They are well known and appreciated for their sweet personality that is very gentle and laid-back. English Setters are a very intelligent and athletic breed that needs a high level of physical activity with human companions because it is also a highly social breed. Since English Setters need an active household and do not do well being alone, it is not a good dog for apartment living or for owners that are gone from the home most of the day. Households that enjoy a lot of physical activities like hiking, jogging, backyard sports, etc. on a daily basis are excellent for Setters which will gladly participate in anything athletic or active.

Appearance:
The English Setters are a breed famous for their elegance and beauty that is streamlined into a dignified, sleek bearing that somewhat hides their strength and athleticism. Male Setters are typically larger than the females with the weight of males being between 27-32 kg on average while females will weigh around 23-27 kg. Male Setters will be around 63 cm tall with females usually about 61 cm in height.

They have a beautiful speckled coat of fur that ranges in a variety of their trademark colors of brown, lemon, blue, or orange. When full-grown, they are usually white with the darker colored fur intermittently spread over the whole coat. They are most often born completely white and began to gain the colored fur as they grow. Some puppies have the colored fur from the beginning, but that is not the norm. Their fur coat also has extra bursts of fluffy fur known as “feathering” around the legs, tail, chest, ears, and underbelly. The feathering adds to their beautiful appearance creating an elegant silhouetted fringe in the areas mentioned. The Setter’s coat is one of its most distinctive features and it lies beautifully flat and sleek if cared for properly.

Their head and neck are long with a regal bearing that matches their gentle temperament. English Setters usually have a very slim build due to their athletic nature. Soft, floppy ears and a long, wide muzzle coupled with dark eyes and nose blend to create a dignified, gentle face with a comforting air.

Temperament:
This breed is well suited for family life because of its gentle temperament. The Setters love people in general which makes them an excellent and safe choice for a household with children, but not such a wise choice as a guard dog. A high intelligence level that craves human company is part of what makes Setters fit so well in athletic families. They have a long memory for both positive and negative – they will usually remember and lovingly greet people they haven’t seen in years, but they also long remember any mistreatment and will shy away from those who have mistreated them in the past. They are easy going as long as they can be with people the majority of the day, and they even travel well in cars.

History:
The exact beginning of the English Setter breed cannot be pinpointed, but they have been traced as far back as the 1600’s in England where they because popular as hunting companions. The ancestry of English Setters is known to carry genetic traits of other pointer and hunting canine breeds which explains why they are such excellent hunting and bird dogs. The AKC began recognizing the English Setter breed of gundogs in 1884, and they gained AKC approval in 1986.

Care and Grooming:
Caring for this breed is relatively simple as long as you remember they need as little “alone time” as possible while at the same time as much physical activity as possible. They love living somewhere with a big yard or farm-type environment where they can run-around and connect socially with humans and other animals as well. Anything that includes humans and activity is something a Setter will enjoy. They thrive and develop at their best as long as they have ample exercise opportunities coupled with plenty of human interaction.

The English Setter’s coat is what needs the most care in terms of grooming and requires a full brush out at least 3 times a week in order to take care of any tangling and/or matting that occur. And with such long and silky fur and even longer areas of feathering, tangles are frequent. It takes regular brushing several times a week in order to maintain the health of that beautiful fur coat and the skin underneath it. This breed’s shedding amount of fur is about average and maintaining the brushing regimen throughout the week will also take care of the majority of the shedding issues leaving relatively little of the fur to float around clothes, furniture, etc.

Setters need a bath approximately every 6-8 weeks on average just in terms of coat and skin well-being, but of course more often if physical activities include traipsing through muddy areas, etc. But for the average Setter, bathing every 6-8 weeks is enough to make sure their odor and coat are as sweet as their temperament. Bath time is a great time to trim the coat with the feathering areas usually the most in need of frequent trimming to maintain a neat and well cared for appearance.

Extra care needs to be given to the ears of the breed, as they are prone to ear infections because of the floppy state of the ears impeding air circulation in the interior ear. Ears should be checked every week looking for signs of redness or irritation while also removing any wax build up where infection could thrive. Make sure to only use an ear cleanser that your vet has recommended with cotton balls, not cotton swabs.

Optimal gum and teeth health is obtained for this breed through brushing their teeth on a weekly basis which also helps maintain fresh breath. This will be greatly appreciated by the people who the Setters always want to be with however they can be. As far as nail care, if Setters are being cared for properly with enough outdoor activity, their nails will need little care, as the activity level will wear down the nails naturally. But if unable to exercise enough out of doors to take care of the nails automatically, they will need to be trimmed about once a month.

Health:
While English Setters are a healthy breed in general, they are also known to have a few more genetic health risks than the average dog. These include things like hip dysplasia, hypothyroidism, cancer, congenital deafness, and other less frequent conditions. The progression of the development of these issues can be slowed with early intervention and treatment so health knowledge of the conditions to watch for with this breed is a must in order to recognize signs and symptoms early on. English Setters that are cared for properly will live 10-12 years. Other than the higher risks for possibly developing some of the health conditions mentioned, they are generally a very healthy breed needing little medical intervention on average.

Suitability as a Pet:
The gentle nature and physical activity level of this breed causes them to be an excellent choice as a companion for children. They have the high energy level needed to run around and keep up with children, and are very rarely (if ever) aggressive with children.

But English Setters do hate being home alone. They usually can handle a few hours alone at home, but frequent and long stretches of alone time is well known for causing them to become destructive to the property within their reach. It can also frequently lead to nuisance barking that is hard to break once learned.

They prefer to have people companions so in general, getting another dog to be with the Setter doesn’t always solve the issues around alone time. However, if the Setter and his canine companion are gotten as puppies at the same time and raised together, it can work well to fulfill that role in avoiding alone time for the Setter as it then considers the other puppy as part of his family or clan so-to-speak.

Of course loneliness isn’t the only issue necessitating avoidance if possible in terms of leaving them home alone. Setters do not cope with boredom well, and if there is nothing appropriate to use for entertaining themselves, they will find whatever they can to combat boredom which usually means destructive behavior resulting in loss of many things. The Setters will quite enjoy chewing up and annihilating fun things like pillows, boxes, shoes, trashcans, etc. when bored and waiting for the family to come home again.

Training:
Surprisingly, even though English Setters are sweet and gentle, they are often more stubborn than might be understood by those inexperienced with the breed. They love being with people and need that social interaction in order to thrive, but they don’t really have a need to please those same people. They just want to be with them. And since they are also so highly intelligent, this trait can often lead to quite successful manipulation techniques being learned which in turn are extremely hard to unlearn. Setters need consistency in training from the very beginning with all areas but especially in terms of potential bad behaviors. Those should be addressed consistently as early as possible to keep bad behavior from becoming permanent habits.

While the breed needs consistency in training, it also needs a gentle hand in training just as much. Their sweet, gentle, but smart nature carries a long memory of any mistreatment, and it is difficult to regain their trust once they have been treated badly. Their excellent memories are also part of what makes the consistency in training all the more important as they will long remember times they “got away” with bad behavior and figure eventually they will be allowed to do so again. 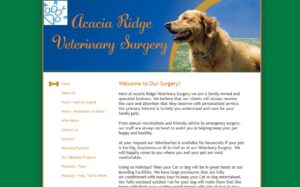 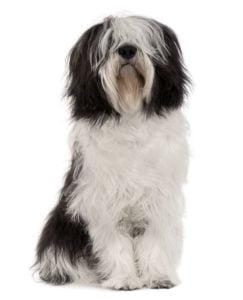 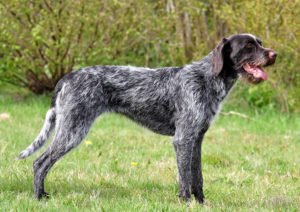 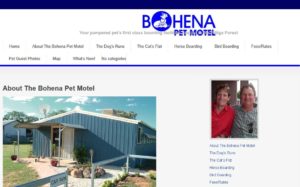 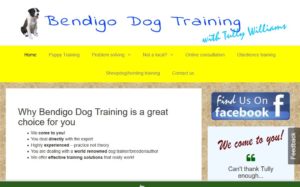