This breed’s name is derived from its use in baiting bulls in England. The English Bulldog was known to enter an arena with other dogs of its kind in an attempt to conquer a bull. In its early days, the breed was larger in size. It is thought to have since been mixed with smaller breeds such as the Pug, which has restructured both its appearance and its capabilities.

The English Bulldog has a sleek, short coat that is very easy to care for. It is typically white and red in colour, though other shades of tan, brown and beige are also seen. Regular brushing will help to remove dead hair in this type of dog and will also help to ensure that dirt or debris does not become trapped in its skin folds.

The English Bulldog is short in stature and has a stocky build. Its legs are short and thick and it has a naturally curly tail. This breed is known for its distinctly large head and compressed nose. Its nose is set close to the head in between two large, round eyes that are dark in colour. Its mouth features a distinct under bite. Its ears are set far back on its head and naturally fold.

Historically, the English Bulldog may have had some aggressive tendencies, though this is generally not the case today. It is now known as a friendly and laid-back dog with a love of human companionship. This breed is a friend to adults and children and will be happiest when it is close to its owner’s side. Cohabitating with other animals is not usually a problem, particularly with proper introductions.

As with all dogs, daily exercise is necessary in order to keep this dog healthy. It requires little other physical activity, which makes it suitable for flat living and for life with less active owners.

The English Bulldog is usually docile in nature, but may display stubbornness or shyness at times. It needs reliable and gentle leadership from its owner to discourage undesired behaviours or characteristics. It is eager to please, so it is typically fairly easy to train.

The most obvious health problem associated with this breed is its potential breathing difficulties. As a result of its Pug crossbreeding, this dog has a nose that is nearly flat against its skull, which makes breathing a little more laboured. For this reason, it should not be exposed to extreme temperatures and it should not be overly exercised. In addition, it has known sensitivity to heat, so it is happiest when living indoors in mild or cool climates.

The English Bulldog is at an extremely high risk of developing hip dysplasia. It may also experience heart problems, epilepsy or patella luxation. Most females give birth to English Bulldog puppies through cesarean section, as natural birthing poses a risk to the mother’s health.

The average English Bulldog lives to be 9-11 years of age. 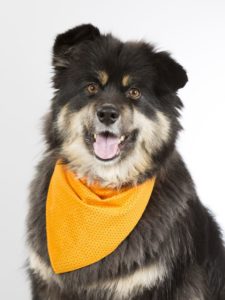 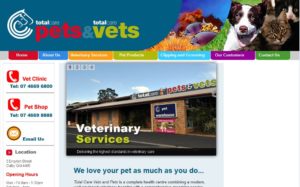