Overview:
Doberman Pinchers are a large breed of dog originating in Germany and are well known for their security dog skills. They are fearless and bold as needed, but not vicious or aggressive unless abused. They are extremely protective which is what makes them such great guard dogs. They are also known to be a little moody, but not in an aggressive manner. Dobermans do well with children although they tend to get a little rambunctious so take care to make sure little ones are out of the way when your Doberman is playing.

Appearance:
Dobermans are visibly strong and dignified on sight and just their appearances is one of their greatest security traits. Often just the site of one will cause those with poor intentions to hesitate and quite often just leave to find a safer “target” for their nefarious intentions. They are sleek, muscular, and clearly athletic with a graceful gait. They have a very short coat of hair that is primarily black with tan markings but can also be blue with tan or red with tan. Head structures are long and rather pointed which fits well with their body structure, and left natural, their ears fold and their tails are long and as active as they are. Where it is legal to do so, most Dobermans ears are cropped, and tails are docked.

Temperament:
When it comes to temperament and personalities of the Pinchers, there is considerable distinction between the two. Their personalities can vary widely with some being very outgoing and friendly with their loved ones while others might be more shy and reserved. Some enjoy socializing with other dogs when appropriate to do so such as a dog park, etc. and will also seek the companionship of others pets at home and love cuddling up with their buddies for a good nap. But regardless of their individual personalities and preferences, the temperaments of Dobermans remain true across the board. They are intensely protective of those they love or are charged with guarding. They are extremely loyal and devoted to their loved ones and have a strong desire to please and protect them. The stereotypical myth that floats around about Dobermans paints a picture of them as attack dogs who love nothing more than tearing anything to shreds that is foolish enough to enter their domain or gain their attention for various reasons. But in fact, their preferred methods while dealing with undesirable people is to merely contain them until their human handlers arrive. They’ll pin them in a corner or to the wall etc. with their intimidating, threatening stance ready to do bodily harm if necessary but most people are not foolish enough to push it – even criminals faced with being caught. Dobermans are content to just keep them at bay from a distance and wait until help arrives. The belief that Dobermans are vicious attack dogs at heart who are just waiting for something to kill is untrue. Dobermans are actually gentle at heart and seek the companionship of the people they love.

History:
Doberman Pinchers originated in Germany during the later part of the 19th century. The breed was actually a careful and selective crossbreeding done by a tax collector, Karl Friedrich Louis Dobermann, who wanted to breed a dog whose mere appearance was intimidating enough yet also strong enough if necessary to protect him while he was out collecting taxes in dangerous neighbourhoods. He had a great resource for selectively choosing which dogs to breed with as he also ran a local animal shelter. He did not document the process so the specifics are unknown as to which breeds were used, but Dobe’s are thought to have shepherd dogs, terriers, German Pinchers, and Rottweiler in their lineage. Dobermans were well known around the world by the first quarter of the 20th century and not only known but useful and desirable for their protective and intelligent qualities.

Care and Grooming:
Clearly Doberman Pinchers are high energy and in need of plenty of exercise whether working exercise or “play” exercises. Their care must include significant amounts of time to work (or play) off steam or they tend to become destructive of the property around them in order to entertain themselves. Not only do they need physically challenging activity, they also need plenty of mentally challenging exercise to keep their extremely intelligent brain happy and occupied.

While their care levels are high in terms of exercise, they are very low in terms of grooming needs. Their short hair does not need to be trimmed but they do shed year-round so brushing their coat well once or twice a week is wise in order to keep shedding at a minimum. Even with all their exercising, Dobermans have very little body odour and usually only need bathing every 2-3 months and sometimes longer.

The ears of the Doberman should be cleaned and checked for signs of infection on a weekly basis. They also should have their teeth brushed at least once a month in order to control bad breath and the tooth decay which is common in Dobermans. Their nails need the typical once a month trimming if their outdoor activity is not enough to keep them short naturally.

Health:
The life expectancy of Doberman Pinchers is between 10-12 years, and because they have been carelessly bred in recent years, there are a number of issues that might be present regarding their health – especially if they are an adopted pet rescued from abusive or neglectful owners. Emotionally, Dobermans tend towards severe anxiety if treated harshly. Neurotic traits such as frantically chasing their tails or barking wildly are also known to be common in those mistreated. Even well trained and treated Dobermans have a tendency for separation anxiety because they love being with their people so much.

Suitability as a Pet:
Dobermans work well as family pets – especially if there are any safety issues. Their strength and intimidating appearance have been known as enough to protect against stranger assault as they look plenty scary just standing and watching the scene. Robbers are often “dissuaded” from criminal intent with the mere presence of a Doberman who doesn’t always need to chase or bite to be effective in his security dog status. These active dogs will not fit into sedentary families. They have to expend their energy with tons of activity and do not make good couch potatoes. Neither are they a good choice to be home alone a lot. Their social nature needs plenty of companionship and leaving them alone at home for long periods of time will make them neurotic and destructive.

Training:
Very high intelligence in the Dobermans causes them to be great choices for just about any working position. They work well for many different positions including law enforcement, search and rescue, etc. Usually easily and quickly trained, Dobermans are fast learners for any new task presented them so make great choices as therapy dogs or guiding companions for the blind.

More challenges in regards to their training have become evident through the years, as careful and selective breeding is not always practised. Sometimes you will find Dobermans that are hardheaded and need more training time than others need. But regardless of the level or lack of stubbornness, all Pinchers must be trained with kindness but also firmness, patient consistency but also strong assertiveness. If Dobermans are meanly treated in a harsh manner, their personalities shut down and sometimes cannot be repaired.

It is very important to keep their socialization needs balanced both in training and beyond. They do love people and companionship, but they are naturally protective which can get out of hand when visitors arrive at the home if not socialized properly from the time they are puppies. In order to keep a good balance of that with Dobermans, they need to be taught that welcome guests in the home are no problem and other dogs invited to their territory are not a danger to the family either. Dobermans will instinctively be more protective than not so making sure they get plenty of opportunities to interact with “good” visitors will not only allow them to be enjoyed in the home, but will also help them distinguish visitors from intruders by how the “energy” of the home changes depending on the motivations behind someone entering the home. 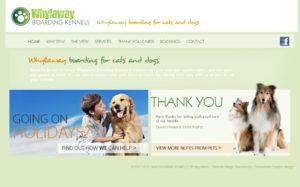 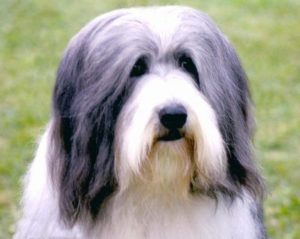 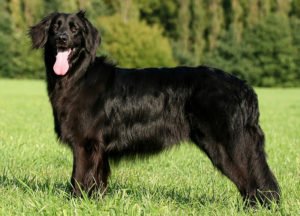