Description – The Czechoslovakian Wolfdog is the curious result of crossbreeding a German Shepherd Dog and a Carpathian Timber Wolf to produce a hybrid of the two. The resulting breed has characteristics of both of its parents and makes a great pet for a family with adequate room in their home. The dog is typically found with a multicolored coat made from combinations of gray, brown and white that tends to give it an appearance that closely resembles a traditional wolf. It stands quite proudly on its frame and can run at speeds of over 12 kilometers per hour for 100 kilometers or more. It is a naturally protective dog of its owner and will defend the family from intruders with both bark and aggressive reactions.

Origin & History – This breed started in 1955 with the deliberate crossbreeding of a German Shepherd and a Carpathian Timber wolf. This was done to develop an animal that would possess the acute senses of the wolf and gentler temperament of the Shepherd. The resulting breed has become quite popular with owners over the years as the dog has been shown at most of the major dog shows the world over. It is prized for its loyalty and intelligence and makes a great family pet. It is suited for most climates but favors colder environments like its native homeland and will adjust its coat to suit its environment.

Temperament – The Czechoslovakian Wolfdog is a very intelligent animal that loves to please its master. It can be taught commands quickly and is fiercely loyal to family members of all ages. It needs a strong master to take charge and will follow a dominant personality in the home when led. It has a gentle demeanor but can quickly react to threats and will repel most intruders with its bark and formidable personality. Originally bred to help with herding activities, it has since been domesticated as a family pet and makes a great companion for any home. The interesting thing about the results of its crossbreeding is that the dog is equally happy in a pack or alone with family members. This versatility is helping to make it a very popular pet.

Exercise & Grooming – This dog is fairly high-energy and as such requires daily exercise. This can either be accomplished through long brisk walks or free-roaming play in a larger backyard. It is suitable for a larger apartment as long as its exercise needs are met outside of the home. This dog loves to run and can travel great distances at speed if needed. Regular bathing is not required as the dog’s coat does an excellent job of shedding dirt. Depending on the season, the coat can be long or short and both of these styles can benefit from an occasional brushing to reduce tangles and matting.

Health Concerns – Because the Czechoslovakian Wolfdog has a powerful frame that is built for running, it is susceptible to hip dysplasia as it ages. If it has a very active life this may never be a problem for the animal but it should be checked if it starts to exhibit symptoms. Diet is also critical to a healthy life and the dog should receive plenty of exercise as well to ensure it stays trim and fit. 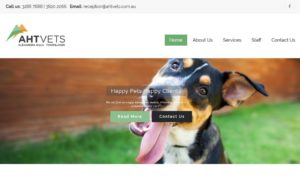