Appearance
Cockapoos vary greatly in size because they can be bred with two different types of Cocker Spaniels (the American and the English) and a number of sizes of Poodles. What you get may be a very small Cockapoo, from the smallest poodle in the poodle’s recent pedigree, to the largest cocker in the cocker’s recent pedigree, to potentially a little larger due to hybrid vigor. For the most accurate information, it is best to look at the parents of each individual dog, as Cockapoos will often always show strong characteristics of both parents.

Cockapoos are generally a sturdy, well-balanced breed, which they get from their Cocker Spaniel genes. They are compact with a square appearance and a healthy back structure. They usually have large, round brown eyes that give off an endearing and intelligent look.

Their hair is often wavy which comes from a mix of the two very different hair types of their parent breeds. The Poodle normally has tight curls and most Cocker Spaniels hair is straight. The Cockapoos hair color varies greatly in color. They may be tan, beige, buff, black, red, brown, sable, cream, white, silver, brindle or phantom. They may be solid in color or have white patches, or ticking as well as a merle coat.

History
Unlike most crossbred dogs, whose history only dates back a decade or so, the Cockapoo is one of the first of the “designer dogs,” dating back to the 1960s. While the first cross may have been accidental, these puppies were well received, and the Cockapoo line began. The Cockapoos popularity steadily increased when people saw how gentle and loving the breed could be.

While some people are content with the basic cross between Cocker Spaniel and Poodle, others have made great efforts to establish a breed standard to make the Cockapoo a true breed. The Cockapoo Club of America, formed in 1999, created a breed standard of their own. Today this club promotes breeding multigenerational Cockapoos to each other instead of creating new first generation dogs. The North American Cockapoo Registry’s mission is also to establish the Cockapoo as a true breed. This group, which formed in 1999, provides certification for Cockapoos who are the results of first- through sixth-generation pairings. This registration provides a traceable background, which in turn provides the information needed to define a Cockapoo as being a breed of its own.

Temperament
The Cockapoo’s disposition has been described as sweet, intelligent, affectionate and loyal. The Cocker Spaniel is said to have contributed his easy going, patient and loving personality while the Poodle has contributed his smarts and activeness. The Cockapoo is known to accept nearly everyone from kids, to the elderly, and other pets. He can be both very active and able to romp with larger dogs, yet he is small and affectionate enough to cuddle up in your lap.

Most owners describe their Cockapoo as a happy-go-lucky dog, rarely showing aggression or shyness. They rarely become destructive and are easily trained and eager to please. Unlike some other small dogs, they can be extremely tolerant of the antics of small children

Care and Grooming
The Cockapoo, thanks to his Poodle genes, produces very little pet dander and therefore is a good dog for allergy sufferers. Fortunately, for the Cockapoo owner, this dog does not require the extreme level of grooming that most Poodles do. Like many floppy-eared dog breeds, Cockapoos are prone to ear infections, so keep their ears clean and dry. This is best achieved by gently wiping out their ears with a cotton ball. If your Cockapoo’s ears smells bad, looks red or seems tender, or she frequently shakes her head, this is a sign of an ear problem.
The Cockapoo only needs an occasional bath but needs to be brushed daily. Although their coats can be left unclipped, many owners like to keep their fur trimmed shorter. This is especially true on their face, as longer, unclipped fur can block their visibility. Your Cockapoo’s teeth need to be brushed weekly and their nails need to be trimmed periodically.

Most Cockapoos have a moderate amount of energy and enjoy a short to medium walk daily. A good romp in the backyard can also accommodate their physical needs.

Health
When you cross two breeds that are noted for longevity, you get a breed with a long life expectancy. Cockapoos average life expectancy is around 15 years but some may live to be more than 18 years old.
Cockapoos tend to be a healthy but they are prone to some common health issues. Both Poodles and Cocker Spaniels have known to suffer from luxating patellas and progressive retinal atrophy. Your Cockapoo may also develop problems with cataracts, hip dysplasia, allergies, liver disease, heart disease and ear infections.

Suitability as a Pet
Cockapoo owners are a proud group and consider themselves fortunate to have such a loving and affectionate pet. The Cockapoo is an adaptable dog, able to live in many different environments including apartments and in cities. They are very social dogs and require lots of time with their families. The Cockapoo does well with children, and can be unusually forgiving with small ones. She also does well with other dog and cat siblings and may even do well with smaller furry animals.

While they do not require extreme amounts of exercise, a Cockapoo owner must be willing to take their dog on a short daily walk. Expect to give her at least 15 minutes per day and offer a variety of activities, such as games of fetch, and walks. Training your Cockapoo with positive reinforcement should be a breeze, their intelligence and eagerness to please is strong. 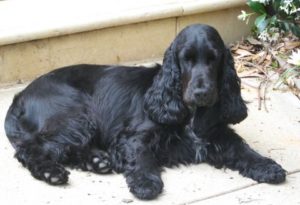 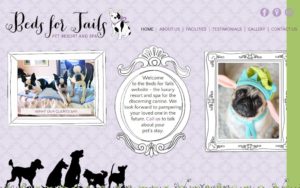