Overview:
This breed of dog is originally Italian and was bred thousands of years ago in Sicily. They were bred for the hunting small game for their owners, mainly rabbits. The breed is trim on stature, heavily muscular and well equipped to run over the rough grounds of Italy. While some dogs use instinct to track their prey, Cirneco’s use mainly their well tuned sense of hearing, amazing sight and their sensitive noses to capture their game. Even today, the majority of these dogs are still in Sicily, however you can find ever increasing numbers France, Finland and other European countries. There are limited numbers of the breed in the US, but mainly as show dogs to forging based owners.

Appearance:
The Cirneco dell’Etna is a medium sized slender dog, most text refer to them as slender yet strong companions. This is a breed that is very elegant in appearance. The lux coat, pointed muzzle and overly exaggerated ears attribute most to the regal look of the dog. Though beautiful, this breed isn’t eligible to compete in shows due to their droopy ears. Never flat, the dug has a muscular ribcage that’s highly narrow with a slight spring. The pads and nails of the breed always match in pure bred puppies and are typically brown or the color of flesh. If you happen across one with ball nails or black footpads, it is not a pure blood and considered disqualified from the breed. There is a close resemblance to the pharaoh’s hound, but the Cirneco is smaller and in no way related.

Temperament:
The Cirneco dell’Etna  is very friendly, outgoing, smart and affectionate. Its loyalty to their owners also extends to family members and close friends. They do well with other pets of all species as long as opposing species are introduced at a young age. The breed has a natural desire to please humans as well as receive praise, but will act in a very shy and reserved manner with strange humans. The Cirneco can live in most climates both indoors or outdoors, but if the climate you live in varies, its best to keep them in the house due to their fine hair and lack of blubber.
History:
The Cirneco dell’Etna was bred and nurtured much in the same fashion as that of the Pharaoh hound. Many believe that the Cirneco blood line originated in the east, specifically being purchased and imported from Egypt around three thousand years ago. This breed is different from the Pharaoh in that it’s much smaller and the eyes are more deeply set. The name of the breed also follows its Sicilian roots. The breed has never left the island in mass which allows it to boast truly being a pure blooded dog. In the past, the dogs were used to hunt game as food for their masters, in current times, though still used for hunting; most people keep them as companion pets or show animals.

Care and Grooming:
This breed’s hair isn’t overly complicated to care for; in fact you can keep it in good condition with the use of a simple rubber glove. For ideal care, use a hound glove or a rubber curry brush. Working though the coat will give the dog a slight shine as well as keep the hair soft and manageable. Don’t over wash this breed, in fact, only give it a bath when the coat has accumulated odors or damps smells. Check their ears on a regular basis to assure the passages are clean and also keep the nails on the breed shortly clipped. Similar to most hounds of the sight category, Cirneco are very particular about how their feet are handled. You should start acclimating the dog to nail grooming as soon as it is weaned from the teat to prevent problems as it grows older. The quick on this breeds paws can be hard to spot, if cut, it will lead to intense pain until healed. If possible, opt for professional nail grooming to avoid needless injury. Since the dog needs a lot of daily exercise, you should put at least one hour aside very day for their care. If you like to bike, having your dog run along side you is a perfect form of exercise.

Health:
This breed originated from a very tough environment. Sicily was highly isolated and the terrain was extremely unforgiving. The natural breed has had very little manipulation and has also inbred almost exclusively. These factors have allowed the breed to avoid being labeled with health issues that are breed specific.

Suitability as a Pet:

This is a breed that can cohabitate with cats and other pets easily, they love children and are shy from strangers. This is not a security dog as it will only bark at strangers but not act upon its suspicions. The breed loves to observe its surroundings and is highly active with small animals, companion pets, and even children. Being that they are naturally attuned to the chase, it’s important to keep them soundly fenced to avoid chasing stray or wild game. These dogs don’t do well without high amounts of exercise and interaction, being left alone for extended period of time will cause the dog to go into depression and become destructive to surrounding property.

Training:
The Cirneco dell’Etna is a relatively easy dog to train but the handler needs to be very consistent. The breed is known for its high amount of intelligence and responds well to trainers who are gentle and offer positive reinforcement. Compared with other sight hounds, it is easier to train due to its intelligence. It does well in both long and short training classes, but shorter ones are recommended to keep the dog’s interest level high. 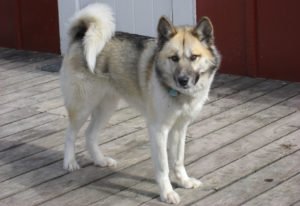