The Cesky Terrier is a relatively new breed of dog, developed in the mid 1900s by Czech breeder Frantisek Horak, who crossbred the Scottish and Sealyham Terriers in order to produce a smart new hunting dog.

The result was the Cesky Terrier, a breed that is skilled at flushing out foxes, badgers and rodents in its native Bohemia in addition to hunting rabbits and birds. It also serves as a good-natured companion and guard dog.

Due to its short history, this breed is considered extremely rare throughout much of the world. It is highly prized and celebrated in its native Czech Republic.

The signature characteristic of this terrier breed is the long fur that can be seen on its stomach, legs, beard, moustache and eyebrows. The rest of its body is covered in a short, wavy, soft fur that lies close to the skin. In order to maintain the breed’s typical cut, semi-annual grooming is required. In addition, frequent brushing and trimming of its fur are also necessary. Unlike most terriers, the Cesky Terrier is clipped as opposed to hand-stripped.

Cesky Terriers are born a rich black shade and gradually lighten in colour as they mature. They generally settle upon a gray, blue or yellow colour within 2-3 years.

This breed has short legs and a narrow wedge-shaped head. Its ears are perched high on the head and are medium in size and folded. It has eyes that are light to dark brown in colour and a black or gray nose.

The Cesky Terrier weighs an average of 7-10 kg and is approximately 25-30 cm in height.

The Cesky Terrier has a calmer disposition than most other terriers. It requires a moderate amount of exercise, as it was bred to be an active dog, though a daily walk or two will suffice. It is also known to be playful outdoors or inside the home. It should be kept in a secure yard outdoors and on a leash when walking, as it can be prone to running if it picks up a scent or gives chase to an animal. They also enjoy digging outdoors and will cheerfully do so if permitted.

It is an affectionate and loyal dog that forms a close bond with its owner and family. Most terrier breeds have a history of being temperamental in nature, but the Cesky is more laid-back. Responsibly exposing this dog to a variety of people, animals and environments will help it to be as well-rounded as possible. They may be shy or reserved with strangers, though they are generally friendly towards children and other dogs. They may not be best for a household with cats or other small animals. This is a gentle breed but it has innate prey instincts that may endanger small animals.

The Cesky Terrier can develop stubborn or snippy behaviours if its owner does not establish leadership in the household. This breed will gladly protect its family from harm, barking to announce the presence of company and becoming defensive if necessary.

This rare breed is not usually afflicted by genetic health problems and is not predisposed to any other conditions other than Scotty Cramp, a terrier condition that causes muscle spasms.

The Cesky Terrier lives to be an average of 12-14 years of age. 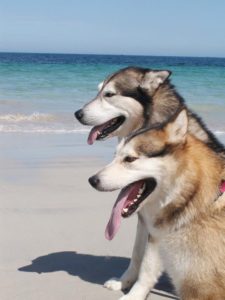 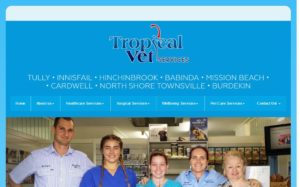 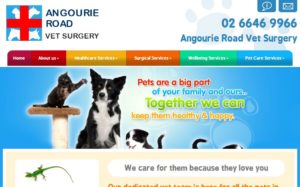