Intro
The Carolina Dog is a wild breed that was only discovered in the 1970s. They appear very similar to the Dingo, and exhibit unique breed characteristics.

Appearance
These are medium-sized dogs with a broad skull and a long, pointed muzzle. They have slightly rounded triangle-shaped ears that are held upright when the dogs are alert, and held laid back against the skull at all other times. They have dark brown, almond-shaped eyes and black noses in most cases, although some white or cream dogs may have lighter-coloured noses. Some have a melanistic mask. They have a long, straight back, tucked-up belly, and well-developed chest, much like sight hounds. They are well-muscled, agile, and flexible. Their moderately furry “fish hook” tail gets carried according to a dog’s level of attention: at a 45-degree angle when alert, or down low and tucked between the legs at other times.

They have a short, straight double coat that is much thicker during cold seasons. The outer coat is short and smooth on the legs, head, and ears, and longer and coarser down the back, on the withers, and on the neck. When threatened, these guard hairs rise to make the dog appear more imposing. Carolina Dogs come in black and tan, ginger, piebald (white or cream with random spots of tan, red, or black). The underside of the tail is a lighter colour than the rest of the coat.

History
These dogs’ ancestors may have travelled over the Bering Straits land bridge with the first humans to make it from Asia into North America. They were companions, guard dogs, herding dogs, and hunting companions to these primitive peoples. They moved down into the eastern United States. Mummified bodies and skeletal remains have been discovered in many locations, showing these dogs were prized companions.

Thirty years ago, Dr. I. Lehr Brisbin Jr., a senior researcher at the University of Georgia’s Savannah River Ecology Lab discovered primitive dogs in Georgia and South Carolina. Those dogs lived in areas where there were no people or domestic dogs and so the breed has stayed true. At first he assumed they were strays, but then noticed that the dogs are very similar in appearance to the Australian Dingo. Visits to local dog pounds revealed many more dogs of similar appearance. Further investigation revealed that the dog they now call the Carolina Dog resemble remains of Neolithic dogs dating back thousands of years. In the 1980s, most of them were moved into captivity for further study. Some were adopted out to see how they deal in domestic situations. Since then, these dogs have become loved companions in homes across North America. They are not yet recognized by the American Kennel Club, but can be registered with the American Rare Breed Association and the United Kennel Club.

Temperament
They are a true pariah dog in that they exhibit primitive and unique behaviour such as regurgitation for pups, communal pup rearing, pack hierarchy, the digging of snout pits and nesting dens, strong prey drive, and the covering of feces.

They are great with children but need to be socialized from a young age with kids of all ages. Children must be taught to be respectful of all dogs, but Carolina Dogs will usually tolerate typical playfulness. They make great house pets, are easily housebroken, do not tend to be destructive, and can be crate trained. They usually get along well with other pets, although like other dogs, some dogs do better adjusting than others. They defer to older dogs as being “alpha.” They can get along with cats if raised with them from a pup.

They are essentially wild dogs, and so are very shy and need socialization from a young age. A dog that is properly socialized will be loyal, loving, protective, and gentle. They are intelligent, learn easily, and responsive. They have a well-developed hunting instinct so small animals in the home might be at risk, depending on the individual dog and how it was raised. They are good hunters of small game, and also make good herding dogs.

They are not friendly with all people; they bond very closely with their human companions but remain untrusting – but never aggressive – around strangers. This makes them good guard dogs. Like most other breeds, they do need to be kept mentally stimulated while at home alone to prevent boredom. A perpetually bored dog will eventually develop undesirable behaviours.

Care and Grooming
They have very minimal grooming requirements – a quick brush once a week will keep stray hairs to a minimum. Bathe only when necessary – these dogs are naturally very clean. They need their ears checked for dirt and debris or signs of infection once a week, and their teeth brushed once a week. Check their toenails once a month to see if they need to be clipped, and trim as necessary.

They have moderate exercise requirements and do best with at least one long walk once a day. They enjoy games of fetch, and do well in agility and obedience and Frisbee competitions. Occasional camping or hiking trips with the family suit these dogs perfectly.

Health
Carolina Dogs are naturally very healthy and do not display signs of genetic problems that cause hip dysplasia, ear, eye, or skin problems like other breeds. They live to be around 15 years old. Selective breeding programs now have bred many generations of these dogs and still have not noticed any inherent health problems.

Suitability As A Pet
They make excellent pets, as long as they receive proper socialization. Owners must exhibit “pack leader” behaviour so the dog understands its position in the family pack. They do well with active families and can live in small homes as long as they get enough daily exercise.
— 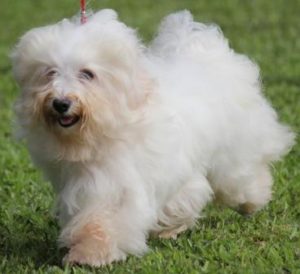 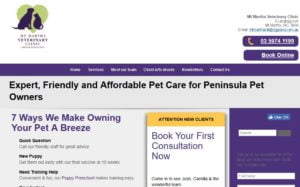