Intro
Both France and Belgium lay claim to this dog’s origins.

Appearance
They are a dog with a rugged appearance: powerfully built, short-coupled, rough-coated, and compact. They have large heads on top of square, sturdy bodies. They are an extra-large dog that weighs in between 27 and 41 kg and give an overall impression of having great strength. They have dark, intelligent, oval-shaped eyes, heavy eyebrows, and a long, tapered muzzle. They have large black noses, tight lips, and ears that fold over. They have muscular, arched necks and square bodies. Their shoulders should be strong and well-developed.

They are covered in a double coat that is like steel wool on top with a softer, denser, fine undercoat. They have a tousled appearance and their coats can be slightly kinky or wavy. The fur on their heads is shaggy and long, with a heavy moustache, beard, and eyebrows that can cover the face.

History
There are conflicting stories regarding from which country this breed originates – both France and Belgium have laid claim to the Bouvier des Flandres. The Fédération Cynologique Internationale lists it as a “Franco-Belgian” breed. In either case, it was developed to work on farms as a herder, manager, and protector. There are no written records detailing its ancestors, but it’s possible they came from a mix of Beaucerons, Griffons, Tibetan Mastiffs, Schnauzers, Brabanters, Irish Wolfhounds, and local farm dogs. There was a lot of variation in appearance among those early dogs, because breeders cared more about ability and personality than appearance.

The first Bouvier appeared in an international dog show in Brussels in 1910, and caught the attention of the Société Royale Saint-Hubert. The breed standard was developed in 1912, and a group of breed fanciers developed the breed standard further. Since then, all dogs of this breed have shared the specific physical characteristics as described. They are still used as working dogs today in Europe, but have not gained much popularity outside of breeder kennels and shows in the rest of the world, probably because of their large size. They are also used now as assistance dogs for handicapped people, and do well as rescue dogs. Ronald Reagan, former U.S. President, had a Bouvier named Lucky.

Temperament
They are calm, loyal, fearless, even-tempered, protective, courageous, and bold, with a low prey drive. These are all great qualities required in a working cattle dog. They can become timid and nervous if not properly trained and socialized, and can be standoffish with new people. Dogs that lack socialization can develop overly-protective, territorial qualities which are undesirable. They are very intelligent and can be dominant, particularly with trainers who do not have experience or who are not firm enough. They are easy to train and have a great memory for commands and for remembering people they have met.

While not prone to aggressive behaviour, they make good guard dogs, simply due to their imposing looks. They keep watch over their people and animals and help to protect the home as a natural guardian. They are fully mature by three years of age and tend to not be very playful once they mature. They are good with kids, but more as a companion than a playmate. They get along fine with other dogs, but do best in a home without non-canine animals since they will chase small animals. These dogs should always be neutered if not being bred, because they do tend to have same-sex dog aggression issues if left intact. They do require socialization to ensure they get along with other dogs.

They require consistent training methods that include positive reinforcement, and an understanding that the human trainer is the boss. They are fairly easy to housetrain because they are naturally very clean. Once they have learned basic obedience, they are usually good both on and off the leash, and can be trusted not to run away once they are around two years of age. They are great natural herders and pick up on how to herd quite well. Once they learn a command, they seem never to forget it.

Care and Grooming
A properly-groomed Bouvier requires brushing two to three times a week during non-shedding season, and more frequent grooming during shedding season. This helps reduce the amount of fur left on furniture and the floors of your home. In addition to brushing, they need a bath and trim once every six to eight weeks. They are prone to collecting dirt and food in their facial fur, feces in the hair on their behinds, and mud, leaves, and sticks caught in the fur on their feet. They also tend to gather burrs and other small items, including ticks, in their coats. This makes them hard to keep clean and they should be inspected on a daily basis and cleaned as necessary.

They also need their ears and teeth cleaned on a weekly basis, and their nails clipped monthly. Some dogs wear their nails down naturally and so will not require monthly trimming, but do check to make sure.

When it comes to activity requirements, these dogs are very energetic and need at least two to three hours of activity each day. This can include a combination of walks, play, work, and mental stimulation. They make great jogging companions and love spending time outdoors hiking, camping, and doing cartage work. If they don’t get enough exercise, they can become bored and prone to destructive behaviour. It is important, though, to not over-exercise a growing puppy because this can cause permanent damage in dogs that are under three years of age.

These dogs usually enjoy competitive trials like agility, herding, advanced obedience, tracking, Schutzhund, and carting events. They will self-exercise if left outside in a fenced yard, but are fairly sedentary when indoors.

Health
This is a very healthy and hearty breed, and lives quite long for its size. They are not prone to many health problems suffered by other breeds, and the low demand for them has so far meant that high standards are held by all breeders. Some health problems that may affect these dogs include entropion, bloat, and hip dysplasia. Bloat can usually be avoided by limiting exercise after feeding, and by feeding the dog several smaller meals throughout the day instead of one or two larger meals. Entropion can be corrected through surgery, and hip dysplasia is a problem common to all large breeds, controlled or treated through drugs and surgery.

Suitability As A Pet
These dogs make fantastic companions to both single people and families with children. They can get along fine in apartments and small living areas as long as they get enough daily exercise. They are not suited for novice dog owners or homes with cats. They can be used as a working dog with great success. 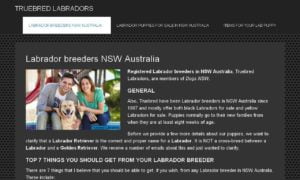 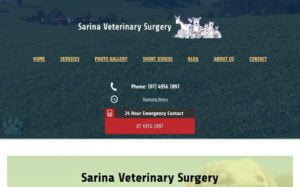