The Boston Terrier is a breed native to the United States and was developed in the mid 1800s by crossing several types of terriers and bulldogs. The original purpose of this breed was that of a fighting dog and it used to be noticeably larger in size.

Presently, the Boston Terrier is kept as a small companion dog. Though it may be tied to terrier breeds, it has a more relaxed and easygoing nature than most terriers. It is affectionately referred to as the “American Gentleman” because of its docile nature. The breed enjoyed great popularity in the early 1900s and has since remained a well-known dog in the United States.

Boston Terriers are a small, solid dog with distinct features. It has large, oversized ears that stand erect and it has a square-shaped head. This is a brachycephalic breed, which means that its muzzle is short and set close to the head. It has round, dark, wide-set eyes and typically has a white blaze between its eyes.

The Boston Terrier is usually white and black or brindled in colour. Seal is also a colour pattern recognised in breed standards.  It has a sleek coat that lies flat against the skin. White is usually present around the mouth, between the eyes, on the legs and on the chest. It is a naturally muscular breed and its frame is emphasised by its short coat. Grooming requirements are low, as an occasional brushing will suffice in keeping its coat healthy.

The Boston Terrier is generally a tame breed and it has a warm and friendly disposition. It prefers human companionship over solitude and is likely to get along well with adults, children and animals if given the right amount of socialisation. The characteristics that make it a wonderful companion dog were purposely bred into this breed, as its original nature and purpose gave it aggressive tendencies. The Boston Terrier is now a sensitive breed that does best with gentle, yet effective training.

This breed is prone to snoring, but is otherwise a quiet breed. Most Boston Terriers do not bark unless someone approaches the home, which makes them wonderful watchdogs. Though it does not have high exercise requirements, this breed will be happiest and better behaved if it receives a daily walk. It will also be content exerting energy while playing indoors.

The Boston Terrier is prone to quite a few health conditions. It may experience vision problems such as cherry eye, entropion or cataracts. It may also experience cardiac problems or luxating patella. Most females must give birth through caesarean section.

Occasionally the Boston Terrier lacks pigmentation. In this instance, the dog is more susceptible to blindness, deafness, allergies and other health conditions.

As a result of its short muzzle, the Boston Terrier can have difficulty breathing and regulating its temperature, so it should not be overexerted or exposed to extreme temperatures.

The average Boston Terrier lives to be 11-13 years of age. 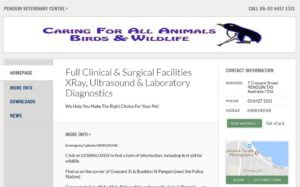