Breed Type:  Belgian Malinois
Country of Origin:  Beligium
Size:   Large
Also known as:  Chien de Berger Belge, Belgian Shepherd, Pastor Belga Malinois
Males: Height: 61- 66 cm Weight: 23-29 kg
Females: Height: 55- 61 cm Weight: 20-27 kg
Exercise Requirements: Vigorous
Care Requirements: Moderate
Lifespan: 10-14 years
Best Suited as:  Sheep-Herder, Service Dog, Military/Security/Police/Guard Dog
Overview:
The Belgian Malinois dogs are a type of the sheepherding branch of dog breeds in general and one of the four main Belgium sheepherding breeds.  Their appearance resembles German Shepherds and they are often mistakenly identified as German Shepherds.  Malinois are extremely intelligent dogs which is part of what makes them great for various service and security type roles.  They are very active with a high level of confidence and get very attached to and protective of their owners and families.  This protectiveness along with their herding instinct causes Malinois’ to be wary of strangers.

Appearance:
The Belgian Malinois dog breed is very proportionate as to size in that they are as tall as their body is long.  They are strong dogs with great muscles but are still quite agile and quick even though they are larger dogs.  They have a very graceful and regal carriage that tends to demand respect from those who recognize it.  Their chests are usually large and somewhat deep and they have legs that are quite lengthy ending in feet that can be described as resembling feline feet.  Malinois’ heads are rather large and strong looking ending in a tapered muzzle that also gives a strength in appearance.  Their eyes and noses are usually dark as are the markings on their face and ears which have a black tip at the end.  Their ears are a good indicator of their personalities as they are up and alert at all times.  While the Belgian Malinois’ have black markings, their coat in mostly lighter in colors ranging from light brown and fawn-like coloring to a deeper brown color of mahogany.  Some of the lighter colored Malinois will have some tips of white color on their toes or across their chests.  As typical to most breeds, the female Malinois is slightly smaller than the males and their sizes are most often between 55 and 66 centimeters with weights between 20 and 29 kilograms.

Temperament:
Belgian Sheepdogs are known for their loyal and protective personalities and the Belgian Malinois’ are no different.  They are alert dogs that thrive on activity and can work well in farming and family environments as well as in service roles.  They must have plenty of exercise in order to be happy and busy and love any physical activities from hiking and long walks to roughhousing with children and adults or helping herd various livestock animals, or just playing Frisbee in a large yard.  Because they are naturally alert and quite vigilant, it is easy to train the Malinois to be excellent guard dogs even at the same time they are playing or performing tasks of any kind.

The activity level for Belgian Malinois dogs is vital for happy and well-behaved Malinois’.  If they are unable to get as much exercise as they need, they tend to become bored and destructive.  Large areas for play and exploration are important for the breed hence they do not do well living in apartment settings.  They are strong dogs and capable of intense outdoor exercises whether at play or at work and love to be included in just about any physical activity with their families.

Belgian Malinois should be well socialized as early as possible in order to teach them the difference between strangers they need to be on guard against and guests who are welcomed into the home.  If not socialized well from puppyhood, the Malinois can develop some inappropriate aggressive traits that are hard to get rid of once learned.

History:
Belgian Malinois dogs are believed to have originated in Belgium during the 1800s.  The Malinois’ were the first Belgium sheepherding dogs with a shorthaired coat and they eventually became the favorite sheepdog breed in Belgium.  Since the first documented birth of a Malinois in 1891, the Belgian Malinois’ have been selectively bred to focus on their working dog characteristics.  They began to be exported to other countries in the early 1900’s but didn’t become common popular outside of Belgium until after World War II.

Care and Grooming:
Belgian Malinois dogs are quite easy to groom and actually need very little of it.  Their short-haired coats don’t require trimming, but they do shed quite a lot year round so it is important to brush the Malinois well at least once a week in order to remove the dead fur and minimize the shedding.  If they are able to be as active as they need to be, their toenails will usually wear down naturally without a need for clipping.  However, if you can hear the nails click while walking across a non-carpeted floor, then the nails are too long and need to be cared for.  Malinois only need the occasional bath whenever their natural dog scent gets too strong or they have gotten dirty or muddy during play or work time.  Cleaning both teeth and ears regularly can help maintain great teeth and gum health as well as guard against infection in the ears.

The Belgian Malinois breed has a life span of between 10-14 years in general which is a bit longer than other dog breeds and indicative of a great overall general health.  However, they are genetically predisposed to some health issues that are often found in large dogs of just about any breed.  Owners should watch for signs and symptoms of epilepsy, hip & elbow dysplasia, and a few eye disorders.  Preventive measures along with early detection and treatment can slow or even eliminate the progression of some of these medical issues.

Suitability as a Pet:
Belgian Malinois dogs work well as pets in many environments as long as there is plenty of room and opportunity for ample exercise.  If they are not entertained and exercised sufficiently, the Malinois will provide their own entertainment such as chasing anything possible such as cars and children and nipping at the heels or tires as they attempt to “herd” whatever they are chasing.  Of course this can be problematic with children especially but is easily avoided simply by making sure Malinois’ get plenty of appropriate exercise every day.  Lack of exercise and boredom can also cause anxiety issues and problematic barking and/or chewing issues but can be avoided or effectively treated through adequate exercise time.

Training:
Training the Belgian Malinois dogs especially with complicated or advanced skills for service, play, and agility can be very rewarding because of their clever intelligence and enjoyment of learning new tricks, etc.  Their intelligence levels can be challenging for the trainer as well because Malinois’ are very skilled at reading just the slightest facial changes or voice tones and can quite literally know what the owner/trainer is going to ask before they know it themselves – effectively staying one step ahead of the person that can be both a lot of fun for trainer and dog alike as well as somewhat challenging.

They can be a bit stubborn at times and can become skilled manipulators if allowed to do so which makes them not the best choice for first time dog owners not well educated in the ways of dogs in general.  Positive reinforcement is the training method that works best for the Malinois but training must be consistent in order for them to realize the owner is in charge.  Negative discipline causes an increase in willful stubbornness or an increase of avoidance behaviors and is not recommended for use while training the Belgian Malinois.

Belgian Rescue
Though highly sought out by law enforcement agencies, many dogs that fail to make the grade find their way into Belgian Rescue homes such as  ABMC Rescue.  This is not to say there is anything wrong with these dogs, usually the problem is the animal is too friendly or docile for the work and thus makes an excellent family pet.  When looking for a Belgian, we recommend first contacting a rescue organisation for both information on this breed and a potential pet. 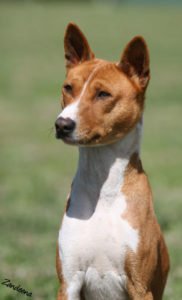 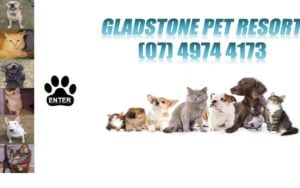 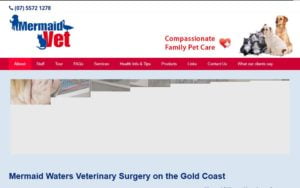