Intro
Once known for their tenacity and skill in the dog pits, these dogs were also used for hunting small game and killing rats.

Appearance
They have the look of a lamb about them, with a pear-shaped head and fluffy, curly coats. They are streamlined like Greyhounds or Whippets with an arched back. They have a long running stride and a springy walking step. They have dark, almond-shaped eyes and do not have a defined stop between the nose and the crown of the head. Their front legs are built differently than other dogs; their front feet are closer together than their elbows. This gives them the ability to quickly pivot or turn when on the hunt, and to fit into small areas where prey may hide.

They are born with dark fur that lightens to the permanent colour around one year of age. Dogs born black become silvery, while dogs born dark brown become mauve. All dogs usually have lighter-coloured legs and topknot. This is a result of the dominant “greying gene” the dogs possess.

Their coats are a combination of soft and crisp hairs that curl more around the face and head. The rest of the body is slightly less curly. They may be sandy and tan, liver and tan, blue and tan, sandy, blue, liver, or white once they develop their adult coats. They should be clipped to keep the hair around 2.5 cm long over the body and slightly longer on the legs.

History
No one knows the exact history of the Bedlington Terrier. They may be descended from the Otterhound, Dandie Dinmont Terrier, Soft Coated Wheaton Terrier, Rothbury Terrier, Kerry Blue Terrier, Otterhound, and Whippet. Their name comes from the mining town of Bedlington from which they originate. They were used to kill rats in mines; entered into races against Whippets; used for hunting badgers, otters, polecats, foxes, and rabbits; and wagered on in pit fighting. They soon gained a reputation for being fearless, tenacious, and ferocious when called upon.

In 1877 The Bedlington Terrier Club was formed, and the breed was recognized in 1948 by the United Kennel Club.
Temperament
Although Bedlingtons may look like gentle little lambs, they have aggressive Terrier personalities that go back to their dog fighting days. Good breeding has tempered some of their viciousness and added some more desirable characteristics like loyalty and devotion. They are strong-willed, constantly alert, and sassy. They love their people but like doing their own thing. This makes them difficult to train. They are great watch dogs and will wake up the neighbourhood if there’s a stranger at your door, the dog senses something amiss, someone comes into your home (even if the dog knows that person) or they hear a strange sound. They need good bark training starting at an early age so their barking doesn’t get out of control.

They tend to dig under fences in search of adventure, so they need to be supervised at all times. They can get along with other animals as long as they are raised with them. New pets generally do not get accepted by Bedlingtons. They tend to be dog aggressive to new or strange dogs, even with ongoing socialization. They will chase after and kill small outdoor animals, so need to be on-leash at all times when in an unsecured area. Take caution while at a dog park to ensure no problems ensue.

They are calmer and have a milder general manner than most other terriers. They are cheerful and friendly with their owners, and are fiercely loyal. They get along well with children but do not hesitate to nip if the child becomes rough or pushes the dog’s boundaries.

They do not like to be left alone and can become destructive if bored or lonely. They require adequate exercise and attention, like most other breeds.

Care and Grooming
These dogs need to be brushed daily, and professional grooming every four to six weeks. If left too long, the coat has a tendency to mat if not properly maintained. Most owners keep their dogs trimmed in a “pet clip” which is fairly easy to maintain, especially compared to the show clip.

Most owners keep to a six-week schedule of bathing and trimming to keep up the coat. Some do their own clipping but others find it easiest to have the grooming done professionally. At that time, the nails can be clipped as well if needed. In addition to this, the dog’s ears should be cleaned once a week and its teeth brushed once a week.

These dogs need a moderate amount of exercise – at least a couple good walks a day at minimum. They are capable of playing and exercising at length, and make great jogging companions for more active people.

Health
These dogs live quite long – up to 18 years in some cases – and have relatively few health problems. One major issue they have is copper toxicosis, a condition where too much copper accumulates in the liver and causes liver failure. Other health conditions that may affect this breed are eye disorders like retinal dysplasia, entropion, distichiasis, retinal atrophy, and cataracts; renal cortical hypoplasia; heart murmur; and patellar luxation.

Suitability As A Pet
They make a great pet for moderately to highly active single owners and families with respectful children. They are not a good dog to have if you wish to add more dogs or pets to your family later on when the dog is older. They do not do well with small children who do not understand not to bother a dog.

They can live in apartments quite easily, as long as they get plenty of exercise each day. They need early and ongoing training and socialization in order not to develop an over-zealous protective, barky nature. 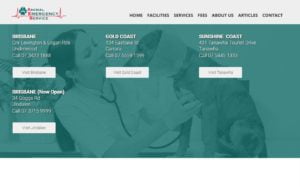 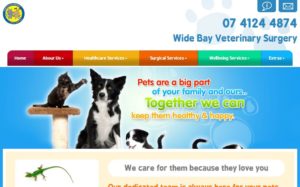