Exercise Requirements:  Regardless of size beagle needs a lot of exercise. Especially for owners that do not have any yard, one must need to take their beagle for a walk to keep their weight and to avoid boredom, since beagles are originally bred for hunting. Several walks a day, plus time for running is recommended.

Care Requirements:  Although, Beagle’s can keep a good job in cleaning his own coat, owners need to occasionally brush their hair to remove falling hair and dirt.
Lifespan:   12–15 years

Overview:  Also known, as the English Beagle, one of the smallest of the British hounds. The Beagle is considered has one of the well developed sense of smell. They have a great sense of smell and tracking which they are commonly used as detection dogs.  Beagles are intelligent, even tempered dogs.  Beagles started to be become popular during the late 16th century as they are accompanied during hunting trips and also in the modern times, as Snoopy, the world’s famous beagle from the comic strip Peanuts.

Appearance:  They have an athletic with a squarely built appearance. Beagles resemble with the English Foxhounds but have prominent heads, shorter muzzle and shorter legs.  They have a wide, drop ears.  Beagle’s eyes are large and hazel or brown in color with a distinctive expression “mild pleasing look”.  They come in a range of color but commonly in Tri-color (white with large patch area and light brown shading) or red and white.   Some tri-colored dogs have patterns and broken patterns that sometimes is referred to “pied”.  Tri-colored beagles mostly are born black and white. The white area will set by eight weeks but the black areas may fade as the puppy grow and gets mature.  Two colored varieties always have a white as base. The most common two colored variety is tan and white. Some colors from lemon vary of light tan, red, brown and black.

Temperament:  Beagles are loving, gentle and friendly. Great playmates for children and also behave well with other dogs, but since they have a hunter traits, beagle should not be left unsupervised with non dog companion pets unless well trained. They are highly sociable and smart. Although they are not to be a guard dogs, they can be a good watch dogs by making howling alert when a new person or animal are near the home or their territory. These dogs are very curious in nature and often have the habit of following a scent and may leave the area without paying attention when you call them back. Some of the common behavioral trait that a beagle can develop is separation anxiety, howling and destructiveness. A beagle that howl or bark excessively means they are bored.  Ensure they will have plenty of exercise and provide toys or something they can chew on that will keep them entertained.

History: Beagle can be traced back all the way back in Ancient Greece 5th BC that was described as a hound that would hunt rabbit and ducks by following the scent.  Towards the 11th century William I (William the Conqueror) it was recorded that he brought a Talbot hound which was predominantly white, slow, deep-throated, scent hound derived from the St. Hubert Hound.. At the start medieval time, beagles are commonly described as the smaller hounds.  They became popular at late 15th century when Queen Elizabeth had a Pocket Beagle that would be small enough to fit in a saddlebag she carries along the hunt. At a later time the English Talbot was crossed bred with the Greyhounds for speed.  And which distend the Talbot and give rise to the Southern Hound that is thought to be the ancestor of the modern day Beagle.

Care and Grooming:  Beagles have short-haired coats that can be easily be looked after. They shed the whole year but will grow thicker coats during winter and shed heavily during spring time.  Weekly brushing is recommended with a stiff spine brush and cleanse only when really needed or use some dry shampoo.  Since beagle have long floppy ear they can be prone to infection when the inner ear does not receive enough air flow or when the moist air is trapped, weekly ear checks are prudent also look for a vet approved ear cleanser. Also keep the nails cut short to avoid scratches.  Beagles are high energy dogs that would need active lifestyle to burn off their energy. Clean the beagle’s teeth biweekly to control the build-up of tartar and plaque or by providing Dent sticks available from your vet. Immunizations often called as DHLPP refers to distemper, hepatitis, leptopirosis, parvovirus and parainfluzena is also recommended to be administered.

Health:  Beagles are popular since they lack inherited health problems. But some could develop heart disease, eye and back problems, hypothyroidism, anemia and epilepsy. Size and friendly personality makes the beagle an ideal family pet.  Beagles are excellent for children and other part of the family as long as they are introduced properly. Beagles can do well in an apartment type of living, given they are walked regularly, and can do well in a house with a good yard space for them to play and run around. Since they are mainly bred for hunting Beagles loves to stay active.

Training:  They are commonly labeled as the stubborn dogs, and have been noted for being hard to train.  As early as a puppy it is recommended that they are enrolled to obedience training before stubbornness starts.  Beagle best response with positive reinforcement – by giving treats rather than punishment that would only develop avoidance traits.  Since they have great sense of smell Beagles should be supervised when they are off leashed, they tend to pick up scent and follow it and would never respond to owners call.  They often response to praises, they are a happy go lucky dogs and will be happy when they know they made you happy.

Beagle Organisations in the UK
The Beagle Club 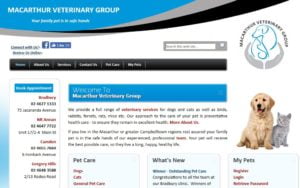 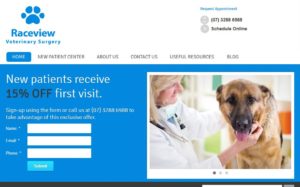