Overview:
The Basset Fauve de Bretagne is a rare breed that descended from an extinct breed of dogs from France, the Grand Fauve de Bretagne. They are relatively low-maintenance dogs in terms of care and grooming with their coat only needing brushing and a once or twice a year stripping but no trimming. They are a cheerful and alert breed that needs daily exercise whether living in the country or the city but walks with their owners take care of this need. These dogs tend to have minor issues with obedience which is mostly problematic when they are on the trail of a new or exciting scent. Their sense of smell is extraordinary and their focus on it can be difficult to manage at times. In general they have happy personalities with little tendency towards anxiety or neuroticism.

The males and females of the Basset-Fauve breed are usually around the same size in height and weight with little variation between genders. Their ears are long and floppy with hair that is shorter than the rest of the body but also softer and darker in color. The ears should only be long enough to reach the tip of the nose and should not be able to touch the ground in a head-up stance. Occasionally they will have a slight crook in the front legs to watch for as this trait is undesirable for pure-bred Basset-Fauve dogs. Their eyes and nose should be very dark (black) in color.

While Basset-Fauve do need daily exercise, this is easily accomplished with simple walks each day so they can manage apartment living just fine. Well-treated Basset-Fauve dogs are usually quite happy in personality with little tendency for anxious or nervous characteristics. They are confident dogs, steady in emotional make-up and make good companions. Even though they do need daily exercise, they are quite calm indoors and are able to tolerate stretches of time alone before their owners get home from work each night, etc. They are also easy going with children and other pets in the home. With their laid-back temperament and tough fur coat, the Basset-Fauve do not mind living or sleeping outdoors. Being not particularly interested in obedience can make these dogs a little challenging to train to listen on command, but they are not aggressive or overtly rebellious.

History:
The Basset-Fauve breed is originally from an area of Northern France known as Brittany hence its nickname, Tawny Brittany Basset. They are believed to have descended from a breed of dogs known as Grand Fauve that is now extinct. The Grands were mainly hunting dogs of the aristocracy of France and were large and fast enough to keep up with owners mounted on horseback. Once the average citizen gained the privileged of hunting that had previously been reserved for only the aristocracy to enjoy, they did not need to size and speed of the Grands to assist while hunting because they were not wealthy enough to hunt by horseback. The average person didn’t need the large and fast Grand but merely a hunting companion able to keep up with hunting on foot. It is unclear whether the breed was eventually downsized by design and selective breeding, or if it was done gradually over time as poor pheasants would own and breed only the runts of any Grand Bassets in the area. Regardless, the Grands gradually became extinct as their bloodlines were mixed with the Basset Griffon Vendeen breed and also the Standard Wirehaired Dachshund breed. Even today the Basset-Fauve breed is rare and not often seen in countries other than France and Great Britain.

Care and Grooming:
The coat of a Basset-Fauve needs moderate amounts of attention. It has wiry hair that does need regular brushing in order to keep it clean and remove any dirt or grass that gets lodged in the course fur. Even though regular brushing is a must, trimming is not. In fact, these dogs should not be trimmed at all. Trimming the coat of the Basset-Fauve damages its color and its texture as well. An occasional hair plucking is needed to get any hair sticking up obviously out of place removed from the coat in order to maintain a well-kept appearance. Their atypical coat is very handy though because it allows the Basset-Fauve to easily tolerate weather extremes.

Health:
Basset-Fauve dogs are a healthy breed in general. Their most commonly experienced health issues are connected to their ears and eyes with ear infections and cataracts being more frequent then the average canine. They have a keen sense of smell which is believed to indirectly relate to their longevity (or lack thereof). Traffic accidents as cause of death for the Basset-Fauve is significantly high and is thought to be because of their sense of smell and their extreme focus on following it once becoming interested. They are known to be overly focused on scents when on the trail of one which often leads them out into traffic they don’t notice until it’s too late. No inherent genetic diseases are documented for the Basset-Fauve, so other than ear, eye, and accident concerns, they require little corrective healthcare.

Suitability as a Pet:
Having a pet from the Basset-Fauve dog breed can be challenging because of its lack of interest in obedience – especially when on the trail of some exciting new scent. This can make walking them harder if they aren’t trained from a young age to come when called or to heel as necessary. Obedience issues aside, the cheerful nature of the Basset-Fauve and its low maintenance grooming and health needs makes them a good choice for some families when companionship is the main goal. As referred to above, their focus on scents and going off on rabbit trails whenever possible is not ideal when looking for a hiking or guard companion.

Training:
The Basset-Fauve  is not an aggressively rebellious breed but obedience is naturally unimportant to them so consistency and creativity in training is a must. They are very intelligent so can learn easily if they want to. If trained properly from the beginning, their tendency to ignore commands when on the trail of an interesting scent is easier to control as it becomes habitual to obey on command when training focuses on that particular aspect. 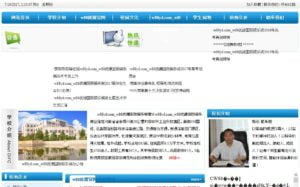 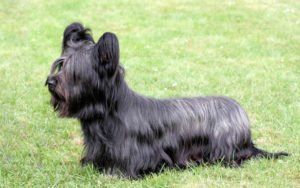