Introduction
The Barbet is a medium-sized water dog originating in France during the Middle Ages. Bred to be a retriever of waterfowl, the loveable and playful personality of this dog also made it a favoured companion. Distinguished by its wooly and curly coat, this versatile breed is skilled at swimming, agility, and herding.

Despite its long history, the Barbet is rare even in its native France. Small populations exist throughout the world and a handful of dedicated breeders are devoted to responsibly increasing its numbers without compromising the integrity of the breed.

Appearance
The most notable characteristic of the Barbet is its wooly coat, which can be wavy or curly. Its thick fur is medium to long in length and weather-resistant, which helps it adapt to cold weather and frequent swims. The Barbet is seen in a variety of colours, such as black, brown, fawn, gray, and white. White patches are often seen on the chest and feet.

The Barbet’s head is large and round, covered densely by fur. Its muzzle is short, yet broad, and its beard drapes down either side, almost giving it the appearance of having loose jowls. Its eyes are round and dark in colour and its ears are low-set, covered in thick fur, and lay long and flat.

The body of the Barbet is athletic in build, with a broad chest and strong legs. Its heavily-feathered tail is long and carried low, with a slight upward hook at the tip. The feet of this breed are webbed, which contributes to its strong swimming skills.

As with many dogs, males tend to be discernibly larger than females in this medium-sized breed. Males average 57-65 cm in height and weigh 20-26 kg, whereas females are typically 51-60 cm tall and weigh 14-20 kg.

History
The Barbet is thought to have come into existence as many as 1,500 years ago, originating in France where it served as a skilled and devoted partner to bird hunters. Its love of water made it a prized companion to sailors during this era. This versatile breed was also occasionally used as a herding dog in the French countryside. It may have later influenced the development of breeds such as the Newfoundland, Poodle, and Portuguese Waterdog.

Its name stems from barb, which is French for beard, paying tribute to the long hair that frames the Barbet’s muzzle. Its curly, waterproof coat suits it well in varying types of weather and its hardiness and durability are favoured traits that have been passed down for hundreds of years.

French royalty of 1,000 to 1,500 years ago are thought to have kept Barbets as pets, and they were beloved for their companionship and sporting skills. Despite this breed’s ties to nobility, it has always been rare outside of Europe. Fortunately for Barbet enthusiasts, there are a number of skilled breeders who are committed to keeping the breed alive.

Temperament
The Barbet is known for its even-tempered nature, as well as its good-humoured disposition. It is intelligent and eager to please, further contributing to its appeal as a companion. This breed’s obedience skills contribute to its success in agility trials.

This is a breed that bonds quickly with its owner and thoroughly enjoys human company. It makes for a great family dog, as its playful nature is pleasing to both children and adults. In addition to getting along with humans, the Barbet is also known to peacefully coexist with other household animals.

This athletic breed delights in taking part in daily exercise and activities such as swimming, walking, or playing fetch. As a sporting dog, it is also skilled at pointing, hunting, and occasionally herding. Catching and retrieving waterfowl are tasks this dog performs tirelessly and with ease. When this breed is not at work or play, it is content to sleep, preferably in close proximity to its owner.

Care and Grooming
The thick coat of the Barbet requires frequent grooming, which can be done at home. Daily brushing will help keep its curly coat from matting, particularly after taking part in outdoor activities such as swimming. Shedding, though not generally an issue with this breed, can also be reduced by frequent and thorough brushing.

Properly maintaining the Barbet’s curly coat is typically a daily commitment, which is why some owners choose to have the coat clipped short. It is important to note, however, that a short coat can affect this breed’s ability to withstand harsh weather with the same ruggedness and hardiness for which it is known.

Care should be taken to keep the area surrounding the eyes clear of hair, as this may impair vision or cause irritation. The inside of the ear should also be kept free of hair.

Health
There are few known conditions that affect the Barbet as a whole, which may be attributed to the rarity of the breed.

One potential problem in waterdogs such as the Barbet is the risk of ear infections. Care should be taken to ensure that the ears are dry and clean, particularly if the dog spends a considerable amount of time swimming.

Epilepsy is not a widespread problem with this breed and proper genetic testing will help keep this problem to a minimum.

Hip dysplasia, a condition that affects the hip joints of some medium- or large-sized dogs, is also a potential health concern for the Barbet.

Sustainability as a Pet
The Barbet makes for an ideal pet, with its affectionate, goofy nature and its gentle disposition. It loves exercise and needs a considerable amount of activity each day, which can be done through many physical outlets such as running, chasing, or retrieving. This breed is also skilled at obedience and agility trials, though swimming is likely to be its favorite activity by far. The Barbet is the ultimate outdoor companion for hunting and sporting enthusiasts.

A breed such as the Barbet gets along well with people of all ages and it will be happiest in a home where it feels like part of the family. Though leadership and guidance are crucial to the success of this breed as a pet, this is an intelligent dog that is always eager to please.

A large yard is ideal for the Barbet, although plenty of exercise will suffice if one is not available. This breed tends to be well-mannered indoors and will serve as a great addition to a household in search of a charming, affectionate, and fun-loving dog. 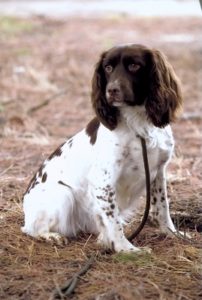 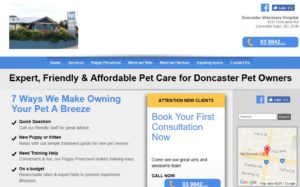 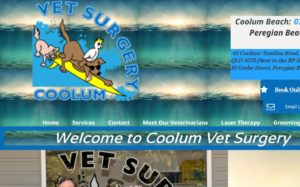