The Australian Kelpie, most often referred to as the Kelpie, is a highly intelligent herding dog with natural droving instincts. Its history dates back to the late 1800s and there are two leading theories regarding its origins, though it is certain that the Kelpie was purposefully bred for its herding abilities.

One theory suggests that the Kelpie is a descendent of the Scottish Collie, brought to Australia in the 1800s to help farmers with sheep and other livestock. Another theory suggests that the Kelpie is actually a cross between the Border Collie and the dingo. The Border Collie has similar talent as a herding dog, so the connection between the two breeds is a logical one. The dingo, on the other hand, has a reputation of being a threat to livestock. Despite their physical similarities, many people are hesitant to believe the Kelpie and the dingo share the same blood since the Kelpie generally works peacefully with livestock.

This breed is the most popular herding dog in Australia and is now seen around the world in countries such as Canada, the United States and New Zealand. In Sweden, the Australian Kelpie is valued for its skills in search and rescue.

The Australian Kelpie is a stocky, compact dog that can be seen in a wide variety of colours. There are two classifications for this breed: the working Kelpie and the show Kelpie. The only colours permitted for the show Kelpie are solid. Colouring of the working Kelpie is virtually unlimited. Show Kelpies must be black, blue, chocolate, fawn, red or tan in colour. Working Kelpies may be any of these colours and may also have lighter markings, particularly around the eyebrows, face and chest.

Working Kelpies are bred for their ability to herd rather than their appearance and may be bigger in size than show Kelpies. This breed has a dense undercoat and a short, smooth outer coat that is weather resistant, which serves them well in outdoor work. They shed an average amount and require only occasional brushing. Bathing may be necessary if the dog becomes dirty, but frequent bathing may detract from the coat’s natural oils. Overall, this is a very durable, low-maintenance breed when it comes to the care of its coat.

This breed is approximately 45-55 cm in height and 15-25 kg in weight. It has large, pointy ears that stand upright, contributing to the dog’s alert expression. It has a long, thick tail that hangs low. The Kelpie’s almond-shaped eyes are generally dark in colour, but may also be blue.

The unbelievably strong work ethic of the Kelpie is its signature trait. It most commonly works with cattle, goats and sheep and can do so in a wide variety of weather conditions. It is prized for its ability to work tirelessly and for long periods of time. In a single working day, it can effectively herd thousands of animals across dozens of kilometres. The Kelpie has a unique herding method and will often climb on the backs of livestock in an effort to get to the front or back of the herd more efficiently. This is not intended to harm the animals and the Kelpie will only nip at livestock if necessary.

This breed makes a wonderful companion provided it has an outlet for its energy and high stamina. The Kelpie will not be content spending a great deal of time indoors and needs a considerable amount of daily exercise. Lack of sufficient stimulation can result in destructive behaviour and a decline in the physical and mental health of the dog. The Kelpie enjoys jogging and walking and will be happy on a farm or in a large, fenced-in yard. This breed also excels in agility exercises.

The Kelpie is extremely intelligent and capable of being trained. It loves to please its owner and is great with families and other animals, though it may try to good-naturedly herd people and animals. Nipping at the heels and ankles of people is a trait that can be discouraged with obedience training. As a result of the breed’s intelligence, it is very independent and can have a stubborn nature. It relies on its owner for firm leadership and without this guidance it may display undesirably dominant personality traits.

This is a hardy breed not prone to many illnesses, but the Kelpie may still be prone to conditions such as hip dysplasia, retinal atrophy, luxating patella and a genetic neurological disease called cerebellar abiotrophy.

It is not uncommon for the Australian Kelpie to reach 14 or more years of age, though the average lifespan of this breed is 12-14 years.

Australian Kelpie Organisations in the UK 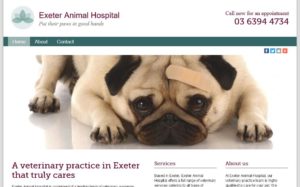 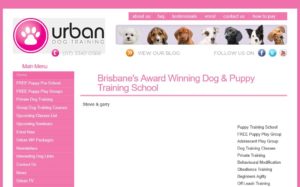