Intro
These dogs, the smallest of the Spaniels, are named after the woodcock bird they hunted.

Appearance
The American Cocker Spaniel has a silky coat with long feathering. The head is a round dome-shape, with long, fringed drop ears set low. It has squared-off lips, an upturned brown or black nose, and large, round, liquid eyes. They have very distinct eyebrows.

When the dog is standing, it has a slightly sloped back from the shoulders to its hips. The legs are short and feathered. The tail is also feathered.

The fur on the head is short while the fur on the chest, ears, and neck is moderately long with some feathering. The remainder of the body is feathered with fine, silky hair. These dogs come in all colours ranging from light tan to black, black and tan, particoloured, and coloured with tan points. 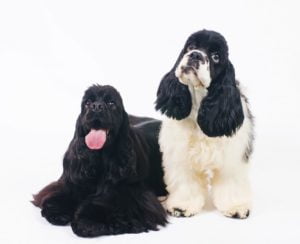 History
The Spaniel group (formerly called “Spanyells”) has been around since the 1300s. They were bred primarily to hunt. English Cockers were imported to North America in 1620 by bird hunters and were used to flush and retrieve grouse, woodcock, and pheasant. American Cockers developed from English Cockers starting in the early 1900s. By the 1920s, the two breeds had apparent differences; the American version was smaller, had a softer coat, and a smaller muzzle. In 1935, it became unacceptable to breed the two types together. In 1946, the American version was recognized as a separate breed by the American Kennel Club.

This breeding program focused more on appearance rather than instinct, skill, or personality. According to the American Kennel Club, the American Cocker Spaniel was one of the most popular breeds in the United States in the 1940s. Now its popularity has sunk to within the top 15 dogs in the U.S and has gained popularity throughout the world.

Temperament
They bond very closely with family members and are gentle, sensitive, and happy. They are outgoing and charming and make a popular family pet. They thrive on human attention and are loyal little dogs. They love children, as long as they have been properly socialized, and can get along with other dogs and cats if they grow up with them.

They are welcoming to all visitors and so don’t make very good guard dogs. Some may bark when a stranger comes to the door but don’t rely on them for their watchdog abilities.

They rank about 20th when it comes to intelligence and trainability. They love to please their owners and this makes them easy to train. They are very sensitive and require patient and gentle training methods. They do best with positive reinforcement and short training sessions spread throughout the day. It can be difficult to housetrain Cockers, so crate training is helpful.

These dogs are alert to the presence of small animals and birds and will take chase. Because of this, they should never be allowed off-leash in an unsecured area. Dogs with perfect recall are exceptions, although they still might become distracted by the chase and could run into the path of a car.

Some can be shy or aggressive without proper socializing. The optimum time to begin socializing Cockers is when they are two to five months old. This should include exposure to new situations, animals, and people in a non-threatening way. Children must be gentle and affectionate and never rough with these dogs.

Older American Cocker Spaniels can get snappy when they are elderly.

All can develop separation anxiety or boredom. They can be left alone for short periods but can develop chewing or barking habits if left for too long.

Care and Grooming
Their long coats are prone to tangling so need daily grooming. Their long hair needs to be combed and their shorter hair should be brushed. Always comb in the direction of the hair growth to prevent breakage. A slicker brush once-through will finish it off and get rid of any fine knots. Always use a soft bristle brush on the dog’s head and ears.

Some people choose to keep their dogs in a puppy or sport cut to minimize tangles and mats. This makes them easier to care for, especially when the dog is used for hunting purposes.

Due to the breed’s tendency to develop eye and ear disorders and irritations, they need to have special care paid to those areas. At least once a week, dampen a soft cotton cloth with warm water and clean around the eyes. Watch for excessive tearing, as this can be a sign of ectropion and entropion. Remove any debris to help prevent infections. Never use soap. Your vet may recommend a cleaner that is safe to use.

Once a week, inspect the dog’s ears for dirt, debris, or signs of infection or irritation. Use a cotton ball soaked in a vet-approved cleanser as necessary. You should also brush its teeth to reduce the incidence of tartar, bad breath, tooth decay, and gum disease.

Like other dogs, a Cocker’s nails should be clipped once a month, unless it wears them down outside on hard surfaces.

They need quite a bit of exercise per day, particularly as pups. A couple of walks and a romp in the park should be sufficient for younger dogs. Older dogs do fine on one good walk a day and some occasional play. As a breed, they enjoy games of fetch and love to play with their owners. They do well in obedience, flyball, hunting tests, and agility. They also make great therapy dogs.

Choose a dog from a reputable, conscientious breeder to avoid health problems. Most American Cocker Spaniels live 12 to 15 years.

Suitability As A Pet
They do well with respectful children, as long as the dog is well-socialized. They do best in homes with active families who enjoy outdoor activities. These dogs can live in apartments or country homes, although they prefer to have a yard in which to play. As long as they get enough exercise, though, they can adapt to living in a smaller home.

They still have natural flushing and retrieving skills so can be used for hunting companions. 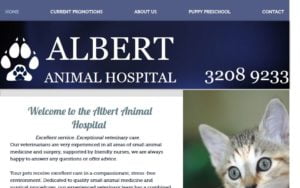 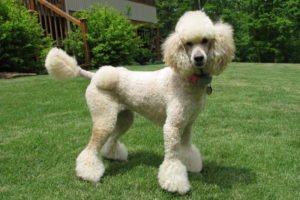